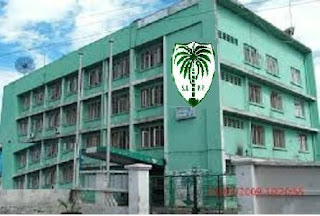 Christian Lawyers Centre (known as Legal Link) is perturbed by the volume of verbal attacks on Basita Michaels Esq, the President of the Sierra Leone Bar Association, for simply expressing her candid opinion on how sustainable peace and national cohesion can be achieved during the Bintumani III Conference.


As an organisation that defends the rights of Human Rights Defenders in Sierra Leone, we take the greatest exception to this unsavoury behaviour in a democratic society.

We have taken pains to listen to and critically analyse the statement of Basita Michaels at the Peace and National Cohesion Conference ( Bintumani III) for which she is being vilified.

It is our candid opinion that her statements were not only factually correct but were also said in good faith and at the right platform whose primary objective was to seek for solutions that will foster lasting peace and social cohesion in the state.

As a matter of fact, the ECOWAS Representative and the Representatives from Kenya and Rwanda also made strong statements and condemnation against policies and practices within a state that marginalizes a particular group of persons on the basis of their tribe, sex, region, colour or political orientation.

There was consensus amongst all the international Representatives present at Bintumani III that such political ethnocentricism, narrow and parochial assumptions should be detested in the state if lasting peace and social cohesion is to be achieved.

But why then the verbal outrage and outburst on Basita Michael's presentation and not her male counterparts? The reason is simple - Dominance; sexism; parochiality and male chauvinistic attitudes at play. It is not a coincidence or a surprise that all the frontline critics of the iron lady have been men. I will explain.

In Sierra Leone, notwithstanding the plausible efforts of past and current governments to put women at the centre of development through the enactment of laws and policies, much cannot be accounted for in terms of real gains and successes.

A cursory look at women's representation in the legislative, executive and judicial arms of government in Sierra Leone will reveal that challenges still exist in terms of access, equality and non- discrimination.

It is important to emphasize that Basita Michaels is not the only victim. Other notable women that have dared to cross the line have faced similar embarrassments and assassinations of their characters.

Marcella Samba, Head of Campaign for Good Governance has also witnessed her own lots for standing up and speaking out. Her forthrightness and aggressiveness in pushing for the truth has been often misinterpreted to mean disrespect for state officials and protocols. Her recent admonition over 98.1 radio for both President Bio and the former president, Ernest Bai Koroma, to reach out to each other and be seen hand in gloves before the conference was greeted with strong outrage and resentments by critics in many social media platforms.

Let me end with Dr. Sylvia Blyden, a leading female journalist and founder of the Awareness Times Newspaper in Sierra Leone. Without any gainsaying, Sylvia has been the most criticised of all women in the nation of Sierra Leone. Unfortunately, bulk of the criticisms levied against her person and newspaper could be traced to her undying quest and fearlessness in interrogating the social injustices of the land.

From the above points raised, it stands to reason therefore that the verbal outbursts and rhetorics on Basita Michael's presentation was not just an exception but rather a display of a continued pattern, a rule as well as an optic revealing the gauge and extent to which our society is still in denial of providing the space for women to fully participate in the social, political and decision-making processes in Sierra Leone*.

To this end, we may need our government to do more than just the ordinary if the status quo is to change in fundamental terms.

Below are a few recommendations.

Firstly, we may need to embark on smart and concrete solutions that will help demystify rhetorics and nuances that undermines women's empowerment in Sierra Leone. Like Rwanda, a country reputed as model to the world in terms of Women's access to political and decision-making platforms, Sierra Leone should implement to the fullest the TRC's 30% minimum quota recommendation in all spheres of public life. This will certainly help in changing attitudes and perceptions of Women in Sierra Leone.

Also, being a party to the CEDAW CONVENTION and the MAPUTO Protocol is good but translating such legislative obligations into real outcomes at the national level is what is desirable. Sierra Leone needs to do more in this direction.

Finally, from the plethora of attacks that have been levied against women activists both in the past and in the now, it begs for the urgent passing of a law that protects human rights defenders in Sierra Leone.

*Basita, Marcella, Yvonne, and Sylvia all share one thing in common. They are all women activists using their various platforms to advocate for constitutionality, rule of law, justice, social cohesion and political reforms in Sierra Leone. They need full protection of the law as they make the requisite sacrifices for the good of all*.

The resentments, animosity, hate, and bickerings against women are getting beyond the ordinary. The levels are soaring.

Let's act NOW! before it's too late.

LEGAL LINK, a non- profit legal advocacy group that seeks to defend the rights of religious communities and vulnerable groups in Sierra Leone through public interest litigation, advocacy, legal and policy reforms and ensuring respect for fundamental human rights in both domestic and international law.