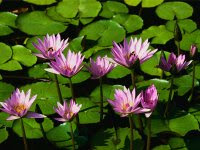 It was a car engine chug-chug-chug-chug-chugging to a stop that made me raise my head up above the veranda's lentern. I could just see the top of a parrot-green car as I arched my back and craned my neck as high as it could go. I shuffled closer and held on to the lentern's edge, pressing my face on my hands. It was Dodo. And I could see she was wearing one of her hugest, baddest street-sweeping kanabi as she stepped out from the half-open taxi door. I had dreamed of wearing a kanabi just like hers ever since the day I had seen her kanabi swoop up a black-mint wrapper and carry it whirring like a little dust devil. She had been flouncing some place. So I followed her wide-hipped behind, and her split back in a halter until she turned where Milton met High Broad Street and she was gone.
Post a Comment
Read more