Showing posts from March, 2016
Show all

Former minister of finance Kaifala Marah got reassigned as the nation's bank governor in last week's cabinet reshuffle, but some of his fans are not too happy. Today, he posted an open letter on Facebook addressing the change, duty, and public service.  My dear friends,  As you are all aware, His Excellency The President, Dr Ernest Bai Koroma on Sunday 13 March 2016, reassigned me to the post of Governor of the Bank of Sierra Leone as part of a Cabinet reshuffle. During the last few days I have guaged the mood among friends and noted the change has been received with mixed-feelings. I wish to let you know that I am very much pleased with the decision of the President. I am tempted to share with you (although some of us already know this) that the Ministry of Finance and Economic Development deals with planning and fiscal policy among others, which is one side of the economy, and the Bank of Sierra Leone handles Monetary policy, which is the other side of the econom
Post a Comment
Read more

Alpha Sibbie (left) and Sheku Ngaojia have been released from custody after paying a million Leones per head.  Earlier this month, both men were facing a year in jail for producing a film titled "Tribal War: Mende vs. Temne" Jittery government of Sierra Leone officials have called the movie, “heartless," and said it "was capable of causing mayhem” in the post-war nation eyeing election season in less than a year. Sierra Leone was ravaged by a war that lasted from 1991 to 2002, and resulted in 70,000 casualties and 2.6 million displaced people.  The war was characterized by widespread atrocities, including the abduction of children. The chopping of arms and legs also became synonymous with the brutality. F ew people have seen the 2016 film produced by the two filmmakers from Bo, Sierra Leone’s second largest city.  But a review by John Solo provides one of the most objective analysis of the film’s techniques and thematic content.  Here’s what w
Post a Comment
Read more 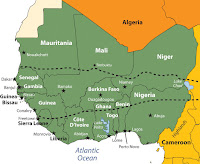 After terrorists struck cities in Burkina Faso and Mali, the BBC asked  where next?   In a  statement  issued this week, the Economic Community of West African States (ECOWAS) expressed  outraged at the news of the terrorist attack perpetrated in Grand-Bassam,  Cote d’Ivoire.  The ECOWAS Commission said it is  closely monitoring the situation, and  is in total solidarity in the fight against terrorism.  The Commission also said it is committed to the creation of a broad anti-terrorism front. When?   For each attack, the terrifying stories of those who survived massacres feed a growing climate of fear while West African governments struggle to provide a solid response. But in the meantime, these survivors' dramatic tales have become all too familiar in the region. Everywhere, populations are left with the dreadful question: when and where is next? In March 2013, Martin A. Ewi, a senior researcher, Transnational Threats and International Crime Division, ISS Pret
Post a Comment
Read more 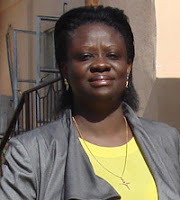