Showing posts from January, 2019
Show all

Why January 6, 1999 went down as an unforgettable day in Sierra Leone's history 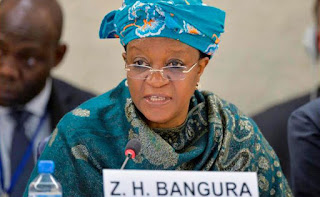 Zainab Hawa Bangura recalls how Freetown was caught off guard in the days leading up to January 6, 1999. She remembers the fearless, unarmed students and civil society members who stayed behind to confront the rebels. The original article is archived on the website of the University of Makeni in Sierra Leone.  B y Christmas Day 1998, the rebels led by the late Solomon A.J. Musa (SAJ Musa) were at Waterloo and Freetown was under siege. Sierra Leone had collapsed like a pack of cards under the combined invasion of the Revolutionary United Front (RUF) and the Armed Forces Revolutionary Council (AFRC). By some divine intervention, SAJ Musa died mysteriously on the outskirts of the city before the year rolled over. His death delayed the attack on the city as we were later informed. Following reports of his death, we knew it was just a matter of time before all hell broke loose. The civil society was working with Economic Community of West African States Monitoring Group (ECOMOG), th
Post a Comment
Read more 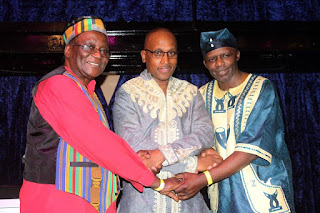 Sierra Leone's Collins Pratt has been honored for services to Music in the West African community in South London. The New Year’s Honours list 2019 recognizes the outstanding achievements of people across the United Kingdom. Sewa News spoke to Amanda Ann, Collins's wife of more than 20 years, to find out more about this popular musician.  C ollins Brian Ade Pratt, a.k.a 'De Champ' has been in the music industry for four decades. The sounds of his musical instruments have resounded in scores of churches and community halls, crossing continents as well as classical, dance, and highlife genres. Primarily self-taught, Collins learned to play by ear in Freetown, Sierra Leone. When he was only 16  he was appointed an assistant organist at Freetown's Buxton Memorial Methodist Church. Under the guidance of the late Lloyd Beckley, Collins made his debut into the organ music world. At the time, the young musician was also a pianist at the Prince of Wales School in Si
Post a Comment
Read more

Is Sierra Leone’s Bio Going After Corruption or His Adversaries?

As 2018 came to a close, police cracked down on supporters of the All People's Congress (APC), Sierra Leone's main opposition party. The skirmishes in Freetown, Sierra Leone's capital, come as political tensions mount with pro-government commentators invoking ethnic loyalties in their portrayal of the main opposition APC as a "party of thieves" and former cabinet ministers who served in the last administration are locked up.  Earlier in December, Jamie Hitchen, an independent researcher who studies politics in East and West Africa, published commentary on what he thought was driving the ruling party's agenda. Hitchen's article "Is Sierra Leone’s Bio Going After Corruption or His Adversaries?" was first published in World Politics Review.  I n late October, a corruption inquiry into the activities of Sierra Leone’s former ruling party, the All People’s Congress, or APC, came closer to reality when a procedural vote in the APC-dominated parli
Post a Comment
Read more
More posts