Showing posts from October, 2020
Show all

Julius Maada Bio has been president of Sierra Leone since April 4, 2018. One hundred days from that date is Friday, July 13, 2018. So why are Sierra Leoneans talking about his “First 100 Days” more than two years after he took office? What's the importance of his first 100 days as a  benchmark for an administration when non-mining activities are still constrained by the lack of access to power and good roads; and corruption and undeveloped human capital continue to deter investors? Sierra Leone still ranked 43rd among 47 countries in the region, and although its economic freedom improved earlier in the decade, Sierra Leone fell back into the repressed category in 2019 and remains there in 2020.  An influential public policy organization in the United States calls Sierra Leone 'one of the world’s 10 most impoverished and least developed countries' with the most pressing areas for improvement being financial freedom, government integrity, and labor freedom. Moreover, Sierra L
Post a Comment
Read more 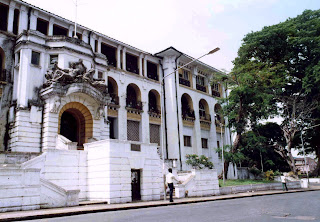