Alpha Sibbie (left) and Sheku Ngaojia have been released from custody after paying a million Leones per head.

Earlier this month, both men were facing a year in jail for producing a film titled "Tribal War: Mende vs. Temne"

Jittery government of Sierra Leone officials have called the movie, “heartless," and said it "was capable of causing mayhem” in the post-war nation eyeing election season in less than a year.

The war was characterized by widespread atrocities, including the abduction of children. The chopping of arms and legs also became synonymous with the brutality.

Few people have seen the 2016 film produced by the two filmmakers from Bo, Sierra Leone’s second largest city. But a review by John Solo provides one of the most objective analysis of the film’s techniques and thematic content.

Here’s what we know from Solo’s review:

The movie, Tribal War, is set in pre-colonial Sierra Leone--before 1787, when the British  arrived. The film opens with a land dispute that leads to violence between villagers in Konta and Banta chiefdoms.

The deadly clashes are always followed by the movie’s theme song urging both groups to put an end to their bitter rivalry.

However, matters take a turn for the worse when the daughter of the Temne chief falls in love with the warrior son of the Mende chief and flees her father’s house.

After a brief protest by the Mende chief, he accepts the estranged princess from Konta as his daughter in law to the tune of a beautiful ode to love.

But the course of true love didn’t run as smoothly in Konta. Incensed, the Temne chief lashes out at an emissary sent by the Mende chief to intercede on behalf of the new couple.

The killing of the messenger from Banta reignites tensions between Konta and Banta and full-scale war ensues. Later the two chiefs face off in a battle of wills, “employing magic to demonstrate their prowess.”

When there seems to be no hope for resolution, an ancestral spirit appears. It tells the two chiefs that the Temne and Mende are descendants of twins who were separated at birth. The movie ends with the chiefs, their families, warriors, and the new couple in a group hug ---one big happy family.

“It is a story with a moral, but would Sierra Leone appreciate it?” asked a WhatsApp group subscriber. “Are we really ready for such works of art?”


“The movie is not inciting tribal hatred, it is doing the opposite,” replied somebody else on the same group. 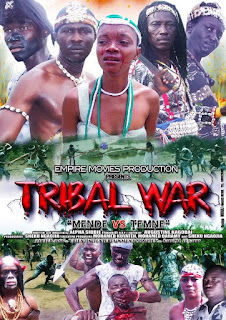 “The title may be uncomfortable, but we can’t damn the movie on the basis of its title alone!”

The community theatre actor added that in 2012 (the last election year) he had done a skit on the same subject of tribalism in the run up to the elections.

“It was more to the point, addressing the issues today,” he wrote.

“We took it on tour across the country and were applauded everywhere, by everyone, including politicians, traditional, and religious leaders.

"I need to see this movie to determine what’s so wrong about it,” he wrote.

The pushback from critics, who haven’t seen the movie, was swift.

"The title of the movie is divisive and has the tendency to create unrest,” one critic protested.

“I think the title "Tribal War: Mende vs. Temne” is ill advised,” another opined.

“Just like it would be ill advised for a film to be titled ‘Jews vs. Germans,’ ‘War: Mormons vs. Evangelicals’ or ‘Racial War: Blacks vs. Whites in America.’ He added”

"What should we make of [sensational] newspaper headlines, or poisonous song titles? asked another group member, alarmed at the implications for the art and practice of story telling in Sierra Leone.

The Sierra Leone Film Council, and African filmmakers in powerhouse Nigeria, Ghana, Tanzania, Rwanda, and South Africa advocated strongly for the release of the filmmakers, Alpha Sibbie and Sheku Ngaojia. Both men were ordered to pay a million Leones each or face a year in jail. 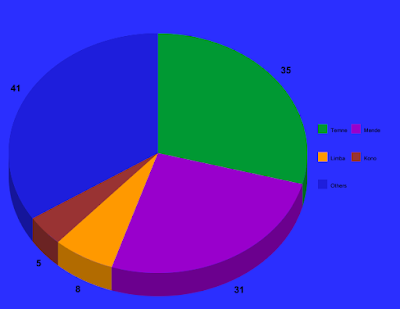 “This movie is the country's best traditional film ever as it preaches against the menace of tribalism, which is eating into the fabric of our nation. ... [Rumors] going around claims that the president has heard about this movie and he is interested in the idea the movie is about, while others says the government has banned the movie. Whatever the case is the movie is making it way internationally. So what are you waiting for? Grab your own copy now."