April 04, 2015
Observers say the controversy erupting in Kailahun over the case of a dead baby might just open up critical questions on the Ebola epidemic in West Africa.

"While the child appears to be at the center of this controversy, the real question being raised here is the mode of transmission: Is this virus transmitted or transfused?" asks Chernor Bah, chairman of the African Socialist Movement of Sierra Leone.

Bah thinks “we need to listen to Mr. Bonapha's concerns.”

"We are strongly contesting the validity of the one case today in Kailahun.  A young child of 9 months, fell ill and was hospitalised at the Nixon Memorial Hospital in Segbwema. They requested blood transfusion and a donor offered his blood. Eventually the child died and a swab was collected to verify the cause of death. It is this result that has created doubt in the whole system."


Bonapha went on that his position on the matter is for a person to be infected:

1. S/he has to come in contact with an already infected person
2. S/he must have touched the vomitus, urine, silver, excreta or the sweat of an infected person
3. In the case of an Ebola survivor, s/he can infect another person through breastfeeding or sexual intercourse.
4. Or in the case of a patient in need of blood, if the donor is an infectious person or a survivor within the grace period of abstinence. (3-6 months) 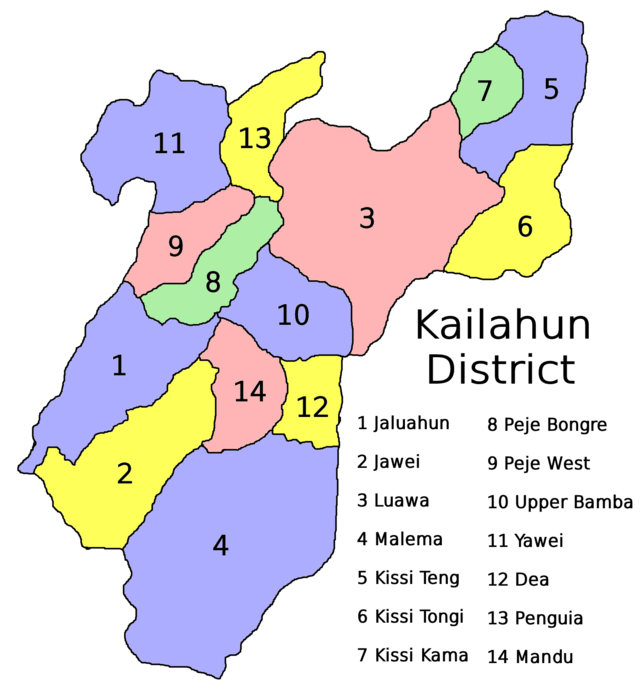 Bonapha argued that if the swab result showed that the nine-month-old child died of Ebola, then he must have gotten the virus from the immediate care giver, which is the mother in this case.

"As I write, all the family members of the late child including the mother are very healthy and alive."

Bonapha called the idea of a twenty-one day quarantine "quite illogical."


“If the child got it from the mother, the mother would first have manifested symptoms before transmission, but this was not the case. The child could not have got the virus through breastfeeding because the mother is neither an Ebola survivor, nor has she up to now manifested any signs or symptoms. The uncle of the child who donated his blood has stayed in Segbwema for over nine weeks without leaving the town and he is also not a survivor."


"My suspicion is that either the swab result was interchanged, or the blood that was donated for the child was reserved in the blood bank and the same blood group as the one donated by the uncle used on the child. Until the contrary is proved, we will continue to disown that result."

In a sanguine response, Dr. Blyden said "This is the time for mature leadership from Kailahun. I think the child's swab test should be re-run or if the corpse already buried, for the body to be exhumed for another swab test to be collected and re-run," she advised.

Blyden's informed opinion is that either the blood donor uncle or lactating mother might be asymptomatic Ebola carriers.

"They must both be tested thoroughly. The mother's breast milk especially so," she said. "The mother and entire family must in the interim be subjected to 21 days quarantine."

Kailahun district has gone from Ebola hotspot with up to 80 infections a week in June 2014 to zero new cases over the last 100 days.

"While the child appears to be at the center of this controversy, the real questions being raised here is the mode of transmission: is this virus actually transmitted or transfused?" asked Chernor Bah, chairman of the African Socialist Movement of Sierra Leone. Bah thinks Bonapha's concerns are central to the issues surrounding the epidemic.