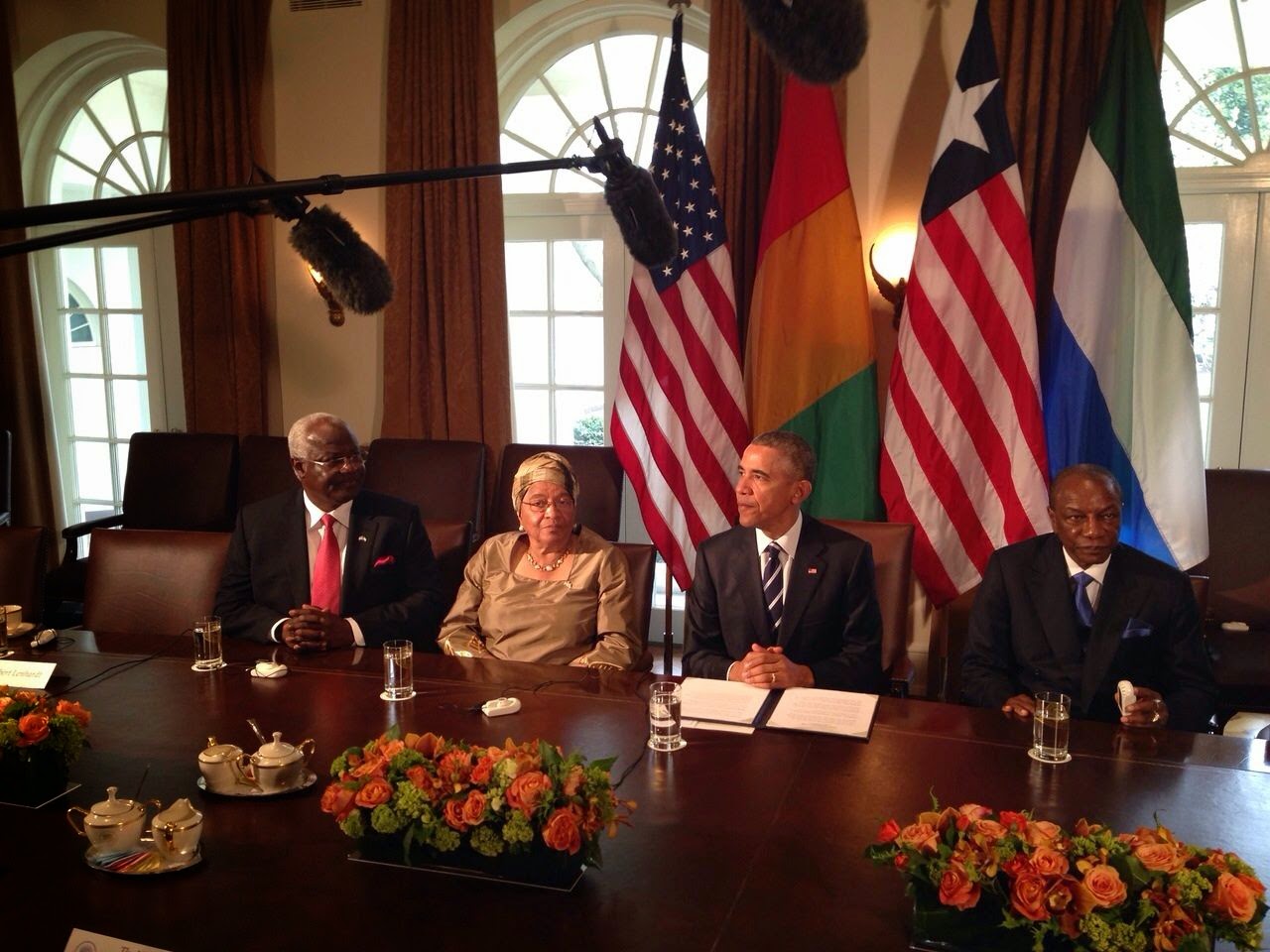 President Barack Obama met with presidents from the three Mano River Union countries that have been most affected by the recent Ebola outbreak Wednesday.


President Obama discussed the progress made in the international Ebola response to date with his West African counterparts.

They also reviewed how the United States can continue to partner with the Mano River region to pursue the ultimate goal of getting zero Ebola cases, turn sights to long-term economic recovery, and establish capacity to prevent future outbreaks from becoming epidemics.

"We're proud to partner with you, and we intend to see this through until the job is done," Obama told Presidents Ellen Johnson Sirleaf of Liberia, Alpha Condé of Guinea and Ernest Bai Koroma of Sierra Leone.

"Last week, there were fewer than 40 new cases; so we've seen major progress," Obama added. "Now we're focused on the shared goal and that is getting to zero."

To date, the region has recorded more than 24,870 cases and 10,300 deaths, nearly ten times the number of total deaths from every other Ebola outbreak combined.

The World Bank said in a report January that the virus will have a major impact on countries directly affected, resulting in at least $1.6 billion in lost economic growth this year or over 12 percent of their combined GDP's.

Just over a week ago, President Obama met with his international health and national security teams to discuss what more can be done to get to zero Ebola cases in West Africa.

According to the White House, the President’s advisors updated him on the situation in the region and briefed him on measures currently underway to end the epidemic in Sierra Leone and Guinea.

The President emphasized the urgency of getting to zero, and directed his team to staying engaged to prevent future outbreaks from becoming epidemics, reiterating that the U.S. Government will continue the fight against Ebola until all cases in the affected countries are contained.


President Johnson-Sirleaf is currently the chair of the MRU.