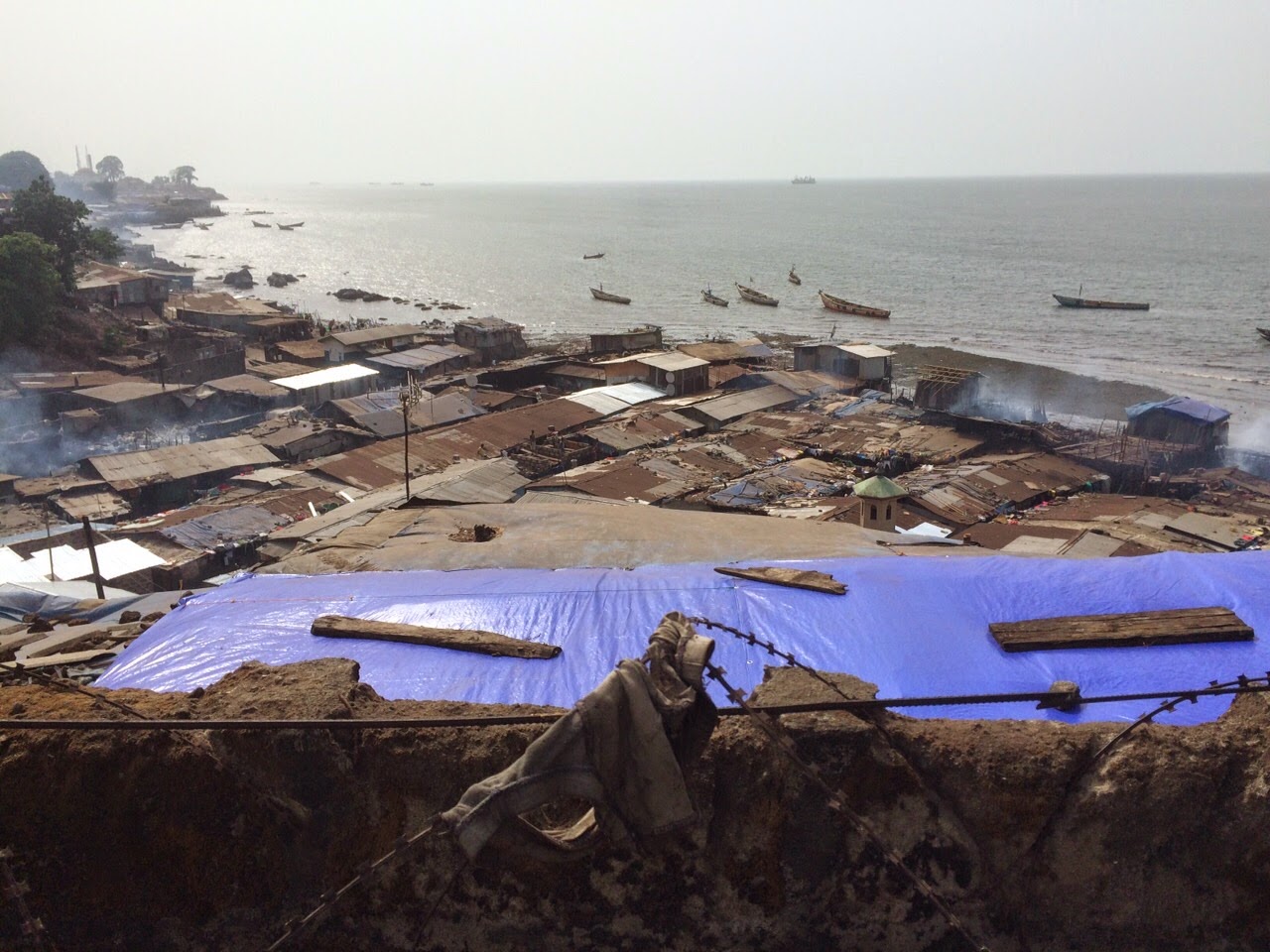 Almost five years ago, a Concord Times reporter had this to say about Moa Wharf, a low lying coastal slum area in Freetown's eastend where three families were quarantined recently.

Moa wharf is home to an estimated population of seven thousand people, many of them children.

Life in Moa wharf, as in many Sierra Leonean slums, is difficult. Hundreds of thousands of people live with no proper sanitation.


On March 18, the newly confirmed Ebola cases  in the Western Area Urban, were from the Tripoli-Moa Wharf hotspot.

As well as care kits, instructions were given on how to use the kits and mix chlorine properly. Basic food supplies were also distributed to over 30 persons. They also took photos which they shared here.


A walk from Moa Wharf in the east end of Freetown through Susan’s Bay, past Falconbridge Point and onto Kru Bay is an expedition through a world whose existence many Sierra Leonean are unaware of, writes Hadi Bah in "Historic bays of Freetown now home to world-class slums"