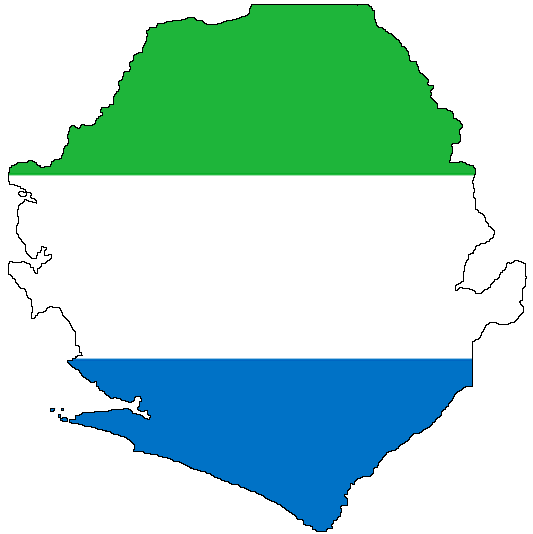 Since the Ebola epidemic exploded into Sierra Leone in May 2014, the disease has claimed more than 1,250 lives and the virus continues to outpace efforts to contain it.

In October, Save the Children warned that a rate of five new Ebola cases an hour in Sierra Leone means healthcare demands are far outstripping supply.

According to the World Health Organization, 24 percent of the total number of 6,000 Ebola cases in Sierra Leone have been reported in the past three weeks.

Although doctors and nurses in Sierra Leone are laboring to combat the Ebola outbreak, which is putting enormous strain on the limited healthcare facilities, and emergency medicine volunteers have flown in from various countries to help in the fight, Sierra Leone remains a country with widespread transmission.
In response, a new medical organization plans to tap Sierra Leonean born doctors, nurses, and public health professionals around the world to fill the gap. For more information on the US-Sierra Leone Healthcare Coalition Taskforce approach see the press release below.

Washington, D.C. 11/20/2014—A group of Sierra Leonean doctors, epidemiologists, public health experts, nurses and health care workers in the United States have launched an effort to give a helping hand to everyone working to end the five-month long Ebola epidemic in Sierra Leone.

In collaboration with the Embassy of Sierra Leone, Washington, D.C., the United States-Sierra Leone Health Care Coalition Task Force intends to expedite the process in which Sierra Leonean-born medical professionals and health care providers can be tapped to serve as volunteers, and enhance the country’s first responders’ capabilities and capacities.

The United States-Sierra Leone Health Care Coalition Task Force, which was created after a meeting called by Ambassador Bockari Stevens in Washington D.C. in September, will address the crisis by providing expert opinion to Sierra Leone’s National Ebola Response Center (NERC), the Ministry of Health, and medical and nursing associations, on how the virus can be contained.

"Already, there have been weekly meetings and we anticipate a call to action of Sierra Leoneans within the United States. We have reached out to the head of NERC and plan to utilize associations with medical professionals in Sierra Leone,” says Dr. Ibrahima Diallo, chairman of the new coalition.

The Task Force intends to be engaged in a number of initiatives, notably a community forum for diaspora organizations in partnership with the United States Department of Health and Human Services, leading U.S. government agencies and the White House.

The Task Force will collaborate with diaspora health-care professionals to improve understanding of the Ebola disease life cycle, key issues, problems and perceptions, and their roles in supporting and educating`their families and community to better share information on how the disease is contracted and how decisions can impact the current crisis.


“One of the critical needs in the response to the Ebola outbreak at home now is ensuring that quality care, treatment beds, PPEs, and medical ancillaries are available at community-, holding- and Ebola treatment centers. Each of the beds needs a complement of 3-5 medical and support staff to provide care on a 24-hour basis, if we are to tip the epidemic. Therefore, it is imperative that our diasporas are involved in the process now,” said Ambassador Bockari Stevens.