December 01, 2014
In a WhatsApp group Sunday, Sulaiman “Justice” Musa of Bo, Sierra Leone's second city, marked a career milestone with a look at some of his achievements, folk who helped him along the way, and people he has worked with. 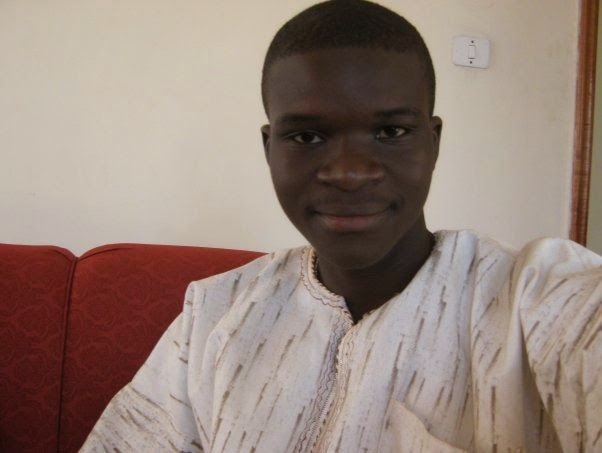 "It's 5 years since I stepped down as leader of the Children's Forum Network/Children's Parliament here in Sierra Leone. During my time in the Children's Forum Network (CFN), I had the opportunity to interact with Leonard Francis Vibbi, now studying in the United States, Alex Samuel Nallo Jr., a consultant here in Sierra Leone, Chernor Bah, who now works at the United Nations in New York, Messeh Leone, an international critic based in the United Kingdom, Sillah Sillah, now a consultant in the Netherlands, Bamine Charlie Boye, a global youth ambassador based in the United States, and Musa Ansumana Soko, now head of the Water, Sanitation, and Hygiene Network (WASH-Net) Sierra Leone.

Sulaiman, a farmer's son, started advocacy in his teens. His stellar achievements include contribution to a children's version of the Sierra Leone Truth and Reconciliation Commission, and participation in the National Commission for War-affected Children. The commission was set up "to reunite and give meaning to the lives of more than 5,000 kids either separated from their families or orphaned by the war," he said.

He also took part in radio programs to raise awareness of children’s rights and promote girls education, lobbied the nation's parliament to domesticate the UN Convention on the Rights of the Child (which passed into law in June 2007), and was a contributor to “Pikin News” --the first-ever Sierra Leonean news magazine written and edited by and for children.

In addition, Sulaiman contributed to other public policy and socio-economic frameworks, including the west African country's first-generation poverty reduction strategy papers, and the Attitudinal and Behavioral Change initiative, a political campaign announced by President Ernest Bai Koroma in his inaugural speech in 2008.

Updated every three years with annual progress reports, Poverty Reduction Strategy Papers  describe the country's macroeconomic, structural and social policies and programs over a three year or longer horizon to promote broad-based growth and reduce poverty, as well as associated financing needs and sources of financing.


What’s next for Sulaiman?

"I have represented Sierra Leone in Guinea, Ghana, Kenya, Ethiopia, Senegal, Turkey, and Qatar, engaging in development programs and initiatives. It's been 5 years since I appeared on national television or took part in a radio interview. Am keeping it cool until "D" day emerges? Even though we are being forgotten, I tell you for sure, we have done more for this country than most can begin to imagine.  Rest assured, I’ll bounce back in a short while."