January 20, 2015
Good news for Sierra Leone in the new year. Ebola is on a downward trend. The number of confirmed cases declined by 43 percent between December 22 and January 5 and they still continue to fall.

The bad news is Ebola-related stigma is on the rise. Sheriff Mahmud Ismail of the World Bank in Sierra Leone launches a humanitarian campaign for two people who are suffering from social rejection. Read on and take action:


When the Ebola virus struck Sierra Leone eight (8) months ago in May 2014, it did so with extraordinary barbarity. Like an overpowering insurgent; it sought to demoralize the strongest among those who battled its ferocious onslaught.

It practically decapitated the resistance and unleashed a reign of terror on the foot soldiers. Sierra Leone’s foremost specialist in hemorrhagic diseases, Dr. Umar Khan succumbed 3 months into the Ebola outbreak. Soon after, several senior doctors- 10 in all- perished.

About 200 health workers- nurses, midwives, lab technicians, ambulance drivers, and other support staff- have also fallen in the combat against this dreadful disease. As the virus pounded on, its savagery forced some health workers to tactically retreat.

Those who held their positions continue to do so with the gallantry of true patriots. Ebola is a strange malady in Sierra Leone and so in - country knowledge about it was as low as the logistics to fend it off was inadequate. Yet, those men and women fought on and suffered death in the line of service- just as the survivors continue to endure the villainy of this virus.

Sadly, these health worker-survivors have been confronted with yet another battle - stigmatization and rejection. While some have been evicted or being threatened with eviction from rented apartments; others have been taunted. The consequences are appalling.

Mohamed Sidie Sheriff is a lab technician with over 18 years in the public service. He was infected trying to collect blood specimen from a victim. After his recovery at the Hastings Treatment Center, he experienced bouts of stigmatization in his community. Sheriff, a very communicative and highly courageous gentleman explains that he noticed a group of people pointing fingers at him; “so I told them; yes I was infected with Ebola but I have recovered”. The greatest worry for this instantly gelling personality is the eviction hanging over the heads of his family.

Soon after he resumed work, his landlords raised concern. “I tried to explain to them that there was no reason to worry because being a survivor means that I am even safer now”. “This is a call to service to save our compatriots” he went on. “Besides, this is my source of livelihood, if I do not go back to work, how do I pay your rent”, he reasoned. But his explanation has not changed the mind of his landlord. Sheriff’s appeal is for a government quarter or some dependable alternative accommodation. 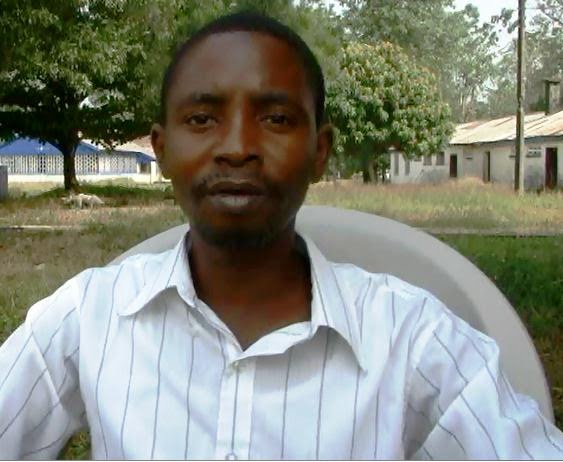 Another health worker - survivor - Amadu Bah is a young lab technician working at the Magburaka Government Hospital, in the Tonkolili district, in the north of the country. The story about his infection is similar but his problem is different. After recovering from the Ebola virus, he went back happily and was eager to meet with colleagues and friends. Being a survivor, he felt comfortable to hug and attempted to do so. The snub that he experienced hit him like a thunderbolt and he doesn’t seem to have recovered yet from that blast.

Bah looks nervous and somewhat incoherent- quite unwell- but this time from another infirmity. He recounts that because of the rejection he suffered, he became depressed and had to be admitted at Sierra Leone’s only psychiatric hospital. “People told me that after that shocking snub, I lost my balance and for several days I was in the streets acting - evangelist- preaching the gospel”. Bah has not fully recovered and he knows that. “I am feeling better now but I think it will take some time for me to be fully back on”, he said.

Medical experts say, once survived; the only possibility of transmitting the virus is true sex because the virus remains in the seamen for at least three months. Otherwise there is no chance of transmission of the virus through body contact. Therefore, this ignominy of stigmatizing survivor - health workers is completely unnecessary and unacceptable. It’s a scare on the conscience of the perpetrators!