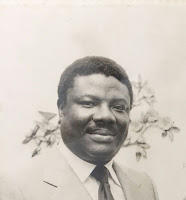 Findlay worked at the public radio and television station for 27 years before retiring.

He was an alumnus of the Christian Missionary Society (CMS) Grammar School in Freetown and Fourah Bay College, University of Sierra Leone.  He also earned a Diplom Publizistik from University of Munster in Germany, a bachelor’s degree and a diploma in education from the University of Iowa, and a doctoral degree from Pacific Western University.

Dr. Findlay was the first black director-general of the Sierra Leone Broadcasting Service (1971-81). He also served as a professional head of the Ministry of Information and Broadcasting. In 1981, he joined the United Nations (UN) Secretariat as an officer in the Department of Public Information to head the then anti-apartheid program information division.

He returned to UN Headquarters in 1994 to head the Peacekeeping Information Division, a position he held until 1998. Later, he served as international adviser to the U.S.-based organization Pathways to Peace. In 2001 he joined the teaching faculty of Bowie State University in Maryland as an adjunct  mass communication professor.

He returned to Sierra Leone in 2006. Dr. Findlay served as coordinator of postgraduate programs in the Mass Communication department at Fourah Bay College.

He also served on the boards of mass communications organizations, including the Commonwealth Broadcasting Association, London, and Union of Radio and Television Organizations of African Nations.

The Sierra Leone Broadcasting Service (SLBS) was formed in 1934 from the Freetown Rediffusion Service making it the earliest English language radio broadcast service in West Africa.

Television broadcasts started in 1963 as cooperation between the SLBS and commercial interests.
Coverage was extended to all districts in 1978 when the service was also upgraded to color.

“I remember that voice,” wrote Emile Meheux on Facebook. “The first time, I said to myself, I would like to sound just like that when I grow up," Meheux added.
"As a journalist and broadcaster, he had the ability, not only to paint a picture with words, but also to get to the very heart of what was he speaking about.  He was my Alistair Cooke (Letter from America).”

Before Sierra Leone’s civil war, SLBS had FM and shortwave transmissions from Freetown. High power medium wave had been discontinued some time before that. A high power shortwave station was constructed during the 1970s and used for leased transmission of international broadcasters after SLBS could not afford to operate it. Television was broadcast on UHF, having replaced the earlier VHF system.

During the war, the Waterloo shortwave station was completely destroyed and looted. It is not known if it had been broadcasting before this. The rest of the SLBS's facilities fell into disrepair.

From 1999 onwards, Britain'sDepartment for International Development renovated the radio services including the Goderich shortwave station. The Goderich station transmitted for a year before lightening destroyed part of the antenna system in June 2002.

The Sierra Leone Broadcasting Corporation was formed in April 2010, when the government-owned SLBS merged with the United Nations peacekeeping radio station Radio UNAMSIL

President Ernest Bai Koroma and United Nations secretary general Ban Ki-Moon inaugurated the SLBC on June 15, 2010. It is under the supervision of the Sierra Leone Ministry of Information and Communications.