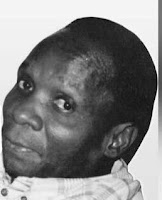 Edward Blyden, who mentored his daughter Sylvia Olayinka and watched her grow into one of Sierra Leone’s most successful newspaper publishers and entrepreneurs, died Tuesday, February 14, at his home in London, England.

He had been suffering from diabetes for some time.  Two summers ago, Mr. Blyden, a retired pensioner, suffered a heart attack on a London bus. He was admitted at Homerton Hospital before family members were contacted leading to a nationwide search.

In announcing her father's death, Sylvia, current Sierra Leone minister of Social Welfare, Gender and Children Affairs, said in her WhatsApp message: “Sad to report that we just lost my father, Edward Babatunde Blyden.  He died peacefully in London at 7:30 p.m. this evening 14th February.”

Edward Babatunde Blyden was born June 12, 1943, in Freetown, Sierra Leone. He would have turned 74 this year.

“Amongst his wide array of service to our country is the fact that he wrote the Sierra Leone National Pledge with Dr. Kadi Sesay when the two of them worked at the National Commission for Democracy,” the minister said.