President Bio's first meeting with the Commonwealth Heads of Government 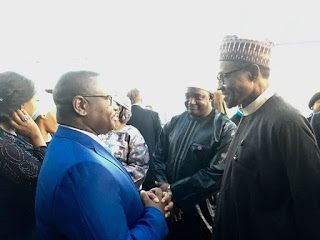 All members have an equal say – regardless of size or economic stature. This ensures even the smallest member countries have a voice in shaping the Commonwealth.

It was all smiles and handshakes on the eve of the opening of the summit.

The cocktail event, hosted by British Prime Minister Theresa May at the Sky Garden, was just the place for African leaders to meet and greet the newly-elected President Bio. 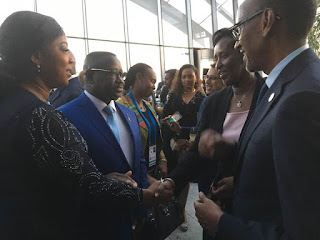 Bio had informal discussions with Rwanda's Paul Kagame, President Muhammadu Buhari of Nigeria, Cyril Ramaphosa of South Africa, and Adama Barrow of The Gambia among others.

Mr. Bio was also accompanied by David Francis, chairman of the Sierra Leone Governance Transition Team and the accredited Minister of Foreign Affairs and International Cooperation for the Commonwealth Summit in London.

The US $100 million Commonwealth Trade Finance Credit Facility will ensure that smaller nations within the Commonwealth have access to global markets.

The Commonwealth Trade Finance Credit Facility is one of many measures discussed during the Commonwealth Foreign Ministers’ Meeting at the Lancaster House in London on Wednesday, April 18.

One important commitment that was also made during the session by the Australian Foreign Minister was that 20% of the Australian Government Foreign Aid will be dedicated to developing the capacity of developing Commonwealth countries for trade negotiations.

As a trading bloc, the combined gross national income of all Commonwealth States is 10.7 trillion US dollars.

At the opening of the Summit, Queen Elizabeth II, who has backed Prince Charles to succeed her, emphasized the role that young people play in the Commonwealth, 60 percent of whom are under the age of 30, observing:

"It remains a great pleasure and honor to serve you as Head of the Commonwealth and to observe, with pride and satisfaction, that this is a flourishing network," the queen said.

"It is my sincere wish that the Commonwealth will continue to offer stability and continuity for future generations, and will decide that one day The Prince of Wales should carry on the important work started by my father in 1949."