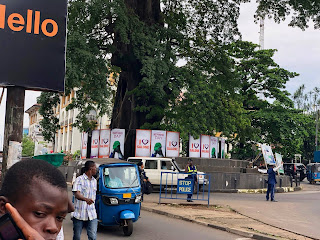 FREETOWN, Sierra Leone -The release of the Governance Transition Team (GTT) coincided with the arrest of former Vice President Victor Foh and former minister of mines and mineral resources Minkailu Mansaray---two events that set off some of the most heated debate since the final results of Sierra Leone's 2018 presidential election were announced.

As the verbal confrontation raged between sympathizers of the Sierra Leone People’s Party (SLPP) and the All People’s Congress (APC), Sierra Leonean arguments spilled over to rising prices during the first one hundred days of President Julius Maada Bio.

Two weeks ago, Sewa News took to the streets of the capital to undertake a series of interviews. The interviewees cover the spectrum in age, political affiliation, ethnicity, and region.

SLPP voter Gabriel Ansumana said the GTT Report focuses on corruption, which is the root cause of Sierra Leone’s decades’ long underdevelopment. The GTT’s purpose he said is to clean the state off the deadly virus, worse than the Ebola virus that decimated the country between 2014 and 2015.

“I support President Bio, as no government can succeed in a dirty political environment,” he said. On the arrest of the two former ministers, Ansumana said: “these people should be brought to justice.”

“In Sierra Leone women make up more than 50% of the population but are the most vulnerable. The former government promised to fight against poverty but squandered all the funds [dashing] hopes of hundreds of Muslims and causing them a huge financial loss. I am a Christian. Imagine government had given scholarships to go to Jerusalem and such a thing happens?”

Santigie Tarawally, who voted APC, called the transition report “fake” and said it was aimed at stabbing APC in the back.


“Had it not been for the peace and reconciliation commission, most of those ruling today would have been in jail,” Tarawally said. “Even after their atrocities on the people of this country, they go unprosecuted. Why are they so bold? It is a witch hunt and we will fight against it."

On Bio’s one hundred days, Tarawally was equally scathing.


“Only wonder what will come in the remaining one thousand five hundred (days) and more, until we kick him out of power!”

“He should be ready to pack his belongings from State House in 2023. The transition report is lies! Lies! Lies!” she said.

Michael Thompson voted for the new National Grand Coalition (NGC) this time because he believes the NGC offers real change.

“The only uncorrupt politician is Dr. Kandeh Yumkella,” he declared.

“Both past and present APC and SLPP are all corrupt officials. Mind you, when NGC takes over the next victim will be SLPP officials. Corruption in Sierra Leone is rotational. Only we can make the difference," Thompson said.

“This is the first time the mafia ring has been exposed. We are calling on the ACC (Anti-Corruption Commision) to look back during the days of the sacked Sam Sumana as chairman of the Hajj committee.”

Sonsiama Kamachendeh voted Coalition for Change (C4C), a new political party founded in 2016/17 by former vice president Sam Sumana, who was removed from office during the Ernest Bai Koroma administration.


“Sam Sumana was not corrupt that was why he was booted out.  APC was the umbrella for corrupt officials. Even my people in Kono were victims,” Kamachendeh said.

Sia Mattieu, also C4C, thinks the arrest of the two ministers comes at the right time. “But they are not the only ones in the conspiracy. We want more to be included,” she said.

Baba Kpaka of the United Democratic Movement (UDM) says the founder of the UDM, Mohamed Bangura, also defected to APC.


“He had no ideology,” Kpaka exclaimed. He found riches in the  corruption train. He also should be investigated.”

'The Case for Charles Margai'

Sulaiman Lappia said although his party, the Peoples Movement for Democratic Change (PMDC), is still in shock over the treatment of their leader, Charles Margai, who was removed as attorney general less than three months after his appointment by President Julius Maada Bio, Lappia thinks PMDC and SLPP have the same concerns in the fight against corruption.


“The Hajj gate scandal affected all regions, districts, and chiefdoms in Sierra Leone. I hope the perpetrators will be brought to justice,” he said.


According to publicly available information posted to Wikipedia, Margai was appointed Attorney General and Minister of Justice of Sierra Leone by President Julius Maada Bio on 16 April 2018.

Shortly after he received his appointment, a memo from Margai to President Bio was leaked during the first week of June 2018 requesting permission to dismiss the Chief Justice of Sierra Leone, the Commissioner of the Anti-Corruption Commission and other officials.

The memo also indicated that he wanted the president to form a commission of inquiry to investigate the finances of members of the former APC government. Political observers speculated that Margai wished to use the office to exact revenge on his political enemies in the APC.

On 12 June 2018, a week after the memo was leaked, President Bio dismissed Margai as Attorney General and Minister of Justice without any official reason. He was immediately replaced by Dr. Patricia Schwartz, who Margai had recently recommended to President Bio to head the law school at the University of Sierra Leone.

With a tenure of less than two months, Margai is the shortest ever serving Attorney General and Minister Justice in the history of Sierra Leone.


Irene Lansana of the PMDC said rampant corruption affected everyone, irrespective of age, party, or region.

“The arrest of the two ministers is timely. If they are found guilty, their bank accounts and assets should be frozen,” she said.

Sheik Osman Kargbo used to be APC but he is now a campaigner for the Alliance Democratic Party (ADP. “The widespread corruption in APC brought about my defection. Kudos to the transition team."

Haja Kamara says the ADP leader and chairman Mohamed Kamarainba Mansaray is a protagonist in the fight against corruption in the media and public meetings.

Mansaray was reported to have been summoned by the police last week, under the draconian Public Order Act, which has sent scores of politicians and journalists to jail since colonial times.


James Collins of the Unity Party (UP) pledged solidarity in the fight against corruption. “You don’t feel it until you visit police stations, hospitals schools, offices, businesses… I mean it is everywhere,” he said.

“That was why we sacked Mr. (Eldred) Collins, who became a mouthpiece for APC. Let them be jailed and lose all their wealth and property. They are the rebels. Not us,” he protested.


Agnes Tucker said she joined the rebels to fight corruption.

“Then, no one listened to us. Today, they realize we were in the right direction. Ministers were untouchable political lords.”

Umaru Jalloh of the National Democratic Alliance (NDA) has little faith in the courts. “They are all surrogates of corruption,” he said.

Bintu Bah is concerned about the marginalization of minorities.


“We are Fullahs. But for Sierra Leone to progress, we must avoid tribalism which is a form of corruption. We must cooperate with the government to fight against it. I support the transition team.”

A cross section of the interviewees applauded the government, saying that the GTT will serve as a caution for the Bio administration since they too will be held accountable for their stewardship.

The new government is also hailed for restoring electricity supply in the capital city, which went dark for days before a successful negotiation with the Turkish electricity service provider. However, many called on the government to lower the tariff for domestic consumption.

All interviewees welcomed the government’s introduction of the free education scheme but said they have reservations about entrenched malpractices in the educational system, such as charging for extra lessons and entrance fees for pupils who pass the National Primary School Examination (NPSE) and Basic Education Certificate Examination (BECE).

Interviewees also raised personal security concerns, citing armed robberies that traditionally spike during the heavy rains season, which brought a mountain tumbling down last year and buried scores of people under sludge and mud as it washed away homes into the bays dotting Freetown's coastline.

Still struggling to recover, some interviewees said the rising cost of living, deterioration in the value of the Leone against the United States dollar, pound sterling, and Euro, and the recent fuel price increase from Le6, 000 per liter to Le8, 000 has given everyone new pause.