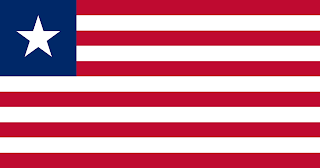 Christmas came early for Liberians in the United States. According to the Voice of America (VOA), President Donald Trump has signed the defense spending bill, which included terms that Liberians may apply for permanent residency, if they have maintained a continuous presence in the U.S. since Nov. 20, 2014.

Earlier this year, the U.S. President postponed a winding down of the Deferred Enforced Departure (DED) protections for Liberians, pushing back the end date until March 2020. In that announcement, Trump cited the "unique" history of Liberia, a nation founded in 1847 by freed American slaves, the VOA said. An estimated 4,000 Liberians were covered by Temporary Protected Status or TPS in 2014.

U.S. senators Tina Smith of Minnesota and Jack Reed of Rhode Island are credited with pressing for the inclusion of the provision for Liberians in the $738 billion National Defense Authorization Act or NDAA.

The state of Minnesota reportedly has the largest population of Liberian immigrants of any U.S. state.  Spouses and children of the eligible population also will be permitted to apply for permanent residency, which could push that estimate higher.

Speaking to the VOA, Famatta Zeon, who left Liberia for the United States in 2001 during the war, said how happy she was.

"We are here, we're good citizens, we're paying our taxes," said Zeon, who has three U.S.-citizen children. "We're doing everything that the country wants us to do.”

The legalization, which protects Liberians who have been in the country since 2014, is the first of its kind in nearly two decades, according to immigration experts.