Coups and Politics in Sierra Leone

August 29, 2013
Mr. Alpha Kanu, Sierra Leone's minister of information and communications, is the official spokesperson of the Koroma administration. Last week, when news broke that nine soldiers at a garrison in the district town of Makeni had been arrested over the weekend for planning a protest during a visit by President Ernest Koroma to his hometown, Kanu's words at his ministry's weekly briefing were seen to reflect State House's position of strength.

"We are not expecting any coup d'état, but if there is an attempt, those behind it will be arrested by the people and torn apart," the minister reportedly said.

"Sierra Leoneans- including government-will go after assailants, arrest them and tear them [into pieces] as the government was legitimately elected by the people for a five-year term," he noted, adding. "We have been reliably informed that the meeting at Teko Barracks by nine military personnel, including one senior officer, is now being investigated and we still await the outcome of those investigations."

A Ministry of Defense press statement announced "We want the public to understand that at the moment the incident is believed to be an alleged mutiny. It was never executed, and the arrests were made purely on the basis of suspicion and illegal gathering. A thorough investigation into the matter has already been instituted and the public is hereby requested to exercise restraint," the release stated.

But later this week, Awoko newspaper reported that Bo City Mayor Harold Tucker had asked why he was being picked on.

According to Awoko, Tucker had been called in and quizzed by police in Bo on suspicion of being involved in the yet to be defined coup or mutiny, the paper said. Popular businessman and owner of Bo Countryside Guest House, Pious B. George, reportedly fainted when he was served with a warrant on Sunday and is still admitted in an undisclosed facility, Awoko said.

After Tucker's release, the Bo mayor told supporters of his opposition Sierra Leone’s People Party (SLPP), who'd gathered around the police station, that he was served with a warrant and was escorted to Bo Police Station at 5pm on Monday. Tucker also told Awoko that at the police station, he was told that on Friday, August 16th, he, together with Pious George, had held a meeting at the Countryside Guest House where they spoke about overthrowing the government.

Sounding concerned he said of the allegations, “It is serious, I am not underestimating it!” But he went on “Why pick on me? Why would I want to overthrow? To be what? To be President?” 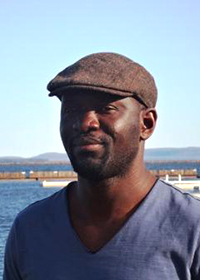 In "Of Paranoia, Fictive Coups and Politics in Sierra Leone: A Reflection" Zubairu Wai explains why he has received the news with skepticism. Wai is an assistant professor of political science at Lakehead University, Ontario, Canada, and the author of Epistemologies of African Conflicts: Violence, Evolutionism and the War in Sierra Leone (New York: Palgrave Macmillan, 2012).


In light of the preposterous allegations about a mutiny or coup for which the mayor of the City of Bo was briefly arrested and detained, let me offer the following tentative speculation/ observation.

1.    Of the two dominant political parties in Sierra Leone, the current ruling APC [ All Peoples Congress] is slightly better at winning elections, prolonging their stay in power and of course messaging.

2.    The current opposition SLPP [Sierra Leone People's Party] is slightly better at governing, but are not very good at winning elections, staying in power or messaging.

(a)  The APC, when in power, is like a leopard which, afraid that its deeds will catch up with it while asleep, tends to sleep in a tree to avoid such a fate. The APC’s officials are always paranoid about some supposedly South-Eastern/Mende/SLPP (in their minds these are all one and the same) plot to remove them from power. And so they resort to conjuring up imaginary fictive coup plots as an alibi to discipline the opposition, stifle dissent and consolidate power, hence why they are in part able to hold on to and stay long in power.

(b)  The SLPP, when in power, easily gets drunk with it, and become too arrogant and overconfident in their invincibility, hence why they in part lose power (President Kabbah, for example, was informed well ahead about a plot to overthrow his government in 1997, yet the AFRC took over anyway. Given the way they manufactured a crisis out of nothing, it is safe to speculate that that would not have happened under an APC administration. The 1992 coup succeeded in part because they were taken by surprise. As well, the SLPP would have easily won the 2007 elections had they chosen the right candidate, but the belief at the time that whosoever becomes the SLPP’s presidential candidate would win the elections and become president, made them, in part, go with an unpopular candidate; and they lost).

-   When in opposition, the SLPP is always paranoid about some APC grand scheme to manipulate the rules and rig politics in order to illegally prolong their stay in power. They genuinely are afraid of what the APC can do, and sometimes overestimates what they are capable of.

4.     Both believe in the fidelity of their positions which they justify from a very simplistic reading of reality and history:

(a)  To the APC, the two successful attempts that either prevented them from taking power after narrowly winning an election (1967), or removed them from power after years of maladministration (1992), were mounted, in their minds, by South-Easterner Mendes and SLPP sympathisers (bear in mind all these equate, in their minds, to one and the same thing).  The complexity of the politics which leads to such actions do not matter; for them politics is reducible to rigidly marked, identifiable and essentialised ethno-identitarian categories.

Nothing better, for example, explains the actions of a Mende or South-Easterner better than the fact that they are Mendes and South-Easterners. So forget the fact that conditions in pre-war APC Sierra Leone were so dire that most youth –regardless of ethnicity –dreamt of getting rid of them. Forget the fact that Tom Nuymah who carried out the NPRC [National Provisional Ruling Council] coup was a protégé of Olu Gordon and had been radicalised in PANAFU’s [Pan African Union's] revolutionary cells in Freetown.

In a sense, he [Nyuma] and his compatriots who engaged in the 1992 action were appropriating what had become a popular national youth revolutionary imaginary: getting rid of the decrepit political machine that the APC was. Ideology, not ethnicity, as well as the condition of life in Sierra Leone at the time, largely informed their actions. Yet, the NPRC coup is now being retroactively reinterpreted in ethno-identitarian terms.

-  “We are never going to allow that to happen again” (you could hear some APC official muttering). And so they are hastily jumping at the most preposterous allegation – probably started by someone looking to buy favours with the establishment so he could feed his family, and grasped at by those overzealous foot soldiers eager to demonstrate loyalty to "The Pa" – about those obnoxious Mendes plotting to overthrow their government once again.  Nothing could be more random, arbitrary, bizarre and preposterous than this.

Oh wait, the mayor of the city of Bo is a southerner, a Mende/ Sherbro and an SLPP politician, right? So he perfectly fits the profile.

That is how unbridled irrational paranoia works.

(b)  To the SLPP, the claims of a mutiny/coup plot could be nothing other than an attempt by the APC to bring back the dark days of the one party state. Never mind that the APC might have convinced themselves and in fact genuinely believe that there is an attempt to get rid of them – not that this justifies their ridiculous and baseless claims, but hey, that’s how paranoia works! Never mind the fact that times have changed, and that even if the APC wanted to, post-war Sierra Leone does not have stomach for such power grab. Never mind that the international environment has also changed considerably and is adverse to such power grab. All you hear is the idea that there is a deliberate attempt at turning the back clock; that the talk of coups and mutinies are really directed at the Brigadier himself!

-        But then again, the party seem lost in the political wilderness, and believing that the APC is up to such tactic reveals a level of paranoia in their ranks that is not usually admitted. The SLPP is genuinely afraid that the APC could get away with returning us to the old dark days – part of the reason they settled for the brigadier in the last elections in the first place.

Only he, they believe, could go toe to toe with the APC at their game. He may well be qualified, but the thinking that went into choosing him was never really about whether he had the wherewithal to lead or was the best placed to effectively govern Sierra Leone, but that he could beat the APC at their own twisted game.

5.     While this double paranoia becomes almost self-fulfilling, it is the lives of ordinary people that remain caught up in this sick game. The issue is that both parties are united by their complicity in the quagmire that has characterised the postcolonial experience of the state of Sierra Leone, and none could claim the moral high ground over the other in a vicious politics that holds the entire country hostage. In all of this, meaningful politics – other than wining power and the perks that come with it – is completely sacrificed at the altar of a political order that only cares about rewarding bad behaviour and fattening the pockets of its key players.

It's heartbreaking to see the photos and raw videos again of rushing water flowing like rivers in Freetown’s city streets. I feel terrified just watching hillside streams, fed by the heavy August rain, roaring down--past sturdy brick walls and the thin, defenseless homes of the poor.

If only ordinary people knew just how much power they have to rein in this annual flooding that has killed hundreds over the past 10 years.  The poor are the same ones who will most enjoy the benefits of environmental relief.


Seems to me, the nation's politicians and the wealthy don't feel the effects as much their poorer neighbors, and they don't have the power to change much. If it rained more on Friday, August 2, 2019, than it did in the month of July in 2016, the rains aren’t going away.

The Georgetown Institute for Women, Peace, and Security released its second Global Women, Peace and Security Index at United Nations Headquarters this week. The 2019 list ranks 167 countries on their progress on equality, well being, and empowerment in homes, communities, and societies.

We looked specifically at how West African nations ranked by their overall index score. Below are the rankings with the best countries for inclusion, representation of government, employment,financial access, and education at the top. Countries lower down the list report higher levels of insecurity, intimate partner violence, and women experience more discrimination. Sierra Leone ranks among the worst countries for inclusion, justice, and security.