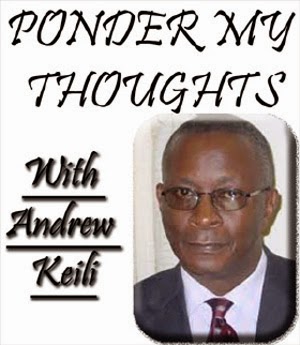 In 2011, Sierra Leone spent more on tax giveaways than on its development priorities, with mining firms the biggest beneficiaries. The following year, the tax exemptions amounted to more than eight times Sierra Leone’s health budget and seven times its education budget. The losses arising from the GST waivers granted to the six mining companies alone (Le 648bn) far exceed all the actual GST revenues collected by the government (Le 410bn).

If tax expenditure continues on its present trend, it is likely that Sierra Leone will lose more than US$240m a year from tax incentives. This is based on an average of US$199m a year of losses from customs duty and GST waivers during 2010-12 and an additional projected revenue loss from corporate income tax averaging US$43.7m a year during 2014-16. The losses to the country are likely to be even greater, amounting to around 10 per cent of GDP.

The above facts are from a recent report: “Losing Out”, based on research by the Budget Advocacy Network (BAN), the National Advocacy Coalition on Extractives (NACE) and Tax Justice Network Africa (TJNA), with support from Christian Aid, Action Aid and IBIS.

The report goes on: “In 2011 the government spent more on tax incentives than on its development priorities, and in 2012 spent nearly as much on tax incentives as on its development priorities. In 2012, tax expenditure amounted to an astonishing 59 per cent of the entire government budget. If the revenue losses from tax exemptions had been collected, Sierra Leone’s budget could have become balanced.”

More than 50 per cent of Sierra Leonean citizens still live below the national poverty line. The report states that tax incentives being granted by the government are one of the major reasons for  Sierra Leone’s low tax revenues. “Too many tax incentives are, in our view, currently being granted to companies. The major incentives include waivers on customs duties and payments of the Goods and Services Tax, along with reductions in the rate of income tax “, according to the report. “These are being granted supposedly to attract foreign investment. Yet a critical issue is to balance the need to attract such investment with the need to raise sufficient revenues to reduce poverty. This report shows that Sierra Leone is currently not getting this balance right, and that the government is being far too generous to foreign investors at the expense of developing the nation. Mining companies, in particular, have been granted excessively large tax incentives.”

Tax concessions are nothing new in the mining industry in particular. For very large mines, it has been the practice of many developing nations to enter into a negotiated agreement with the investor that addresses a host of issues including taxation. In some instances, the agreement creates a unique tax system for that mine that takes into account the perceived profit-potential of the operation.

Indeed Sierra Leone has been grating tax concessions to several companies since the end of the war as a temporary measure to attract foreign interest in Sierra Leone given the very awful situation that existed at that time. Indeed the Government spokesmen who have reacted to the report appear to adopt this line of thinking as an excuse for the huge tax breaks given by Government.

All of this is in line with the thinking that lower tax burdens give investors a higher net rate of return and therefore free up additional income for reinvestment. According to the report, the thinking is that “The host country thus attracts increased foreign investment, raises its income and also benefits from the transfer of technology. A further argument, particularly in relation to less developed countries, is that it is imperative to provide incentives to investors given the otherwise poor investment climate: the volatility in politics, dilapidated infrastructure, the high cost of doing business, the macroeconomic instability, corruption and an inefficient judiciary. Revenue losses are rationalized by arguing that the capital and jobs created will improve the welfare of citizens and expand the economy. “

However, the report says there is little evidence that developing countries offering such incentives necessarily attract the expected level of foreign investments. Instead, organizations such as Tax Justice Network-Africa have long argued that they instead lead to a ‘race to the bottom’ between countries competing for investment. The UN estimates that Least Developed Countries need to raise at least 20 per cent of their GDP through taxes to meet the Millennium Development Goals by 2015. Yet Sierra Leone is way off this target, currently raising only around 10.9 per cent of GDP in taxes. It is instructive to note that an IMF report of 2012 which compared 23 Sub Saharan Countries indicated that only Equatorial Guinea, Ethiopia and Congo performed worse that Sierra Leone’s 10.9 percent of GDP. DRC was 17%, Guinea 18%, Liberia 23% and South Africa 22% of GDP.

A closer read of the report however gets to the real meet of the gripe by the authors of the report. Granting tax breaks is one issue but doing it in a non-transparent way could be tantamount to corruption. The following findings affirm this line of thinking:

1.      “Too many tax incentives are granted to individual companies at the discretion of a very small number of ministers and officials. Such a system can lead to an increased risk of corruption and the possibility that deals will be offered to companies that are outside or go beyond national legislation. In fact, Sierra Leone’s constitution requires tax waivers to be approved by parliament.”

2.      “Transparency is extremely poor. Many of the tax incentives are negotiated behind closed doors between government and companies, with no effective parliamentary or media scrutiny. The government does not publish any figures on total tax expenditure.“

3.      “The government has produced no solid economic rationale for offering widespread tax incentives in Sierra Leone. Assumptions are casually made about the effectiveness of tax incentives, but no convincing case has been presented.”

4.      “A deeper underlying problem is that tax revenue collections in Sierra Leone have often been politicized. Tax incentives are often seen as tools for delivering political patronage – providing benefits to key segments of society to maintain political influence.”

The report cites figures for revenue losses in 2012 as follows:

It is a matter of concern that $51.9m is lost in the “Others category”. There seems to be several notions as to what is in the “Others” category. Suffice it to say that most of these are very discretional.

Whatever merits can be espoused for tax breaks, it is certain that the system as exists now is non transparent and untenable and certainly results in considerable losses to the state. We may still have to maintain some tax breaks and savings may not be entirely as indicated. Urgent action is required and the recommendations in the report certainly make sense. These are:

1.      The enactment of the Revenue Management Bill into law as soon as possible and ensuring that the Bill commits the government to produce an annual public statement on its tax expenditure, the beneficiaries and revenue losses.

2.      Ensuring that the Revenue Management Bill includes an additional clause that mandates the Ministry of Finance and the National Revenue Authority to provide parliament with a cost- benefit analysis of all tax incentives granted

3.      Review all existing tax incentives granted with the purpose of reducing them, and ensure that parliament is able to play an oversight role in this

5.      Ensure that fiscal regimes in specific sectors, especially mining and agriculture, are subject to proper parliamentary debate and approval and subject to cost/benefit analyses

6.      Ensure that audits are undertaken to guarantee company compliance with fiscal regimes and sectorial tax incentives

7.      Work with other governments in the Economic Community Of West African States (ECOWAS) to ensure that there is no regional ‘race to the bottom’ in lowering tax rates and increasing tax incentives to corporations.

In Sierra Leone, parliament and the public lack information about the tax incentives granted and are usually not aware of the details until after they have been agreed, and sometimes not even then.  It is currently impossible for elected parliamentarians, the media and civil society to scrutinize and debate these deals properly to ensure that the country optimally benefits.

Tax incentives could certainly result in rent-seeking (i.e., corruption) and other undesirable activities if not handled well. An IMF report argues that countries that have been most successful in attracting foreign investors have not offered large tax or other incentives and that providing such incentives was not sufficient to attract large foreign investment if other conditions were not in place...investment incentives seldom appear to be the most important factor in investment decisions...more important factors in attracting foreign investment are good quality infrastructure, low administrative costs of setting up and running businesses, political stability and predictable macro-economic policy.

Andrew Keili is a mining  professional with 25 years experience in Sierra Leone, United States of America and Ukraine. Prior to founding the CEMMATS Group,  he worked for Sierra Rutile Limited holding positions of increasing responsibility as Chief Metallurgist, Chief Mine Planning Engineer and Operations Superintendent. He has been actively involved in government policy areas of mining, infrastructure, the environment and privatization. He also worked in supervising capacities in alluvial diamond mining and mineral processing for the National Diamond Mining Company in Sierra Leone.

It's heartbreaking to see the photos and raw videos again of rushing water flowing like rivers in Freetown’s city streets. I feel terrified just watching hillside streams, fed by the heavy August rain, roaring down--past sturdy brick walls and the thin, defenseless homes of the poor.  If only ordinary people knew just how much power they have to rein in this annual flooding that has killed hundreds over the past 10 years.  The poor are the same ones who will most enjoy the benefits of environmental relief.   Seems to me, the nation's politicians and the wealthy don't feel the effects as much their poorer neighbors, and they don't have the power to change much. If it rained more on Friday, August 2, 2019, than it did in the month of July in 2016, the rains aren’t going away.
Read more

Andrew Kelli's syndicated column, "Ponder My Thoughts" returns with the challenge of Sierra Leonean cohesion, the capacity of Sierra Leonean society, and conflict management. Our leaders were divided on the eve of independence in 1961. Since then, every change in government has been accompanied by accusations by the new government that it inherited a broken country and economy. President Kabbah accused the NPRC of emptying the country’s coffers. President Koroma levied the same accusation against President Kabbah’s government. Enter President Bio-ditto. Accusations apart, what has become apparent over the past 11 years has been the division of the country along party lines and the government sharing the spoils to party supporters in a country where parties are roughly aligned along regional and tribal lines. The winning party would kick most heads of institutions out and in some cases, clear out whole institutions of senior staff and install their own supporters. The
Read more