Fouad Ayoub couldn’t be clearer about what he's into. His e-mail handle reads Leonardo Da Vinci.  Those are big shoes to fill. And fine art experts would agree, but if  Shakespeare’s “Juliohs Siza” was translated and appropriated into Krio, then so can Leonardo’s smoke technique, dramatic landscapes, and evocative coloring find different strokes.


For decades, talented Sierra Leoneans have opened up world literature.  In the 1920s, '30s and '40s, music composer Nicholas Ballanta set operas in West African villages. During the post-Independence era, playwright Tommy Decker looked to the Bard for inspiration when he wrote a full-length adaptation of the world’s most quoted play.Now, contemporary artist Fouad Ayoub aka Leonardo Da Vinci is bringing the legacy of one of the world’s greatest painters to a new audience in a way only art can: with a universal appeal crossing cultural boundaries.

"I started drawing when I was in primary school in Kono. I loved art since I was a boy and I grew up to love it more. It was a hobby, which took all my time. Sometimes teachers would complain that I was neglecting my studies because of drawing.

I started drawing and sketching with just a pencil, then water color. I was the first student at Koidu Secondary School (1973-1977) to choose Art for GCE O’ Level (General Certificate of Education-Ordinary Level). We never had any teachers for the subject, but I took it and got an A. I later decided, after doing my A’ Levels at St. Edwards secondary school (’78-’79) in Freetown, to further my knowledge. By then, I had started doing oil paint, pencil and water color.
At the University of Minnesota (1981-85), I chose to do arts and took up all medias. I paint with pencil, ink, watercolor, oil paint, oil pastel, chalk pastel, charcoal. I love doing all types of paintings---nature, portraits, people, still life, but no abstract.
I’ve done many for friends, and I sometimes get paid. I did some for the Guaranty Trust Bank in Freetown few years ago--almost 23 paintings, which I got paid for. I had a customer from Holland, who used to come to Guinea and order. I was well paid, but unfortunately our agreement never allowed me to sign my paintings. Some were bought and taken to France, some to Lebanon, and a few to Poland. Now, I do only on orders placed.
Painting is the most important part of my life.

Yes, Leonardo da Vinci was my main. I studied his work at university." 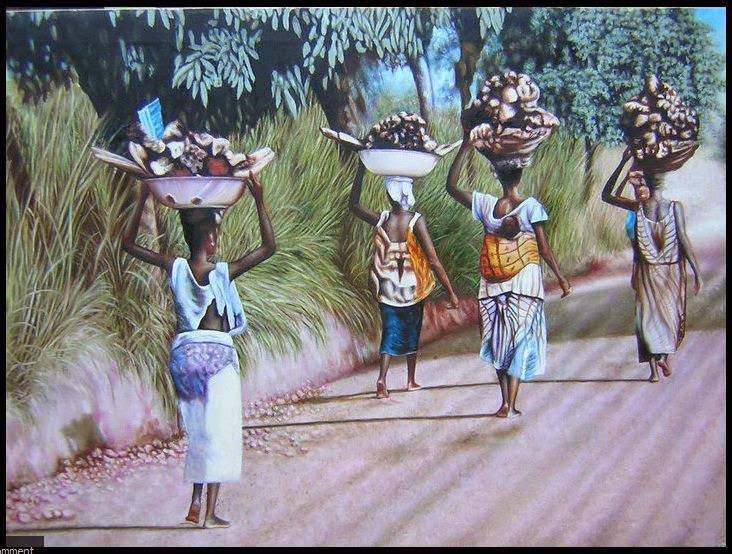 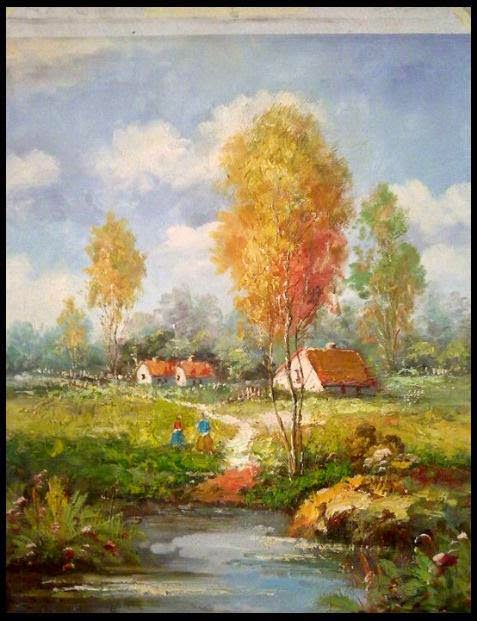 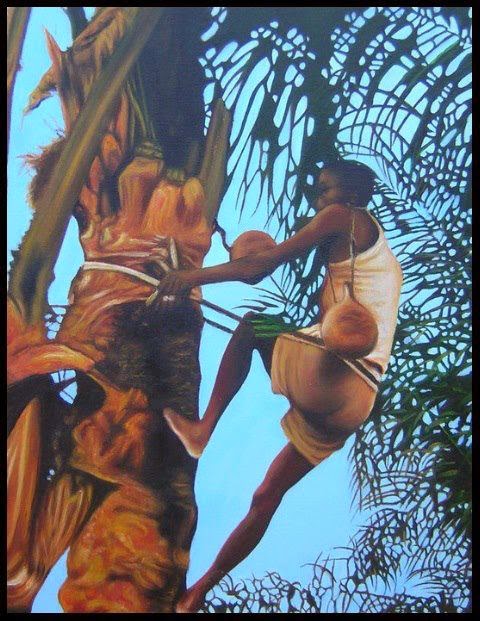 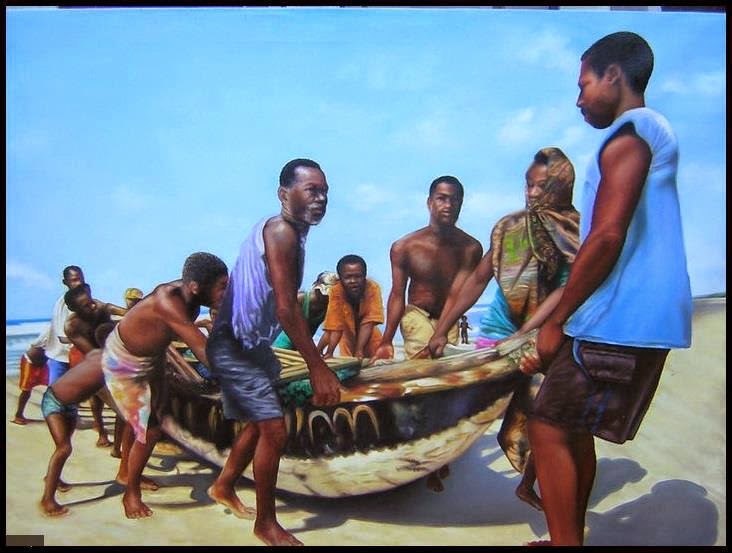 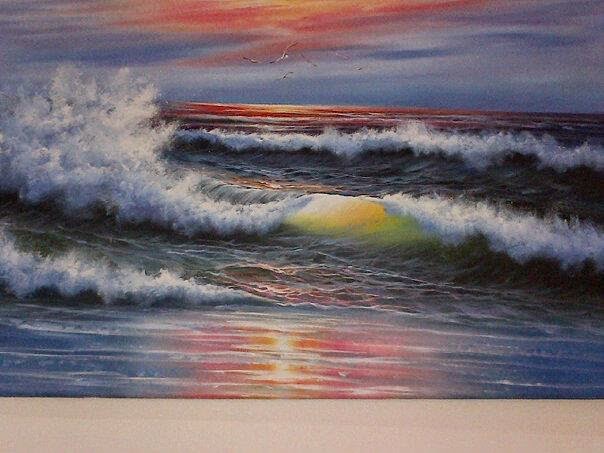 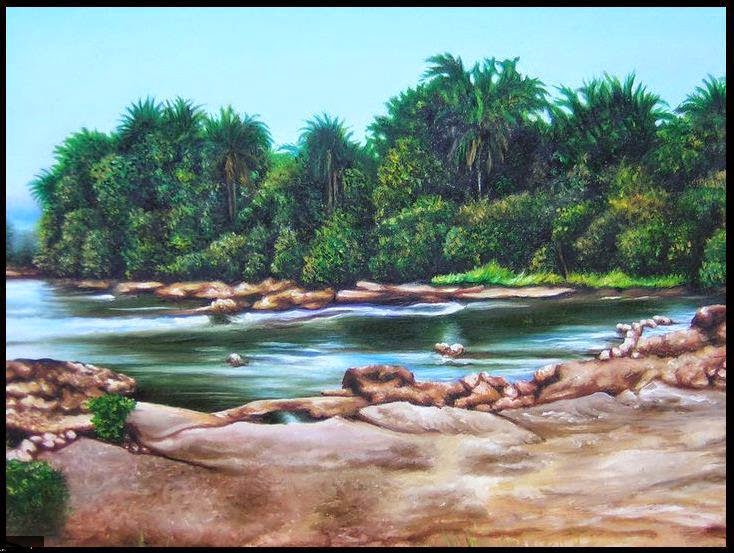