June 14, 2014
On June 16 every year, governments and international organizations gather to discuss the challenges and opportunities facing the full realization of the rights of children in Africa. For 2014, the theme chosen returns to the roots of the movement:

“A child-friendly, quality, free, and compulsory education for all children in Africa” 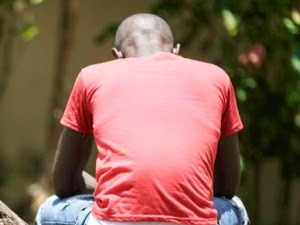 On Saturday, May 17, a poor girl with a name no one seems to know, had her life cut short in a rich, diamond area of Sierra Leone. She bled to death after a botched excision on her genitals two days before.


Since her death, press calls for more regulation of traditional birth attendants, who lead the Bondo Society excision practice, have met with bristles from the office of Vice President Samuel Sam-Samuna.

A month after the death of the unnamed nine-year old, some reporters think the ‘poor girl with diamonds on the sole of her shoes’ has been physically forgotten.

A police report made in her hometown, Bongoma One (1) in  Nimikoro chiefdom, Kono district, has not made it to the Attorney General’s office. A doctor’s examination of the body at a local hospital found the cause of death to be severe bleeding from the genitals.

Deaths in a Bondo bush, however rare, are the reason why immediate complications in genital cutting of the young should give all of us pause.

The Office of the Vice President has dismissed news reports as overblown. Yet they offer no healthier and safer way to traditional birth attendants for carrying out the practice, as did the nation’s first minister in a primer he wrote some 80 years ago.


In his book, “A New Perspective on Governance, Leadership, Conflict and Nation Building in Sierra Leone," Berewa observed that Margai realized Sierra Leone’s Bondo Society was an integral part of traditional and cultural practice, particularly of women in rural areas. He (Margai) did not advocate abolition of the practice (genital cutting), associated closely with Bondo rite of passage. Instead, he used his medical training to teach healthier and safer ways, Berewa said. “He was way before his time in this,” reflected one of Margai’s colleagues.

Friends of the dead girl haven’t named her and neither has the local press, but in her home district of Kono (the district in the far northeast known for diamonds), your birth order determines your name.

She could have been Sia, (the name for the first girl), Kumba (second), Yeah (third), Finda (fourth), fifth is Bondu, sixth is Sundu and the last baby (girl or boy) is Bama. Invested with the hopes and dreams of her parents, the girl (we’ll call her Sundu) was just another child building on the base of skills she had developed during early childhood and moving to greater independence, both intellectually and emotionally.

Sundu’s low-income family also was one of thousands of poor people in Kono district impacted by Oxfam’s project Nimikoro, focused on seeing people thrive in their most productive economic, social and biological years.

Two years ago this May when Oxfam, a development organization that mobilizes the power of people against poverty, had 43 solar-powered lamps installed in Nimikoro chiefdom to light up the streets, Sundu’s hometown, Bongama One in Nimikoro, joined in the celebration—led by the Solar Management Committee made up of paramount chiefs, councilors, and community leaders.


The street lights made it safer for families and kids like Sundu—the face of Sierra Leone’s future.

In Nimikoro, as around the world, Oxfam works to find practical ways for people to lift themselves out of poverty and thrive, save lives and help rebuild livelihoods when crisis strikes. They also campaign so that the voices of the poor influence the local and global decisions that affect them.

But the local and global decisions in Nimikoro involve much more than solar lights.

Yet for the all high quality gemstone diamonds and gold that have been extracted from concessions in the mining communities of Nimikoro, the chiefdom doesn’t have much to show.

Words like ‘expect,’ ‘anticipate,’ ‘intend,’ ‘estimate’ and similar words and expressions identify forward-looking statements. Surface rents are paid to rich landowners as stipulated by the Mines and Minerals Act, and Nimini Mining Limited, through the Ministry of Mines and Mineral Resources, but development charities like Oxfam step in time and again to bail out failed social investment strategies, plans and schemes that don’t create local employment opportunities or encourage social development.

So Nimikoro and Kono remain poor with a shortage of skilled workers, while its most affluent have their mainstay in high places like the Vice President's office.

As in many parts of Sierra Leone, traditional birth attendants, with valuable skills and experience, deliver 70 percent of babies born within the centrally organized health system.


But not all of their work is valued, reports say.

Some healthcare workers and midwives have asked traditional birth attendants, trained by Dr. Margai with a primer in his day, to stop attending births at home because they don’t have the right instruments for safe deliveries. Birth attendants have been asked to refer pregnant women to hospitals for better treatment, one expert says.

Traditional birth attendants have also been asked to stop excisions on children in Bondo society bushes.

But, in 2002, when gynecologist, Dr. Koso Thomas delivered a paper at a seminar condemning the practice of female genital cutting on young girls. Bondo women and sympathizers staged large demonstrations in Freetown, Sierra Leone’s capital city. The demonstrators were led by Shirley Gbujama, then minister of foreign affairs.

The report said that when presenting a petition to former president Tejan-Kabbah, the minister threatened, “We will sew up the mouths of those preaching against Bondo.”

Gbujama urged Kabbah to stand firm for the Bondo society, reminding him “not to forget your roots.” The president in reply promised the society his support, saying he himself was “from a traditional background.”

In 2001, the president’s first wife, Patricia, sponsored the mass excision ceremony of 50 girls by traditional birth attendants in the poor Thunder Hill community of Freetown.

After the botched excision conducted by traditional birth attendants in Bongama, Nimikoro chiefdom, this May, press reports have called for more scrutiny.


In one report, the chairman of the Human Rights Committee in Kono, Reverend Saa Christian Fayia, said the post-mortem result showed that the girl died of excessive bleeding from her genitals.

According to press reports, Rev. Fayia said the family were dissatisfied with the act, describing it as “cruel.” Fayia also said they were working closely with the police to ensure justice prevailed.

Police at the Tankoro Police Division said they would not comment as investigation was ongoing. 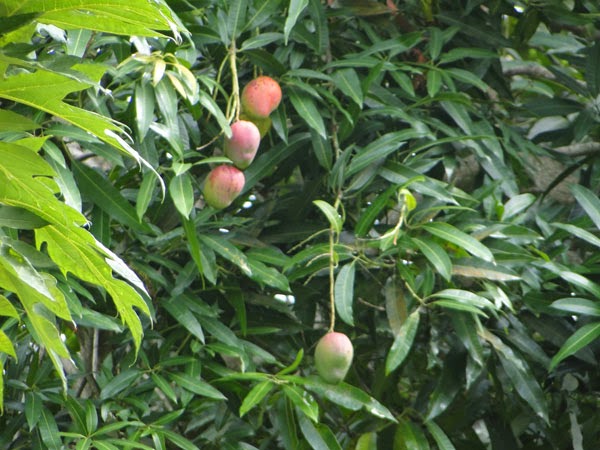 Eye witnesses saw the girl (Sundu) come home from school.  Probably looking for an after-school snack, she started pelting stones at a Mango tree that happened to be close to a local Bondo bush, but her efforts were unfruitful.

Sierra Leone’s Mango season runs from May to June,

“They said the SoWeis (Bondo initiators) took offence apparently because the stones landed in the initiation bush;” the report said.

The eyewitnesses stressed that the parents of the nine-year-old girl were given an ultimatum to either pay a fine or the girl be initiated into the secret society. Reports say the parents were unable to meet the required fines; so the girl was allegedly forced to go through the initiation on Thursday.

That “remains the worrying bit for me,” commented a Sierra Leonean case worker based in Britain. “[F]orce, no consent, unhelpful cultural laws? Why can a child pelting stones to pick mangos lead to her parents been given an alternative, hefty fines or you give us your daughter to be initiated,” she queried.


“I am part of the campaign about child molestation and I condemn any unlawful killing and maltreatment of children.  I am not selective about inequalities against vulnerable and harmless children and others.  I take human rights issues seriously!”

A recently installed paramount chief in another far eastern district close to Kono said he grieved for the parents of the poor child, whose life has been lost in what he said can only be described as “extremely unfortunate” circumstances.

“Society has an obligation to see that no child's life is lost as needlessly as this. Society will get it right in the end, as options ranging from robust self-regulation to criminal prosecution are considered,” the traditional leader said.


“Settling "disputes" through fambul tok (gagaca courts in Rwanda), is part of traditional African justice and what is currently being used in parts of Sierra Leone to reconcile perpetrators and victims of atrocities during the war,” observed Pede Hollist, an associate professor of English at The University of Tampa Florida and author of a new book “So the Path Does Not Die.”

The Path's protagonist’s search for happiness and belonging begins on the night of her aborted circumcision.

“The solution, what you and I will call justice, typically involves compensation, which may be money but can be whatever is valuable in the community, including labor," Hollist said. "As always the problem continues to be how to reconcile modern sensibilities about human rights and social justice with traditional ideas about those same things. Sahid Khan said it best earlier. We need leadership, but we also need measured responses from all sides."

However, as the sometimes angry debate continues over just who failed Sundu, skepticism  remains over the outcome.

It's heartbreaking to see the photos and raw videos again of rushing water flowing like rivers in Freetown’s city streets. I feel terrified just watching hillside streams, fed by the heavy August rain, roaring down--past sturdy brick walls and the thin, defenseless homes of the poor.

If only ordinary people knew just how much power they have to rein in this annual flooding that has killed hundreds over the past 10 years.  The poor are the same ones who will most enjoy the benefits of environmental relief.


Seems to me, the nation's politicians and the wealthy don't feel the effects as much their poorer neighbors, and they don't have the power to change much. If it rained more on Friday, August 2, 2019, than it did in the month of July in 2016, the rains aren’t going away.