June 04, 2014
Although African immigrants account for a small but growing share of America's 38.5 million immigrants, the number of African-born immigrants has increased over the past 50 years, migration policy experts say.

The largest numbers of African immigrants are found in the big states such as California, New York, Texas, Maryland, and Virginia. Two-fifths of African immigrants have at least a bachelor’s degree, and more than one-third work in professional jobs. The top countries of origin for the African born were Nigeria, Ethiopia, Egypt, Ghana, and Kenya.

This week, Daniel Moijeh, Sr. announced his retirement from the United States Government. To mark the 26-year milestone, a leaving ceremony was conducted recently with friends, family and co-workers at the Defense Intelligence Agency in Washington D.C., where Daniel served as the Deputy Director of Logistics (GS-15), Office of Logistics and Global Readiness since 2009.

“It was a very emotional moment but I consider it a blessing I can retire young, vibrant with no major health concerns,” Moijueh posted to a listserv that discusses Sierra Leonean issues.

“Since I have served concurrently in the US Army and the US Federal /Civil Service, I will officially retire from the US Army effective September 1, 2014 with 26 years of military service. It's been a long 28 years in the US, serving people in the US in different capacities.”

Daniel, an alumnus of Kenema Secondary School and Fourah Bay College, University of Sierra Leone, came to America almost 30 years ago. He joined the United States Army, rising to the rank of Colonel and completed a Master of Business Administration at Webster University. Daniel was selected to serve in the senior executive service of the federal government.

The Senior Executive Service (SES) consists of men and women charged with leading the transformation of the United States government. Members of the SES serve in key positions. In general, they are the major link between  Presidential appointees and the rest of the Federal (civil service) work force. At the executive level, they operate and oversee nearly every government activity in 75 Federal agencies.

The Defense Intelligence Agency (DIA) provides military intelligence to warfighters, defense policymakers and force planners in the Department of Defense and the Intelligence Community, in support of U.S. military planning and operations and weapon systems acquisition.  DIA plans, manages, and executes intelligence operations during peacetime, crisis, and war.

The diverse workforce at DIA is skilled in military history and doctrine, economics, physics, chemistry, world history, political science, bio-sciences, and computer sciences to name a few. They travel the world, and meet and work closely with professionals from foreign countries.

“Within the next few weeks, I plan return to my lovely Sierra Leone to give back to the communities that made me who I am today,” wrote Daniel, adding, “My village will celebrate my arrival with a 24-hour display of traditional cultural dancers/festivities. However, I promise to totally stay away from politics!” he quipped. 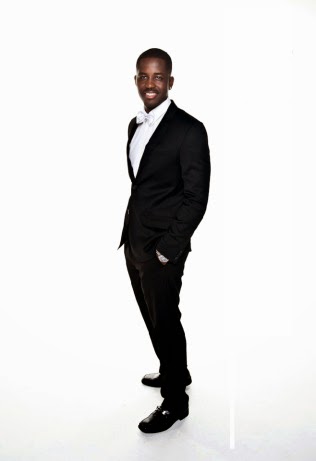 Daniel may be moving 5,000 miles away but his roots in his adopted home run deep.

His son, Daniel Moijueh Jr., 28, is an Iraq war veteran and founder of Moijey Fine Jewelry and Diamonds. A graduate of the American Institute of Diamond Cutting, Moijueh Jr. also holds a Master of Business Administration, from the University of Maryland.

According to 93.9 WKYS "DMV’s Top 30 under 30 2014," Daniel  has been providing diamond consulting since 2009 to customers all around the world. He is one of the first Sierra Leonean-born diamond jewelers in America and he travels to Sierra Leone to not only advance the buying experience for customers wearing jewelry/diamonds in the Americas, but also to improve the land of his birth through giving back via the two most important sectors: education and health care. Daniel is also the founder of MOI (Minds of Intelligence) Foundation. Guided by a vision, he embarks on a mission that will rebuild Sierra Leone and other diamond affected countries around the world one step at a time.

We wish both Daniels well!