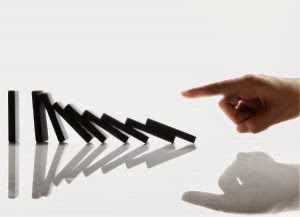 Yesterday, Bloomberg News reported that the Ebola virus now threatens to cripple three economies with a combined gross domestic product of about $13 billion.

Commodity companies are slowing production, and airlines are shutting routes. In Liberia, the government says the epidemic threatens to derail progress made since the end of the civil war in 2003. Sierra Leone has canceled its first sale of bonds open to foreigners.


Today, Senegal defended the closure of its border with Guinea, despite warnings that such measures are counterproductive, reports the BBC. The World Health Organization (WHO) says travel bans do not work, especially if they stop doctors going to help tackle the crisis. Senegal's Health Minister Dr Eva Marie Colle Seck told the BBC that the WHO was "learning, like everybody [else]".

"The scale of the outbreak is much larger than anything ever seen before," said Gregory Hartl, a WHO spokesman. "It is an obvious source of concern and it is not to be underestimated, but we must take measures commensurate with the risk. What you don't want to do is to take blanket measures to cut off travel and trade."

Below, Herbert M'cleod, a special adviser in the Office of the President of Sierra Leone, comments on the financial impact of those blanket measures in  his article "Stop the Ebola Domino Now!"

Sierra Leone, Guinea and Liberia, with support from external partners, are engrossed in urgent and complex issues relating to adequacy of (healthcare) resources, preventing infection and saving lives. Sadly coverage of the outbreak by the international media has produced the mischaracterization of the region as a no-go area.


There is a growing stigmatization of nationals and travellers, and goods and services to and from the region. The evolving nature and form of this could have disastrous economic consequences that go way beyond the sub-region, and could return the three countries to poverty levels prevalent during the earlier conflicts and periods of instability.

There is hardly any mention made of the steps taken to prevent the spread by the potential carriers before travelling, including taking the temperature of all exiting travelers. With the exception of Nigeria, there has been no other case of infection by others of carriers from the sub-region: suspected cases have proved negative.Yet some airlines have cancelled flights and reportedly, Cote d’Ivoire has imposed a ban of ships berthing in any of the ports in the affected countries unless 21 days have elapsed.

These acts are tantamount to a trade and personnel embargo that will have far-reaching economic effects. Examples include:

·      Cancellation of new investments or expansions of operations of large mines;

·      Shortages of spare parts and other imported goods

·      Non-participation of nationals in international forums of economic, political and social importance, even sports events Potentially a shortage of fuel which could have devastating consequences

All three countries (Sierra Leone, Guinea and Liberia) plus Nigeria must take concerted action to change the image of the region as being a no-go area. And in this they need the support of the international community. Governments of the three countries plus Nigeria should act now, and  not shy of getting support from major news channels.The announcement by Cameroon and Equatorial Guinea of embargoes could be the start of a domino effect that will have far-reaching repercussions for the continent.

There is insufficient emphasis and clarification on the methods of transmission of the disease. The prevalent impression is that it is easily transmitted as in the case of influenza. It is transmitted through bodily fluids (similar to HIV) and is not contagious unless the patient is displaying symptoms. This explains, partly, why Ebola occurred three times in Uganda but did not deteriorate into an epidemic. In the case of the current three countries, failure to contain the spread was due to weaknesses in the health system; and this is now being addressed. ---H P M’cleod


Herbert M'cleod is special adviser in the Office of the President of Sierra Leone, and the team leader for government teams renegotiating mining agreements. M'cleod holds a degree and postgraduate degree in Economics and Development Planning, from the Institute of Social Studies, The Hague. He has held various United Nations Development Programme positions to include, director, Operations Policy and Programmes; resident coordinator in numerous countries including the the Democratic Republic of the Congo, Cameroon and Eritrea. His interests are challenges facing post-conflict countries and fragile states; dealing with management and policy complications of natural resource-rich, low-income countries.