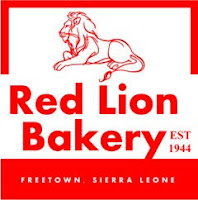 Red Lion Bakery has been around for some 70 years and is one of the most successful family businesses in Sierra Leone. Recently, the bakery announced that it has revamped its original line of artisan bread and introduced a new style of Red Lion bread produced by an automated system.

According to news reports, the bakery spent over US$300,000 to buy new machines, including a mixer, cutter and dryer.

Management of the bread business has been passed through Ashwood family hands since 1944. Now it is being managed by Cyril Grant and Michelle Jones, grandchildren of the founding baker, who took up the business as co-owners of the bakery in 2015.

Red Lion Bakery has also improved on their services with the opening of a website so as to interact with customers, distributors and others.

Here's a history of the Red Lion Bakery.

Born out of the need to feed a family during the rationing period of the Second World War, Red Lion Bakery has been a family‐ owned and operated business since 1944.

Mr. Ashwood, a police officer, lived at the Police Barracks in Kingtom with his family, which then consisted of 6 children: Hodson, Pamela, Gloria, Gracie, Jestina, and their baby, Joseph. One day, Mr. Ashwood brought home a single loaf of bread from Whitfield’s bakery, to be shared by the household.  Bread was being rationed and also, cost one shilling. An exorbitant amount at the time!
A loaf of bread was, of course, inadequate to feed the entire household. 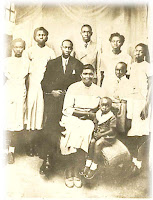 So, Mrs. Ashwood, inspired by her late mother, Annie Asgill, who used to bake cakes in a pot during festive seasons, decided to make bread in a pot.  She bought all the necessary ingredients, and after several unsuccessful attempts, with varied results— hard as stone or completely soggy—she conquered!

With joy, she took some samples to the neighbors. It was a success!  So she started making extra bread for sale.

As the news spread, the business progressed and by 1948 it was a recognized farmhouse bakery at Bolling Street, Kingtom. A small oven was bought and expert bakers engaged. The business initially started under the name of Ashwood, Sons and Daughters (ASSADS).  Mr. Ashwood then renamed the Bakery, Red Lion after his favorite “watering hole” in London.

This is how Red Lion Bakery was born.

In 1988, ownership passed on to four daughters: Pamela Grant, Gloria Dillsworth, Gracie Williams and Jestina Jones. Over the last 25 years, all four have been involved in co-managing the business. For 10 years till 2013, Jestina the youngest, was the managing director and ran it successfully through very difficult times until her death, in July of that year.

In early 2013, the owners determined it necessary to transition the business to the 3rd Generation. Cyril Grant and Michelle Jones, grandchildren of the founder, have taken up the challenge.

Visit Red Lion on the web at http://redlionbakery.com/about-us/