Seven Theses on Decolonization and the Programmed Transition to Neo-Colonialism, By Ibrahim Abdullah 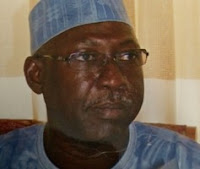 Dr. Ibrahim Abdullah, a history professor at Fourah Bay College, gave a WhatsApp lecture to mark Sierra Leone's 55th Independence anniversary on April 27, 2016. Below are excerpts from Abdullah's "Seven Theses on Decolonization and the Programmed Transition to Neo-Colonialism"

Theses One: What is the meaning and significance of the date -- 27 April?

Very few Sierra Leoneans know where this date was yanked from or why Sir Milton and the SLPP [Sierra Leone People's Party] appropriated it. 27 April was the day of the war of liberation... The SLPP appropriated it in the name of 'One Country One People' but the meaning of one country one people did not necessarily translate into an inclusive project that reflected the nation about to be born.

The history of decolonization unfolded without any national project or key demands by the dominant elites. What we witnessed was a tussle for power and supremacy between the so-called protectorate elites and chiefs versus the backward settler Creoles represented by Bankole-Bright. Independence was handed over to a divided elite: a marginalized and beaten Creole middle class and a so-called provincial elite with cracks in their ranks between so-called North and South that would eventually pave the way for the APC [All People's Congress] to emerge.

Theses Two: The elites from the two historical blocks: Colony and Protectorate did not elaborate a discourse on the nation to be born nor did they unveil any program of transformation of the state to be.

Sir Milton Margai's speech was a telling reminder that independence would meaning nothing to the people of Sierra Leone--'everything will remain the same'--he tells us.

The lack of vision together with an emancipatory national project to transform economy and society has continued to elude subsequent leaders from Sir Albert to Ernest Koroma. We did not produce any nationalist leader in the era of decolonization and we are still searching for the leadership that would take us to the promised land.

The historic divide between colony-protectorate has morphed into a vicious competition between different ethnic groups that makes nonsense of citizenship and modernity.

If my rights as a citizen are limited to where I supposedly come from', where I am a so-called 'native' then it means the constitution has no meaning in our everyday lives. Ethnicity and regionalism subverts citizenship and undermines the nation-state.

Theses Four: We need to reflect deeply on the shortcomings of Sir Milton Margai.

His independence speech reads like a script written in Whitehall. Where Lumumba was telling the Belgian King that independence would mean freedom and dignity for Congolese; Sekou Toure affirming the wishes of Guineans to die in poverty rather than enjoy wealth in chains; where Cabral proclaimed independence without giving the Portuguese the honor to depart peacefully; Margai was affirming continuity sans change. We need to remember that development is not materiality. Development is also about honor; about dignity and about respect.

Theses Five: Sir Albert Margai the most maligned leader in post-colonial Sierra Leone is usually associated with the dual sins of ethnicity and regionalism.

It is alleged that he promoted his kith and kin at the expense of others equally qualified.

The fruits of independence were for all so the question of privileging a particular ethnicity was considered unacceptable. But is it possible to read Sir Albert differently? That he promoted non-Creoles in the name of affirmative action to right the wrongs of pasts? Ethnicity and regionalism pre-dated Sir Albert and have continued to ravage state and society irrespective of the rule of law. We need to rethink the politicization of ethnicity and regionalism within the framework of a democratic and modern society.

Theses Six: The history of the red shirts, the only party that has won elections twice against an incumbent, is the history of post-colonial Salone.

From competitive multi-party elections to one- party dictatorship, the red shirts are still what they are best known for: power and control sans rules. A major challenge in post-colonial Salone remains the unfinished business of deepening democracy through the development of a democratic culture. We cannot get to the promised land with a one-party culture or an entitlement culture anchored on exclusivity.

Theses Seven: The vestiges of our one-party pasts still haunt our multi-party present.

Occasional violence by state operatives, constricting democratic space/outlet, grinding poverty, are telling signs that all is not well. After 55 years of trying, and a ten-year brutal civil war as a reflective interlude, we should begin to seriously re-think how to reinvent out collective future sans green and red. A rebirth without our historic Siamese twins is the best option towards the promised land.