In this wrap-up, Sewa News brings you excerpted comments posted by Amadu Massally, who has travelled to sister communities in South Carolina, Jamaica, Trinidad, and Grenada; and Patrick Muana, who has taught rhetoric, literature, and Africana studies at colleges in Sierra Leone and in the United States.

Amadu is currently working on a John Kizell documentary with Joseph Opala — the historian most famous for the "Gullah Connection," which recognized the historical links between the people of Sierra Leone and the Gullah people of the Low Country region of South Carolina and Georgia in the United States — and Kevin Lowther, author of The African-American Odyssey of John Kizell.

According to Slavery and Remembrance, Kizell was born about 1760, and captured at the age of thirteen, during an attack on his uncle’s village. A slave-ship captain transported him to Charleston, South Carolina, a major slave-trading port in British North America. After enduring slavery, Kizell escaped his slave owner and joined the British military during the American Revolution. Some reports say that Kizell helped establish Settler Town, Sierra Leone, the oldest section of present-day Freetown.

Kizell’s history “is not the Anglo-oriented interpretation that M. Gibril Sesay speaks off,” Amadu wrote. And why he says he is interested in the op-ed's drive to “dispel the myths around Anglo-Saxon interpretation.”

While Amadu agrees that the 1787 settlers were not able to formally establish the Province of Freedom (or Freetown), he queries the Themne interpretation of re-captives.

“Maybe there were some that were runaways from the hinterland, but the evidence points to over 60,000 recaptives and a high percentage of those, Nigerians (with another high percent of those Nigerians being Yorubas) were intercepted at sea on their way to slavery!  Post-1807” Amadu said.  “And, why I think John Kizell's narratives are invaluable today, making him arguably, one of the most important of returnees.” 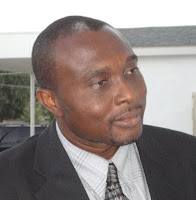 “Anna Maria’s husband was not just into it for the humanitarian spirit, he actively established himself as intermediary with the coastal chiefs . . . obviously using a coat of arms that was never registered, taking over the company's entire assets of 150,000 pounds,” Patrick added.

For his part, Amadu said that although he liked the mention of the contradiction of some names like [Y] immy, how Naimbana got his extension, and folklore that makes a lot of sense,  “the derivation of Freetown from the Province of Freedom needs further investigation,” he said.


“Who is that Chief of Koya drawing on the revenues or profits from Water Quay?” Amadu asked.  “And do they pay them in today’s equivalence?  That is one Chieftaincy to aspire towards,” he said.

“I think some of these things should be discussed and brought to the fore and not shied away from like they are such bad things," Amadu said.  "No!  They are not bad things.  This is our collective history.”