THE DAY OF THE AFRICAN CHILD by Brian Sitta Kargbo 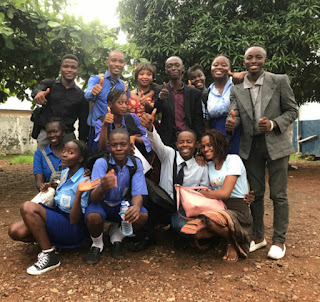 On June 16, 1976, children in Soweto took to the streets in protest to add to the outcry started by Nelson Mandela, Desmond Tutu, Thambo Mbeki, and others in South Africa.

Frustrated with segregation, the students demanded  equal rights. Sadly, the demonstration resulted in the death of some 23 students. More than a hundred were injured.

Recognizing the gross violations, and the role played by these children in ending Apartheid, the Organization of African Unity (OAU), now known as the African Union, ratified the AFRICAN CHARTER ON THE RIGHTS AND WELFARE OF THE CHILD.

They also called for a global observance of the day, marking the horrendous attack on peaceful school pupils demonstrating against the injustice of Apartheid in South Africa.

Also recognizing the day, the United Nations (UN) declared 1979 as the "International Year of the Child," which set in motion the working group that drafted the CONVENTION ON THE RIGHTS OF a CHILD (CRC) in order to give a new face to children's rights/protection.

Several countries around the world have adopted the CRC as part of their jurisdiction, or passed into law acts similar to the CRC.

The Sierra Leonean version of that document is the CHILD RIGHTS ACT passed into law on June 7, 2007 in the Sierra Leone Parliament.

Today all kids on the continent commemorate June 16, a day for reflection on the state of children in Africa - irrespective of color, status or sex.

In some places, schools are given a holiday to commemorate this important day; and, most common is African regalia and a united effort to pursue Africa's course thereby eliminating and, or preventing foreign domination.

Children dress up in different attires projecting different occupations, mimicking roles they intend to occupy in society when they reach adulthood.

Every year, state and non-state actors give a theme for commemoration.

This year (2017), the theme is, "ACCELERATING PROTECTION, EMPOWERMENT AND EQUAL OPPORTUNITIES FOR CHILDREN IN AFRICA BY 2030" 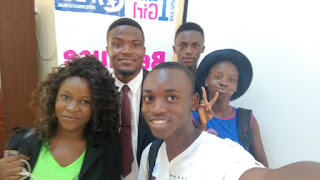