The king is dead, long live the king! 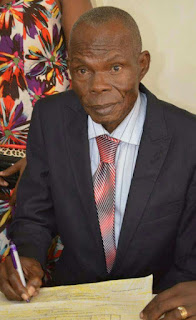 
Kama, whose flashy style, rugged looks, and charismatic personality left an indelible mark on west African football, passed away at Freetown's Connaught Hospital. Reports say he was in his 70's. The cause of death is unknown.

He was “one of Africa’s greatest footballers –the legendary Sierra Leone center forward of the 1960s and 70s,” Kanu added. 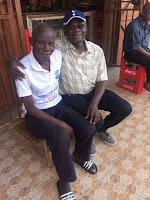 “If Kama Dumbuya [were] young in this age when European and American soccer thrive on the back of contributions from African players, ... leading clubs would have splashed the cash to utilize his goal-scoring knack,” Kanu notes.

Kama “was a goal merchant, whose ability to mesmerize defenses and score was phenomenal. He scored against most of the African teams that played against Sierra Leone. He had many nicknames because of his scoring prowess. He was called “King Kama”, “Kama the Hunter “and “Kama, the Hammer,” Kanu said.

The name "Kama Dumbuya" resonated with every child born in the seventies, wrote one fan on Whats App.

“Quite recently, he was honored for his long contribution to sports by the director and CEO of Mercury International Ltd. 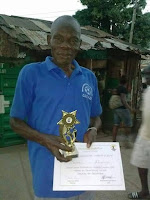 "He received an award amounting to a little under $1,000 dollars which I believe was timely and may have helped him pay for his medical expenses as we have now come to learn," he said.

Kama Dumbuya was a beloved star of the old Freetown Central One. The constituency, which Sorie Ibrahim Koroma won in 1962 and represented until 1986, hugs the shoreline on the eastern outskirts of Freetown.