Sierra Leone's State House has proclaimed a seven-day National Mourning period, as the nation begins to come to terms with devastating floods and mud slides that have left hundreds of people dead and entire communities buried under mud.

The week of mourning event has been organized around rescue and clean-up efforts, shored up by Army personnel activated by President Ernest Koroma in response to the humanitarian crisis.

Red Cross officials estimate that 600 people are still missing after heavy rains and flash flooding led to landslides in the west African nation of Sierra Leone on Monday.

More than 300 people are dead and local residents say they expect the death toll to continue to rise.

According to weather.com meteorologists,  the area has seen nearly 20 inches more rain than average over the last 30 days.

Private sector and #UN working together to map disaster area and predict risk of new landslides. 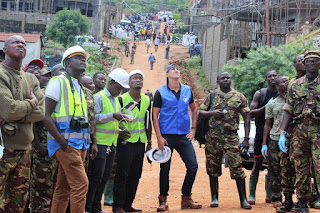 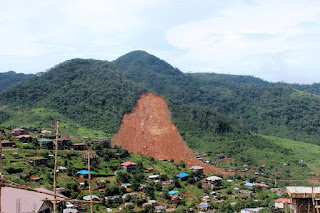