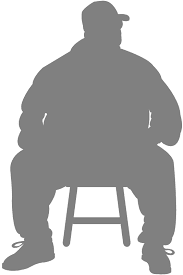 A man who has bet on people who pay every time out of the gate thinks the Sierra Leone People's Party (SLPP) will win all parliamentary seats in Bo, Sierra Leone's second city; Pujehun district, and Bonthe district.

Moyamba, the old southern town of rutile, bauxite, zircon, and gold, will be a tougher force to crack, he adds. And Kono, the land of diamonds will be even tougher.


So what is it about these mining towns?

In Kenema and Kailahun, the man predicts SLPP will win all constituencies, “except constituency 08 where the Independent candidate may beat Yatta Songa with John Oponjo Benjamin (JOB) support,”
he states.

Benjamin (born in Segbwema, Kailahun District) was the leader of opposition Sierra Leone People's Party (SLPP). He served as Sierra Leone's Minister of Finance from 2002 to 2007.

The Western Area, where Sierra Leone has its bustling capital, Freetown, will go APC, APC, APC!

The All People's Congress (APC) is the party that brought out 500,000 people (estimated) onto the streets of Freetown last week. What a feat!

“APC will win most but will be hard for a clean sweep,” tempers the man.


Kambia, the predominantly Muslim northern district that borders the Republic of Guinea to the north, will be split, the man wagers. And the National Grand Coalition's nominee Kandeh Kolleh Yumkella is predicted to face an uphill battle to win his seat.

“Port Loko, Bombali, Tonkolili will all be All People's Congress but not with the kind of votes APC's Ernest Bai Koroma commanded in 2012. Swing vote Tonkolili will be very tough," the man said.


If you think it's all hokey, here's what the man  pushes back with:

“I predicted Julius Maada Bio will be flag bearer in 2012. I predicted Ali Bangura will not get what he wanted; the only one I got wrong was Minkailu for flag bearer. I guess he shot himself in the foot over the Hajj issue," the man adds wryly.

So how about supporters of the Coalition for Change (C4C) and the National Grand Coalition (NGC) party? Where should they put their money?

“Here is one prediction [they] will not like...Coalition for Change (C4C) will run National Grand Coalition (NGC) close for 3rd place. And C4C will have more Parliamentary seats than NGC...because of Kono," the man adds.