How the Civil Service could change Sierra Leone by 2025 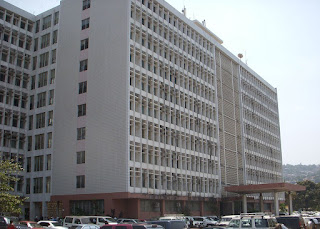 By 2007 many Sierra Leoneans were disillusioned with the two-term Ahmad Tejan Kabbah administration and felt that the president had failed to deliver on post-war development promises.

The parliamentary and presidential elections produced a transfer of power from the Sierra Leone People’s Party to a coalition of the All People’s Congress (APC) and the Peoples Movement for Democratic Change (PMDC) party. The APC’s Ernest Bai Koroma headed the new government.

The civil service by the quality of its knowledge and experience of public affairs supports elected government in devising effective state policies and has a responsibility to implement these policies for the nation’s well-being.

In which light, the Sierra Leone Civil Service played various roles in the 2007 transition with varying degrees of success.

During the 2007 transition, critical gaps existed, particularly in the middle, professional and senior management cadres.

There were only 995 civil servants in mid-level professional and technical grades – compared with 5, 858 in 1993/94 at the start of the war. Senior management of the service comprised 0.9 percent of the total workforce.

It is debatable whether the 2007 transition produced the expected results leading to improvements that included effective management of the state and its financial and natural resources; promotion of sustainable development and political stability, and, critically, safeguarding constitutionalism, the rule of law and human rights.

The transition underscored the need for the government to generate policy and initiatives on issues of economic development, governance, democracy and other issues that highlight a human and social perspective to development, and bringing national voices, such as Parliament, the Auditor General, the Anti-Corruption Commission, Civil Society and the Media to bear on these issues. 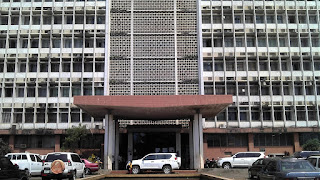 In a bid at reform, Sierra Leone launched Vision 2025 on March 15, 2001. It was a comprehensive vision of the government’s long-term development objective within which the Poverty Reduction Strategy Paper (PRSP) was encapsulated.

Poverty Reduction Strategy Papers are prepared by in broad consultation with stakeholders and development partners, including the staffs of the World Bank and the International Monetary Fund.

One of the key objectives of the then President Kabbah for the realization of its short and long-term development objectives was for action to be taken to create a leaner, well-motivated and capable, efficient Civil Service to implement the Poverty Reduction Strategy Papers.

Actions taken by the government included, among others, filling of critical gaps through competitive recruitment, the transformation of the Establishment Secretary’s Office to Human Resource Management Office, implementing comprehensive training policy, formulation of pay and grading strategy, records management, etc.

A key area that needed reform during the 2007 transition centered on improvement of managerial capacity, and key competencies for policy development, design, implementation, and support for service delivery to take care of gaps in capacity in coordination, monitoring, evaluation, policy development, and strategic planning.

Experts link institutional and capacity weakness of the civil service with the fundamental causes of failure of the government to effectively translate development aspirations into real socio-economic benefits for most of the population.

In this framework, the Sierra Leone civil service is the collection of administrative and professional staff employed on a permanent and pensionable basis to established posts by the state to advise on and execute its policies.
Its core functions include: offering non-partisan advice to political leadership; contributing to effective policy-making and regulation; effects, effective coordination between institutions of governance; providing leadership at different levels of administration; delivering government services and providing continuity and change to the administration.