'Oh, the rain came down And the floods came up' 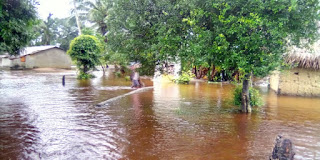 About a month ago, Freetown City Council's revenue team announced it was visiting properties in certain areas of the city to collect property rates. The team, made up of staff from the valuation, rates and finance departments, together with police and bailiffs, planned to visit the properties with a bank official to give residents the convenience of paying from the comfort of their homes and businesses.


", don’t forget to honor your financial responsibilities towards our city, as FCC cannot #Transform" the mayor urged.

Yvonne Aki-Sawyerr, mayor of Freetown, described Thursday, August 15, as "a somber day for us at Council,"  as many of our residents were affected by flooding and four people lost their lives, she wrote on Facebook.

Earlier that day, the mayor had visited Wellington, one of the worst-hit areas with mudslides. 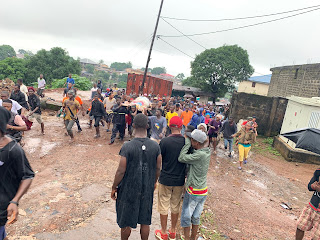 Throughout the day, the mayor's office coordinated with councilors,  the Office of National Security, and humanitarian organizations like the Red Cross.


"The FCC notes with dismay the building of properties within waterways, which has contributed to the scale of the disasters," the mayor wrote. 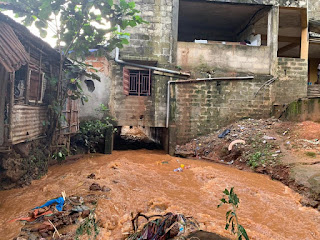 "Working to mitigate these risks requires the enforcement of robust land-use planning and building codes, a function which up until now has not been carried out by the FCC. The plight of our residents, whose homes may have caved in due to poor construction or flooded because they have built-in waterways, reinforces the need for local councils to be actively involved in planning their settlements. We are committed to working with residents and other stakeholders to #TransformFreetown to a safe city through sound urban planning and environmental management."


On Sunday, August 4, the Freetown City Council, ward councilors and the Office of National Security were out and about to register residents displaced by that weekend's heavy downpour and subsequent flooding.


"Is there a plan to move people from the Kroo bay area," asked one man on Facebook.


Relocating them will be the best option, agreed M. Santos.


"I know the past government has tried doing so, but after relocating them, the affected areas should be smashed down to ground level and later developed into something different like centers for learning or factories in order for them not to occupy those areas anymore. This I think will settle their problems. Thanks to her Lordship the Mayor of Freetown." 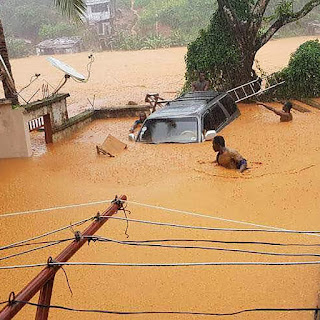 On Radio Democracy’s "Good Morning Salone" program, the  mayor together with Vandy Rogers, director of disaster management at the Office of National Security,  discussed  rapid response to the victims of recent flash flooding, long term plans to prevent flooding in Freetown and how immediate #FloodMitigationActivities fit into the bigger fight against flooding in Freetown.

Some think the Freetown City Council, Office Of National Security and their partners aren't doing enough in response to environmental violence, unsustainable development, and unregulated sprawl which pose grave threats. 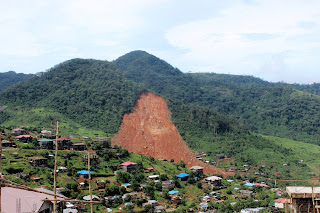 Many in the city and beyond have asked: How does Freetown solve this problem? But another, more ominous question is: Can they solve this?

According to Douglas's blog, one suspect, Ibrahim Mansaray, Massah’s driver, is currently in custody and has been questioned by the Inspector General of Police and the Head of CID.

The suspect has provided very little information as to Massah’s disappearance but was in possession of Massah’s iPhone when he was arrested.

Mansaray reportedly looted Massah’s apartment of furniture, clothing and kitchen items before returning the keys to the landlords. The apartment was paid for until the end of December 2018.

After 45 days, the Cyber Crime Unit of CID finally retrieved scant information from Massah’s phone but it has not proved useful in tracking Massah’s movements or whereabouts.

The legal team at Orange, the telecom provider, will not comment and have not been helpful in providing …
Read more