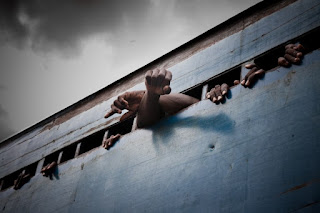 Since the resident coordinator of the United Nations in Sierra Leone released a statement condemning the violence in the post-war country,  President Julius Maada Bio has accused the main opposition party of orchestrating the violence while refusing to allow human rights sources to identify those who were killed by security forces on April 29, or addressing the arbitrary arrest of Sylvia Blyden and others. Amnesty International Sierra Leone has called for their release.

Reaction to the president's speech has been swift.


“It is shocking, the claims the president is making,” said party spokesman Sidi Yayah Tunis.


Representatives of the Christian community comprising the Catholic Mission, the Council of Churches in Sierra Leone, the Evangelical Fellowship of Sierra Leone, the Pentecostal Fellowship of Sierra Lone, the Seventh Day Adventist, and the Strategic Evangelistic Network called on the security forces to perform their roles responsibly and with respect for the rule of law.


"All of these we believe is as a result of the political tension primarily between the ruling Sierra Leone People's Party (SLPP) and the main opposition All Peoples' Congress Party (APC)," the faith leaders said in a statement. "This unnecessary tension is a scary reminder of the very causes that threw this country into eleven years of senseless civil war about which politicians seem to have forgotten so quickly. We seem to have thrown overboard the report of the Truth and Reconciliation Commission (TRC) and its recommendations. We are concerned that our beloved nation may once again degenerate into total chaos if we allow this circle of violence to continue unchecked. When politicians fight each other, it is the ordinary people that suffer," the statement said.

Andrew Keili, a veteran columnist wrote in his weekly commentary "Ponder My Thoughts" that the tendency to portray anyone who dares criticize the government as a pro-opposition operative and pro-government supporter is not new. In conclusion, Keili quoted Edmund Burke's 'The only thing necessary for the triumph of evil is for good men to do nothing," adding that Sierra Leone should not be left to the whims of political combatants alone, Keili said.

Below are excerpts from a social media post by Tracey Marke, a social commentator who manages a listserv focused on  Sierra Leonean issues. Her remarks were posted shortly after the president's speech.


It was a dark speech and not one we needed at this time when we need unity of purpose.  It was banging the drum of war and ominous.  It gave us none of what we would expect during a crisis — a pandemic the world has never seen that is going to change our lives immeasurably. It had nothing to do with the pandemic, that was left to the EU (European Union).  It lacked any form of human touch about lives being disrupted and the need for change.  Instead, COVID was merely an aside, a footnote and throw away line within war cries. It did nothing to address any of our burning issues of the day that could ameliorate youthful anxieties or give hope. Instead, it did what has been hallmarked, it continued to divide and send clear signals that this is now war.  This has already started to play out leaving many wondering where precisely we are heading and where this will end in a time when we shouldn't be in one place with no escape for the majority of the people who have no dog in this fight.

We see videos doing the rounds — the most poignant, an educated woman taunting and threatening in combat gear and another of a high level having to be benched for image rehabilitation.

I fear for our country and our lack of understanding about the real threat — COVID-19. This speech spoke nothing to our fears, about our health, logistics, people, or survival.  It’s was an 'I don’t care moment' and all about SLPP-APC party politics and a response to a single internet warrior who has been given new undeserved sainthood by it. We seem blinkered about the gravity of COVID — yet it marches on each day exerting its human toll but without faces and only numbers, we are numb to it.  As it silently marches on in alarming muffled and unspoken proportions in Freetown and heading across the country.  We the ordinary watch on with anticipation and anxiety about what this all means for people and country as our “official tested ” body count mounts up day after day in our roll call. There is no time to waste and every second exerts it’s toll yet we seem to have given up the fight.  Priorities are misplaced people are fanning out instead of staying put to hold crowded rallies that have nothing to do with COVID.

We have no reliable systems nor checks and balances. Put those in place and give criminals their day in a functioning court system. I wish we could just grow up and be counted.  That’s what was expected from vuvuzelas who were the Adebayors of their day. Instead, you muffle and mark every gripe so insultingly and simplistically as that of only being a result of some opposition party instead of issues.

Let’s see more concern and priorities for the people. You can’t ask people to go to work part-time or not at all when the country has such a lack of employment and people are drowning in poverty.  Put in programs and safety nets, plan for them. A hungry man is an angry man.  Those days of not making an impact while we all watch enrichment are gone.  The sooner that is recognized the sooner a bad situation and crisis can be averted.

You threaten any form of free speech marking it out for intervention as subversion. Do you think if people saw improvements, seriousness, empathy, and communication as we see in the Ghana address that people would not be positive and recognize it? How are you different, when the old politicians you accused of being no good you put into your midst as they fit your purpose? What has happened to the house in our Guma catchment area as a case in point?  This is an afront and makes a mockery of a COI. What are you doing to lift the lives of Sierra Leoneans and where is the concern for them being number one priority.  Still, we are talking about the same exploitation and deprivation we have always spoken of that you were all riling against.

Afrobarometer is a pan-African, nonpartisan survey research network that provides reliable data on Africans’ experiences and evaluations of the quality of life, governance, and democracy. Seven rounds of surveys were completed in up to 38 countries between 1999 and 2018. Round 8 surveys in 2019/2020 are planned in at least 35 countries. Afrobarometer conducts face-to-face interviews in the language of the respondent’s choice with nationally representative samples.

The Afrobarometer team in Sierra Leone interviewed 1,200 adult Sierra Leoneans in July 2018. A sample of this size yields country-level results with a margin of error of +/-3 percentage points at a 95% confidence level. Previous surveys have been conducted in Sierra Leone in 2012 and 2015.

▪ A majority also said they fear becoming victims of political intimidation or violence “a lot” (41%) or “somewhat” (14%) during electoral campaigns – more than double the proportion recorded in 2015.

▪ More than half (53%) of citizens said they feared violence at political events during the previous two years, and a third (33%) reported having feared violence during public protests.

▪ One in 20 citizens (5%) said they participated in a demonstration or protest march during the previous year – something that most Sierra Leoneans (69%) said they “would never” do. More respondents said they expressed their dissatisfaction with government performance by joining others to request government action (32%) and contacting officials for help (21%).

▪ As of mid-2018, a majority of Sierra Leoneans said the government was doing “fairly well” or “very well” in preventing or resolving violent community conflict (63%), reducing crime (61%), and preventing election-related violence (54%).