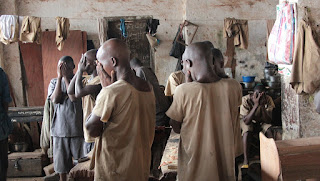 The resident coordinator of the United Nations in Sierra Leone has released a statement condemning the recent violence in Freetown. Brutal killings have sent shockwaves around the post-war nation, which marked its 59th Independence anniversary on April 27 as COVID-19 infections spike.  Read the full text below:

Freetown, 1 May 2020. The United Nations in Sierra Leone expresses serious concern over the violent incidents, which occurred on 29 April 2020 in the Central Correctional Facility at Pademba Road in Freetown. The United Nations regrets the resultant loss of life, injury and damage to property, and further condemns all forms of violence. The United Nations extends its sincere condolences to the bereaved families and wishes the injured speedy recovery.
The United Nations in Sierra Leone recalls the commitment made by the Government of Sierra Leone, under international conventions and treaties, including the Nelson Mandela Rules, to protect and respect the human rights of all persons deprived of their liberty. It calls for prompt and full investigations into the incidents so that the perpetrators of the violence may be brought to justice.

More than ever, preventing the spread of COVID-19 should be the overarching priority for institutions and individuals alike, which demands consensus and unity of purpose among all sections of Sierra Leonean society. To this end, the United Nations in Sierra Leone calls on all the political parties, their followers, security agencies and the population at large to promote respect for human rights while eschewing acts of incitement and other actions liable to lead to violence and distract
from the all-important fight against COVID-19.
The United Nations in Sierra Leone continues to urge political parties and other stakeholders to engage in meaningful dialogue and continues to stand ready to facilitate such dialogue.