Koroma is chairman of the African Union Committee of 10 (C-10 ) which is advocating and promoting the African Common Position in the ongoing intergovernmental negotiations for UN Security Council reform. 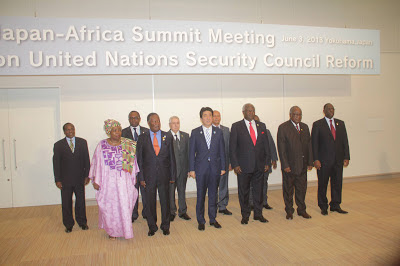 The fifth Tokyo International Conference on African Development (TICAD V), which began Saturday June 1 was co-organized by Japan Office of Development Assistance, the United Nations Development Program, Office of the Special Advisor on Africa, The World Bank and the African Union. Other contributors include the Japan International Cooperation Agency and the City of Yokohama.

TICAD is a global framework for Asia and Africa to collaborate in promoting Africa's development. The first Tokyo Conference was held in 1993 and ushered in a continuing process of support for Africa and consensus-building around African development priorities.

Photographs below show President Koroma being welcomed by His Excellency Shinzo Abe, Prime Minister of Japan; in plenary sessions for heads of states with members of his delegation, and at other official events that took place in Yokohama, including a meeting with Sierra Leonean students  in Japan. All photos were provided by Presidential Special Executive Assistant Sylvia Blyden. 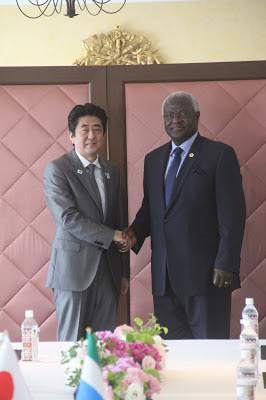 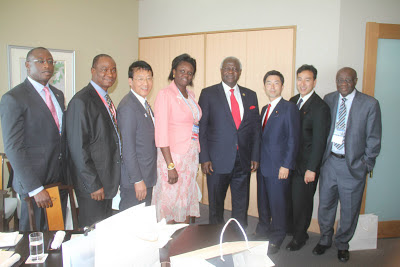 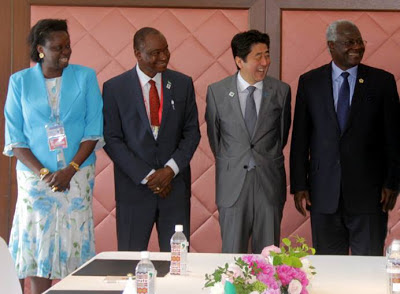 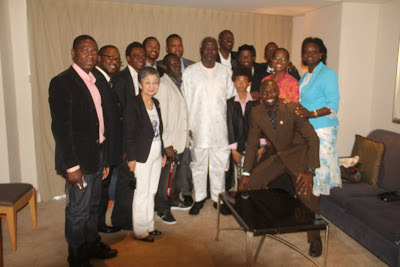 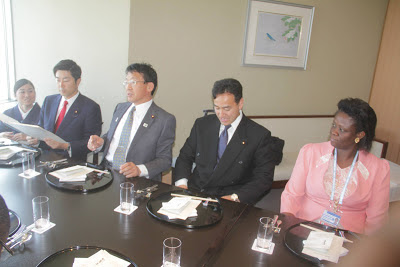 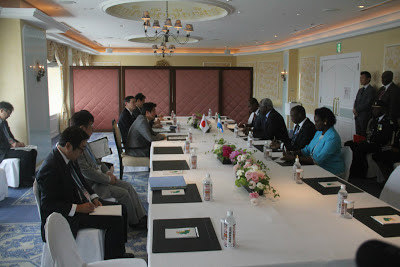