Sewa News takes its name from the most important commercial stream in Sierra Leone: the Sewa River. In today's feature, we take a look at CEOs, small business owners, and investment advocates making headlines in Sierra Leone's economy.

Aliko Dangote is one of Africa's richest businessmen. Last month, he took a project estimated at $45 million U.S. dollars to Sierra Leone.  Dangote Cement is now installing a processing plant at Queen Elizabeth II Quay in the nation's capital Freetown, where they plan to start operations soon. The company is expected to produce 1.3 metric tons of cement per year and employ 200 workers.

Dangote Cement also took part in April's trade show at Sierra Leone's National Stadium. The event, which drew 50 international and one hundred and fifty home-based businesses, was organized by the Sierra Leone Chamber of Commerce—the oldest voice for the private sector in Sierra Leone.

Launching the trade fair, chamber of commerce president Gladys Strasser-King told the local press that the organization was a big body which comes together to give advice to the government.

SLBF isn't as old a voice as Sierra Leone Chamber of Commerce but they too work at bringing government and private sector together to engage in dialogue for private sector development. The SLBF aims to "make Bizness swit" for big business like Dangote Cement, small- to medium-sized registered companies in Sierra Leone's Chamber of Commerce, as well as hawkers and street traders.

"I started out selling onions from a basket on my head," Marie Bob-Kandeh recently told the International Finance Corporation (IFC). "I had to leave very early in the morning, and then work all day," she said. "It was difficult for business people to develop companies in Sierra Leone. Laws prevented investment, even if you worked hard. After the 2007 Business Act, some like me have registered. My business is my own."

IFC, a member of the World Bank Group, is the largest development institution focused exclusively on the private sector in developing countries. Doing Business,  published by the World Bank Group, identifies Sierra Leone as having made reforms in four key areas important to investment and exports: Starting a Business, Dealing with construction permits, Registering Property, and trading across borders.

Still, it's anyone's guess how many hawkers and traders who sell food, small items, dye clothing, crafts, and conduct business on a small scale will some day be like Marie—now one of the leaders in Sierra Leone's Market Women's Association, protecting the rights of more than 6,000 female street vendors, most of them poor and illiterate. Marie is also a member of the Sierra Leone Business Forum, the umbrella group engaging the government on investment climate reform options.

With no access to financial resources, information, technology, or large markets, many market women and street vendors find it difficult to go beyond subsistence-level. They trade with little capital, making marginal profit.

Speaking at a Nov. 2011 market women's consultative forum, Marie said market women play a key role in the development of Sierra Leone. "We will like to see a Sierra Leone where our natural resources are well managed, education is given a priority, there is free health care for all, factories are constructed to provide job opportunities for Sierra Leoneans, there is abundant foreign exchange and the country is food sufficient among others," the association's president added.

"The Dangote Foundation would like to send our best wishes to the women, who will benefit from our grant and, indeed, from other government initiatives," Dangote said. "It is their efforts and business success that will strengthen family and community bonds that are needed to transform this great state and this great country."

Dangote noted that the donation made under the auspices of the Dangote Foundation was to complement the state government’s efforts at reducing poverty, especially among women.

Goldman Sachs 10,000 Small Businesses is an investment to help entrepreneurs create jobs and economic opportunity by providing greater access to education, capital, and business support services. The $500 million program is designed to tap into economic power by providing entrepreneurs across the country with the resources they need to grow and create jobs.

Cecil (CJ) John is a chartered architect (Royal Institute of British Architects), entrepreneur and software engineer. He earns a living designing and developing enterprise search and content management systems for blue chip corporations and the United States government. He also engages in many forms of creative and artistic endeavors as a black belt martial artist, new age African jazz composer and lay philosopher. You can read some of his musings on love, happiness, and creativity on his blog CEZJAH.com 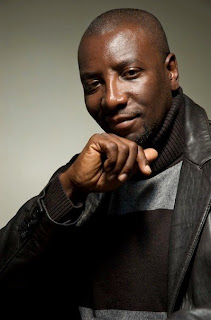 One of the major pitfalls for would-be entrepreneurs is that they fail to distinguish between a hobby and a business. Just because you are passionate about your line of work does not mean it is a good candidate for a business. The bottom line is that if your expenditure in time and capital is not yielding enough revenue for you to meet your business and personal financial needs, then you are engaged in a hobby.

Starting a business or creative venture can be a highly fulfilling endeavor, but too many an entrepreneur fails to launch due to an inability to manage and leverage their creative intelligence.

A couple of months ago, I coined a phrase called "creational intelligence" and also reserved the domain name creational-intelligence dot com.

While intelligence is defined as the capacity for learning, reasoning, and understanding, creational intelligence has four fundamental properties: Energy, Love, Motivation, and Discipline.

Energy is defined as the capacity for vigorous activity or to do work. We can get really granular talking about the various forms of energy. We can distinguish between physical and mental energy and even go further to make a distinction between "consumption" energy and "production" energy. If we were to use a vehicle metaphor, my emphasis is not on the mechanical working condition of the vehicle but rather the "gas" required to get to a given destination: ENERGY.

There are many catch phrases that describe the importance of passion for your business; how deep is your love? To live the life you want  to create; the work you love, to name a few.

Something that "causes" a person to act in a certain way or to do a certain thing...to pursue a certain goal or flee from a certain detriment. The goal or detriment of a person's actions.

Experiments imply (but do not prove) that there is a finite store of mental energy required for self-control or the exertion of will power. Commitment: The act of pledging or engaging oneself to a goal that requires long term attention and diligence.

Conventional advice to write a business plan typically consists of guidance on strategic and project planning and resource allocation projections. We could talk about the importance of marketing, communications, operations, finance, research & development, technology, sales, and information. Marketing deals with such questions as the target market, unique sales opportunity, a specification of product & service, SWOT analysis, and E-Media (particularly social media)strategy. Finance is concerned with profitability, income/expenditure forecasts and break even analysis while operations cover the legislative, administrative running of the business.

I would like to depart from this and instead write about what I consider to actually be much more important and foundational in creating a successful business.

Managing energy levels is pretty much an established science these days although largely falling within the province of alternative medicine. Here are a few pointers to get you on the right track. My advice would be to work with an established and licensed alternative medicine doctor as opposed to embarking on a path of trial and error with vitamins and supplements. If you are already taking some form of medication, this is all the more reason why you should seek medical advice to avoid potentially harmful drug interactions. Some popular supplements are COQ10, L-Acetyl-Carnitine, Gingko Biloba and Caffeine.

Nutrition for energy levels is the world of amino acids, vitamins, healthy fats, complex carbohydrates and Omega 3 fatty acids. Where supplements fail and you feel that you may actually suffer from depression, you would need to talk to a psychiatrist who will explain the various drug options such as selective serotonin reuptake inhibitors (SSRI's) and selective norepinephrine reuptake inhibitors (SNRI's).

The science of meditation, in particular, mindfulness, has a proven history of boosting energy levels. Some practitioners combine meditation with other mind exhilarating activities such as yoga or diaphragm breathing.

When you keep your body fit through moderate to high-intensity workouts such as cardio or weight training, the body releases beneficial endorphins and neurotransmitters which aid in regenerating brain cells and feelings of calm and well being.