Take a tour of Ishmael Kindama Dumbuya's photos on his Facebook timeline and quite a few stand out. 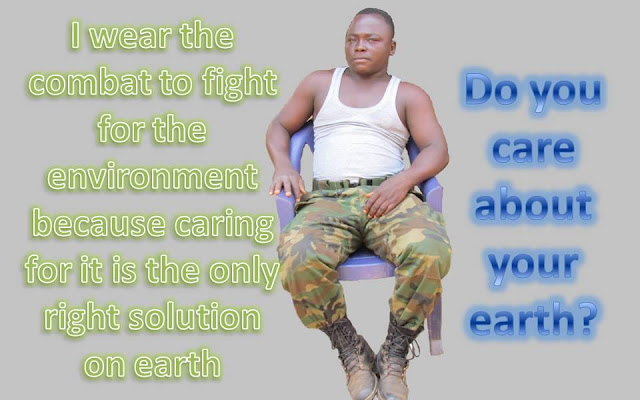 There is Ishmael sprawled on the football pitch of Madina Secondary School in Madina Town, Tonkoh Limba Chiefdom, “home of his home” as he calls it. There's Ishmael with a forest ranger in the Kangari Hills Forest Reserve, one of the few places in Sierra Leone where the endangered forest elephant still survives. There is Ishmael in the middle of Bormeh—Freetown's dump site—calling attention to the persistent organic pollutants (POPS) that are of extreme hazard to humans and animals in a city of more than 2.5 million people and growing. There is Ishmael in a mangrove swamp at low tide holding up fragile roots.

There he is again in the Western Area Peninsular Forest Reserve, which has suffered from deforestation due to urban encroachment. There is Ishmael on the ravaged site of an illicit gold mine in Baomahun, located in Bo district in southern Sierra Leone, 180 kilometers east of the capital Freetown. There is Ishmael with a newly felled tree in the rapidly vanishing rainforest of Fourah Bay College's storied hillside botanical reserve. The park used to occupy a kilometer of land. There is Ishmael in a life jacket on a speedboat in Bonthe, which borders the Atlantic Ocean. Ishmael is on a training exercise organized by the United Nations Environment Program in partnership with the Environmental Protection Agency of Sierra Leone and the World Wildlife Fund for nature. There is Ishmael against the backdrop of the Guma Valley Dam constructed in the 1940s  to serve just 200,000. The population is now estimated at 2.5 million.


Sewa News: Why did you decide to become an environmental reporter?

Ishmael Kindama Dumbuya: Environmental issues to me are the emerging issues affecting everybody. The passion to become an environmental reporter came from far away in the village when I was a school boy. I made a small farm in the bush as an experiment of what I had been taught in school about agricultural science. Some of the crops I planted with my grandmother were destroyed by pests. The passion to love the environment continued even when I was attending school in the city. I was the producer and presenter of news as well as environmental news during the school’s assembly session.

At  Standard Times Newspaper, I started as a general reporter but later a friend in Nigeria, Emmanuel Mayah, motivated me to become a specialized journalist/reporter after we met for an African Investigative Journalism Conference in the Benin Republic. I took the challenge and started to research and do something on environmental issues.

In 2010, I did a piece on deforestation in the Western Area Peninsular Forests Reserve and was awarded by the Independent Media Commission. The following year, I received another on Tourism and, in 2012, I also received an Environment award for dedication, love, passion and for Best Environmental Reporting by the same institution.

I think I will continue with such endeavor and take a challenge to be the first Sierra Leonean journalist to win the CNN/MultiChoice African Journalist Award.

Sewa News: What are the burning environmental problems in Freetown and around Sierra Leone?

Ishmael Kindama Dumbuya: Deforestation is a major problem and in Freetown the Western Area National Forest Reserve is facing threat of encroachment for housing, charcoal burning etc. The reserve is in the pipeline to be recognized as a UNESCO World Heritage Site.

Secondly, mining of gold, diamonds, rutile, bauxite etc. continue to put our once fertile lands (upland and swamp land) in danger. Mining is a major challenge in the country and you hardly come across a chiefdom in the country where these activities are not taking place.

Sand mining is also contributing to problems and destroying homes in the city. Places such as Goderich, Lakka and its environs have all suffered from the effects of continuous sand mining.

Sewa News: What is the government doing? What are communities doing?

Ishmael Kindama Dumbuya: As part of fulfilling its obligation in meeting the commitment of the Millennium Development Goals, the Sierra Leone government established the Environment Protection Agency of Sierra Leone (EPA-SL) in 2008.

The main function of the EPA-SL is to ensure environmental protection and communication. But the agency alone cannot fulfill its obligation. It needs complementary and multi commitment of Ministry of Lands and Country Planning, the forestry division of the Ministry of Agriculture, Forestry and Food Security and the Ministry of Water Resources in protecting places such as the Western Area Peninsular Forest Reserve. The ministry of lands has been given leeway to encroach in the forest thereby giving headache to the work of the EPA and others.

Honestly, the role of communities in environmental protection is very low and it disheartens to know communities are the perpetrators, and the victims, when it comes to sand mining in Lakka, gold mining in Koinadugu, charcoal burning in Kambia and Port Loko to mention just a few.

Sewa News: What can individuals do? 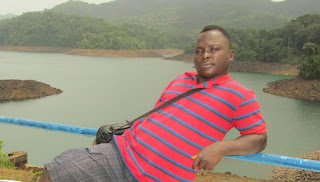 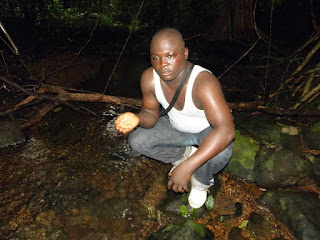 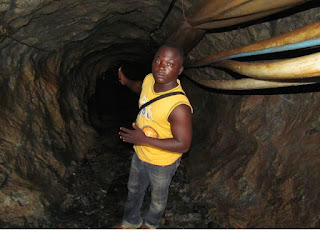 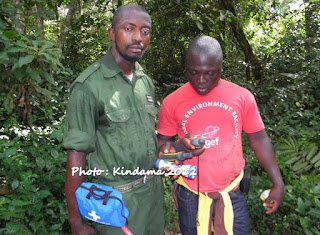 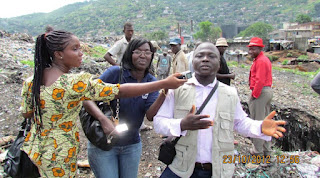 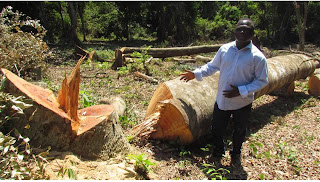 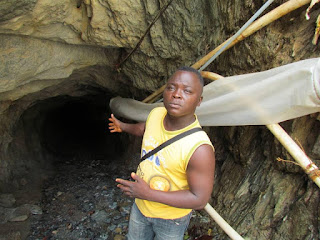 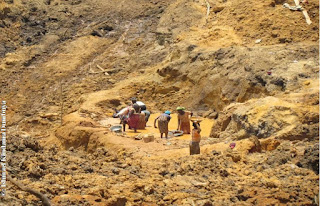 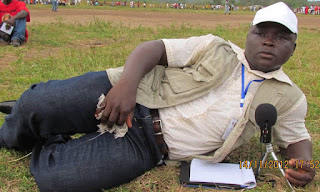 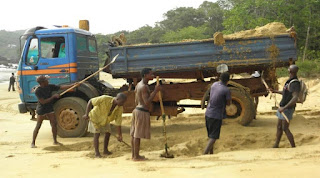 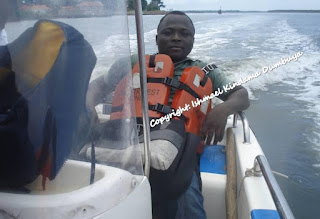 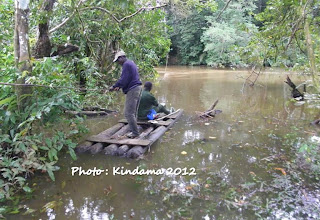 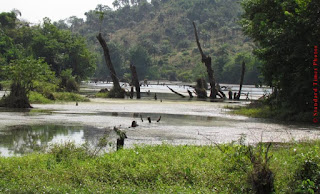 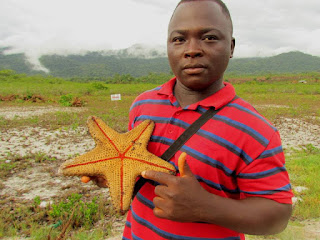 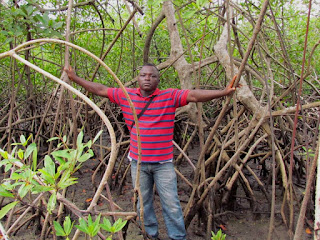