June 21, 2013
It's been one hell of a ride for Syl Juxon-Smith. Sewa News Stream caught up with the great pop culture icon in a nostalgic mode online, celebrating the era he calls the Golden '70s. 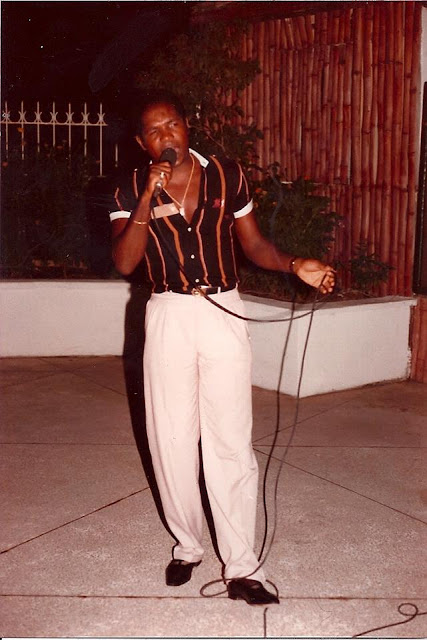 If anyone could lay claim to showing a generation of teeny boppers in Freetown how to have a good time, Syl Juxon-Smith can.

"When we see familiar friends we socialized with,  old boy- and girl-friends we clubbed with, our brain immediately conjures up Polaroid pictures of where we were, who we were with, what the weather and temperature in our youthful days was like. Or maybe the sound of old records and videos trigger special memories of the past," Syl notes.

A generation ago, the trendsetting star helped create tons of Polaroid instant moments for schoolkids in Freetown. Barely into his teens, he was already a household name. Syl played drums with Purple Haze, a local rock band named after the memorable Jimi Hendrix song. Few years after his debut on the sound stage, Syl had become the youngest music and entertainment entrepreneur in the nation's capital.

These days, you're more likely to find him at regional and international conferences focused on public safety and security than the pop music scene. On his Facebook wall, status updates weigh in on critical issues such as threats to statehood, national infrastructure, and how it affects Africa's productivity and economy.

"After graduating from playing music with Purple Haze—I was the youngest in the band—I started to be a DJ (deejay) through invitations," Syl recalled.

He enjoyed playing music at the DJ booth because he knew what people liked and how to keep punters in a club. "This was one of the reasons we were the best in terms of the latest music and style of playing; different sequences, choosing moments to get them sweating and when to cool down."

One of the hottest downtown spots at the time was Record Parade, a cafe, bar, and restaurant owned by the Blake family.

"The father was very active in the entertainment business, as well as doubling as the boss at Aureol Tobacco Company," Syl recalled. With two Blake sons doing coursework at Fourah Bay College, the business had a certain cache with students who headed down from their hilltop campus, Mount Aureol, to hang out on weekends.

However, a jittery central government not quite at ease after a wave of protests soon marked Record Parade as a hotbed of political dissent.

"College groups meeting at Record Parade resulted in the first closure [of the venue]," Syl said. "The father wanted no problems with government security operatives conducting surveillance. They even entered Record Parade as customers creating an unpleasant atmosphere."

The Blakes sold up but the popular spot didn't stay shuttered for long. Two businessmen, Samir Hassaniyeh and Mohammed Wansa opened under new management and called it Laronda. The bar turned dance hall continued to be a magnet for an increasingly young crowd. In 1977, a stern old city ordinance prohibited college and school students from being inside Laronda or other city bars and restaurants,

The following year, Syl launched his startup. It was 1978.

"I opened my first business, Ram International, next to the UN (United Nations) and APC (All Peoples Congress) party headquarters buildings at Siaka Stevens Street."

The fledgling Ram International was the third cassette recording studio. "We had Tapes International and Pat Paul Recordings. They were then the big boys in the business. I upgraded mine... gave John Gbla and Dillinger the first opportunity to start singing and recording voice and lyrics over records. The song produced for the hosting of the OAU (Organization of African Unity) was done by Gbla and myself at the recording studio.

Syl also continued deejaying in clubs like Blowup and Reno before opening Sombrero, the phoenix that rose from Laronda.

"In 1979, after intense lobbying, and going through the late Walter Nicol and late Churchill Pratt, who were both in the police force and close family friends, I was able to secure permission to open it as a restaurant and night club,” Syl said.  “I wanted to keep the name (Ram International), but I was told I shouldn't.

"I started with a loan of three thousand leones (Le 3000) from a guarantor who had the confidence I had a flair for doing business. He knew my uncle who brought me up, the late Pa Graoui, who'd helped him at a point in time he needed assistance. So he sent me to Barclays Bank at Siaka Stevens Street to open the account with Le 3000. That was how I was able to pay for the club on a quarterly basis.

“I was now running from a recording business to a restaurant and night club business. And mind you I was still in my youth. But it was nothing strange; we see very young men and women in the western world rising to the challenges of entrepreneurship; living their dreams. I was privileged to be one of the youngest locals to own my own business." 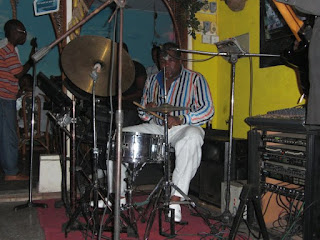 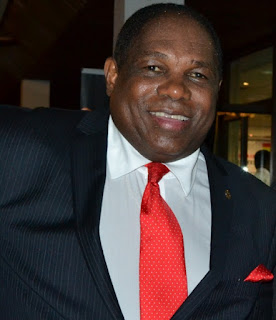