According to sources close to State House, a recent newspaper story about defective ambulances is not true. Mohamed Gibril Sesay, a presidential adviser, has denied claims that new ambulances bought by the government of Sierra Leone earlier this month have broken down. "The ambulance story is a blatant lie, all are working, and they are not second hand.”


At the beginning of September, local papers reported that the first batch of 20 ambulances ordered by the government of Sierra Leone from Dubai had arrived at Lungi. The ambulances were received by Deputy Minister of Transport and Aviation Ibrahim Mansaray and other officials from ministries of health and sanitation, and finance and economic development. According to Mansaray, the ambulances are fully equipped and brand new, one report said.

Sesay explained that some utility vehicles, which were bought quickly in-country to supply the needs of burial teams, [Ebola] surveillance teams, etcetera are secondhand.

“Almost all car dealers in [Sierra Leone] are secondhand dealers," he said, "and the ones to buy from if you want a vehicle, as we say in Krio, tiday tiday, which was what was done. Some of these secondhand vehicles broke down on deployment. And an order was given to all those involved in the purchase to ensure their replacement or face dire consequences." 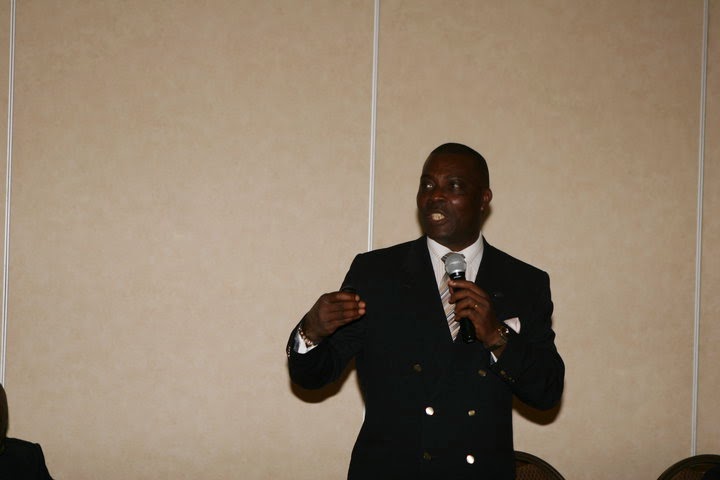 "Transport is key in the delivery of health systems. Without an effective health transport system it is unlikely the government will be able to contain this virus. We need effective transport for Disease Surveillance Officers to liaise with contract tracers; community health education and information personnel; public health officers etc.

"Such a system will also assist with our procurement strategy for the proper selection of vehicles to enhance heath service delivery especially during emergencies.

"An appropriate transport fleet must include special ambulances with resuscitating equipment; vehicles for transporting dead bodies; motorcycles for disease surveillance officers; mobile clinics and even bicycles for contact tracers.
"In 2007/08, I was involved in project sponsored by WHO [the World Health Organization] to develop an effective health transportation and logistics system for Sierra Leone. One of the objectives of the exercise was is to provide the framework through which a timely and effective mobilization of health unit staff and resources can be achieved in order to protect the health and safety of the citizens during a public health emergency, or an emergency with public health impacts.
I am not sure if the EOC [Sierra Leone's Ebola Emergency Operations Center] has a unit to focus on the provision of an efficient transport and logistics management system including an effective radio communications network to co-ordinate the movement of emergency service personnel." - Ako Mengot.


Ensuring the best value for money in procurement is political dynamite in Sierra Leone and has been for successive administrations.

President Ernest Koroma's critics counter that they have not forgotten defective ferries bought by the national pension trust, NASSIT. But the findings on governance, control and asset valuation in that agency are not the only major concern.

In one man’s “Campaign to Criminalize the Purchase of Scraps and Old Equipment/Machines in Sierra Leone,” Idrissa Conteh, based in Lubumbashi, the mining capital of the Democratic Republic of Congo, has asked for enactment of legislation criminalizing purchase of old equipment/machines and scraps by government institutions in Sierra Leone.

My motivation for the bill is derived from the fact that one of the most fertile areas of corruption in the country is through the award of contracts and the purchase of equipment. Our recent history has shown that we have an insatiable desire for scraps and obsolete equipment in Sierra Leone. We have proven our love for scraps, obsolete equipment that are sold in the West at next-to-nothing prices.

In 1996, during the SLPP era, the mayor of Freetown, Mr. Fergusson [Henry Nathaniel Fergusson was former chairman of the Committee of Management of Freetown City Council from 2001 to 2004] ordered the purchase of a sweep machine for the city of Freetown. The machine was purchased in Amsterdam at over USD 100,000 and the first day it was put on test, it broke down thrice and had to be towed away as a scrap.

A couple of months after the City Council scandal, the director of the Queen Elizabeth II Quay, Capt. Patrick Kemokai was involved in another scandal that brought the port to its knees! He purchased a forklift at over USD 150,000. The forklift collapsed...lifting a 20-ft container, crushing the operator. President Kabbah was so furious that he wasted no time in giving Kemokai a summary dismissal. Capt. Kemokai died within the same year.

The helicopter crash that killed the 22-person Togolese football delegation in 2008 is a vivid example of the dangers obsolete equipment is causing the country. Though the helicopter had been declared not airworthy to continue operations, it is on record that the Transport and Aviation Minister, Dr. Prince Harding had been bribed USD 5,000 to allow the fly[er] to resume operations. A couple of days after the scrap resumed flying, it exploded shortly before landing at Lungi International Airport after developing a huge flame. It killed all 22 football delegates including the Togolese minister of sports.

One of the first corruption scandals that rocked the APC administration under President Ernest Koroma was the purchase of two ferries by NASSIT [the National Social Security and Insurance Trust]. Though the plan was to buy new ferries to ease the burden of commuters ferrying across the sea from Freetown to Lungi and to make profit for the Trust, those entrusted with the responsibility of making the purchase chose to buy ferries not even adaptable to the berthing facilities at [Tagrin] and the Kissy Ferry Terminal. As expected of scraps, the two ferries broke down several times the day they were put on test. They were taken to Senegal for repairs at almost half of the purchase price.

The director of NASSIT, Edmond Koroma, was sacked but later appointed financial secretary in the Ministry of Finance. He and the ring leaders in the deal were fined but the fines were far below the stolen money.

The law should stipulate that government institutions can only buy new equipment and machines for safety and durability. The spirit of the law will be to take proactive measures in the fight against corruption in the country.