Burials in the Time of Ebola | Stories Behind the Statistics

October 28, 2014
Sierra Leone's capital Freetown has tripled the number of safe burials of Ebola victims in the past week and the challenge now is to expand that coordination across the country, U.S. Ambassador to the United Nations Samantha Power told Reuters on Monday.

Power is visiting to see how the world is failing in its response to the epidemic, Reuters said,

According to the report, Britain has so far committed several hundred million dollars, some of which is being used to build treatment beds, community care centers, train health care workers and burial teams.

About £10 million ($18.2m) of the latest £80m pledged by Britain to fight Ebola is dedicated to supporting burial efforts in Sierra Leone. 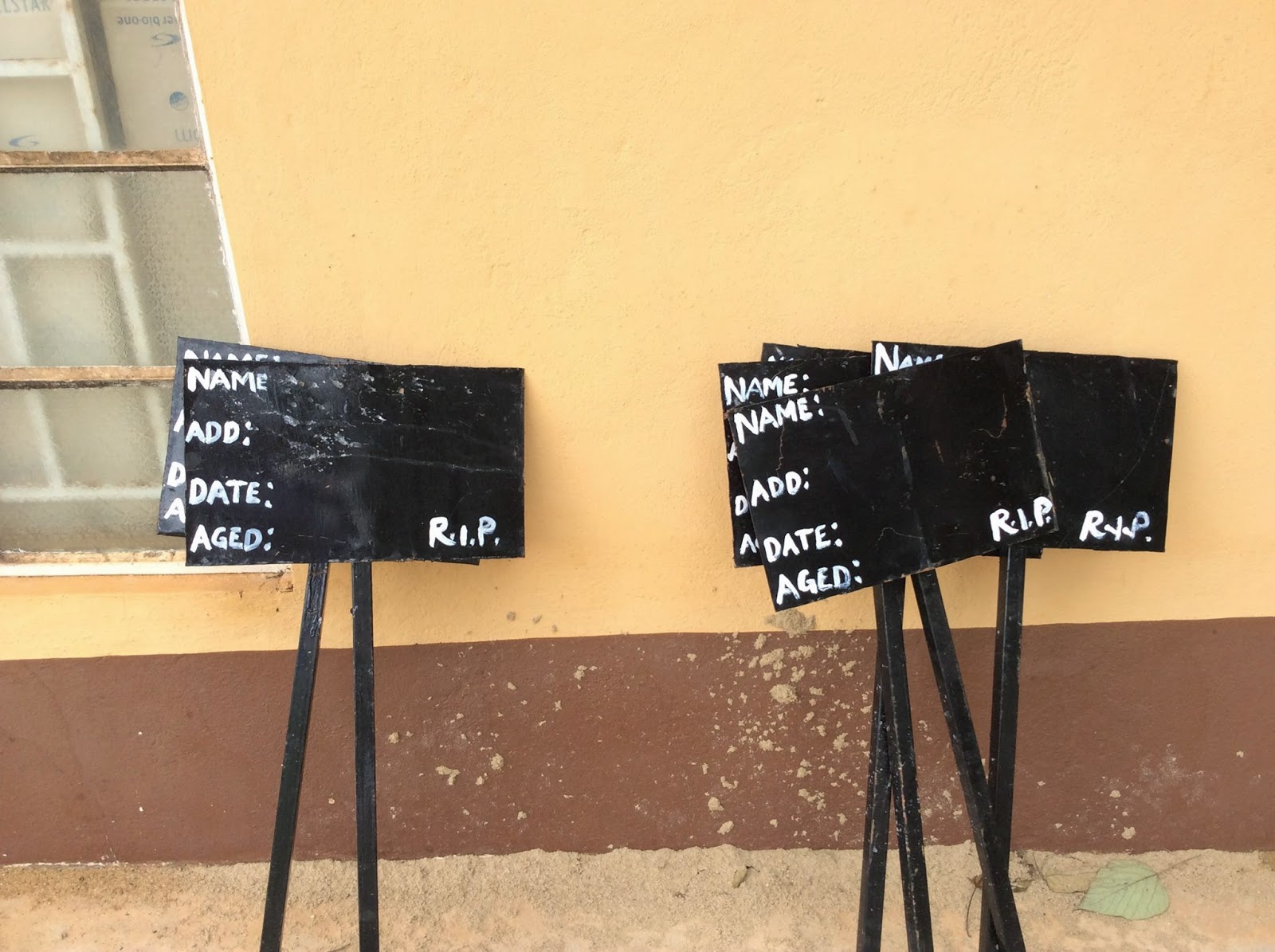 Below is one man's call and the response on  “safe burial ” reflecting views in overwhelmed communities across Sierra Leone.


"I am as mad as hell and here’s why. Just as I was getting ready to start my day, I got a call from my mother that my aunty had died of Ebola. I was saddened but not angry. However, when my mother told me how her corpse was treated it made me very angry.

"When she got sick she was taken away from the family house and when she died was buried without the family knowing. No information has been made available as to how her gravesite can be identified so that family members can visit and say prayers. I consider this an act of disrespect.

"The burial of victims of this disease without family members being notified runs against the grain of any medical or healthcare ethics that I know. People are being tossed into shallow graves like stray dogs. Everyone who has been infected or has died of this dreaded disease, deserves to be treated with dignity and some degree of sensitivity.

"Someone needs to tell our government that families are entitled to know where their loved ones are buried. Doesn't seem like [anyone] cares enough about these issues which can cause a lot of emotional pain. Doesn't even appear that this government has any policies, or enforces any policies if it has any, that will have family accompany the burial teams at a safe distance to see the final resting place of family members.

"Survivors must be informed prior to the internment of victims and graves must be properly marked and identified. I am disappointed in my president and all of his appointees and I am saying this loud and clear." - MAI


ST: This is the cry in every household. There is no coordination. It is so disheartening.

INK: I have lost four members in Bombali, only one officially accounted for. The whole exercise is not really comprehensible!

AD: Kenema used temporary markers that helped families know where their loved ones were buried. It is an inexpensive solution that should ease some of the pain.

ZOTC: I reported a similar matter a few weeks ago. A friend died of Ebola and his body was checked by the health team who said they would be back for the body in 3-4 days after the result of the swab tests. They were going to leave the body in a 2 room apartment with 7 children, a grieving wife and grandparents in the compound putting dozens of people at risk. (For) a small amount of Le200, 000 they would take away the body and (a) certificate would be issued stating cause of death. If he died of Ebola, the whole compound would be quarantined but for another small amount of around Le500, 000 they would get a Non-Ebola Death Certificate and can take the body home for a decent funeral.

JYB: (In) most cases family members are provided with a death certificate with information of how the victim died (and) the burial site. Every district has a specified area for burying Ebola victims that includes Freetown.

(These) burial sites are made known to the public but family members are not allowed to visit considering how dangerous the sites are. Every day new Ebola victims are buried in these sites so it can be hazardous.

Having family members alongside burial teams can put families at risk. Due to the magnitude of death cases and the small number of burial teams, corpses are collected from different places and later taken to the cemetery for burial.

Just last week our good friend OH lost his elder brother to a natural cause. The swab team had to go and collect specimens and the next day the Ebola burial team collected the body and buried him as an Ebola suspect because there were delays in releasing the results.

Note that OH is Special Assistant to the President on Media Outreach while his twin brother serves as a deputy minister in another ministry. They could have pulled strings and have the brother buried in the normal dignified way but they can't because these are the new laws. Our prayer is this deadly virus goes away soon so that our country and our people can return to their normal lives.