Koinadugu — Police Superintendent Mohamed Sesay and his officers have discovered a site where cattle from Folosaba Dembeleya Chiefdom are suspected to have been butchered. Cattle theft is affecting the livelihood of farmers and local people. 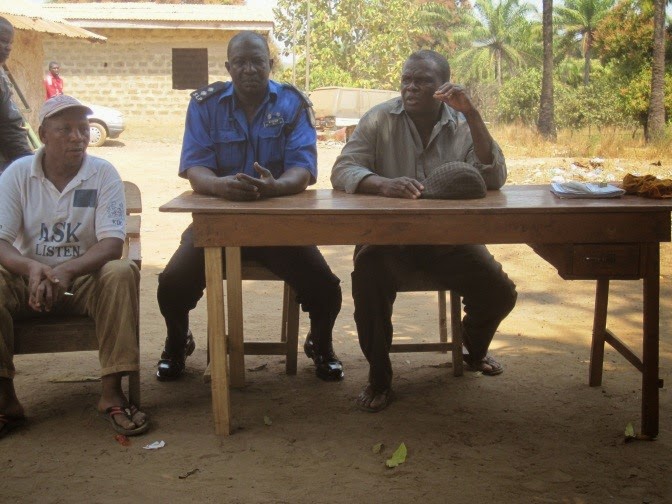 Superintendent Sesay (right) said they got reports of a missing cow from farmer-rancher Issa Barrie, who said that about eight of his cows had gone missing between June last year and January 2015. One of his weaning calves has been left without a mother.

The police boss said that his officers together with cattle ranchers went to Wawakureh village, where carcasses and bones were found in a forest clearing. He said the site is close to a stream where local people get water for their families and wash clothes every day. 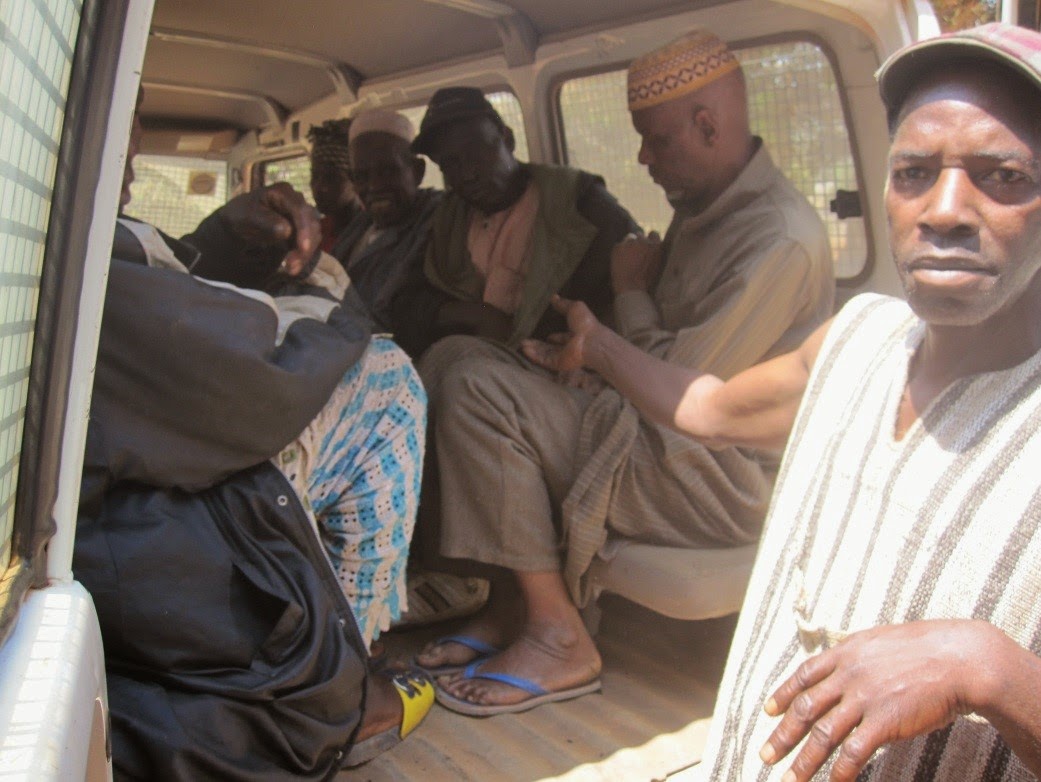 In a snap interview with some of the suspects (shown in back of police van), they denied having any hands in the crime. They said despite the closeness of the slaughtering site to their houses and gardens, they do not know who killed cattle in the clearing.

Cattle theft is not new in livestock communties in rural Koinadugu.There have been several cases in Folosaba Dembeleya resulting in the loss of more than 200 cattle.

Mongo division superintendent said it is organized crime. He explained that criminals have always butchered cows at that site and then ferried the meat on motor bikes to the district headquarter town of Kabala, where beef prices are high. 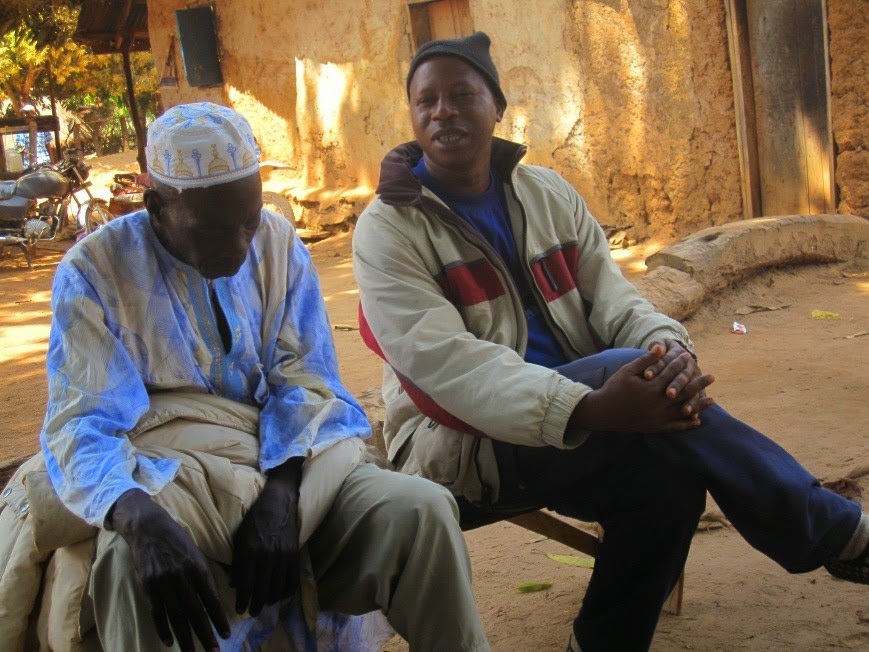 Leru Bah, chairman of the local court in Folosa Dembeleya Chiefdom, said they have by-laws which state that if a cow is killed in someone’s backyard, garden or house, people who live closest to the place where the act took place will be viewed as witnesses and held responsible for naming those who did the act or fined by the court.

“If they fail to show us the people who did the act then they will pay for the cows that were killed,” Bah said, stressing that chiefdom authorities will like to know who illegally set up a slaughtering site in that clearing.

Bah promised to work with police, adding that police told him they have only circumstantial evidence so far.

Meanwhile, the paramount chief, and local court chairman have requested that police hand over the ten suspects to the local court. 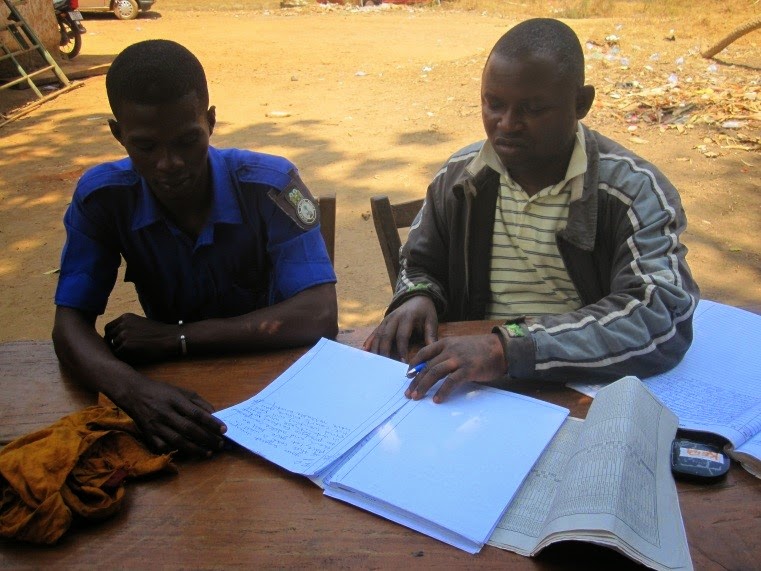 Superintendent Sesay said investigations by the police and local authorities will be conducted side by side.

Crime officer Keiter said that handing over the suspects to the local authorities does not mean that police have washed their hands off the case. He said that it is normal for police to work with chiefdom authorities especially in such critical matters as cattle rustling.

Barrie said that most of his herd have gone missing. He did not calculate the cost in Leones but said he wanted the thieves to pay, adding that if he is not satisfied with the judgment at local court level then he will ask police to charge the matter to the Kabala Magistrate Court.

All suspects have been bailed and will appear next week at the local court.


Cattle rustling has been a perennial problem in the north of Sierra Leone, Patriotic Vanguard said five years ago.

Koinadugu district, on the border with Guinea, because of its terrible road networks and isolated cattle ranches, is a prime target for cattle rustlers, the Vanguard said.

Cattle ranches in Koinadugu can be extremely isolated as cattle rearers move further and further away in search of grass for their cattle.

“Their contact is mostly by way of small transistor radios through which they listen to broadcasts from FM stations in Kabala (the district capital), Makeni (the regional capital) and stations in neighboring Guinea. They are usually armed only with knives and swords due to Sierra Leone’s very strict gun laws.

Official sources in Freetown said rustlers do not threaten national security but criminals take advantage of the fact that the police in Koinadugu cannot effectively patrol the area due to bad roads and lack of adequate logistics.