In his heyday, Hassan Bangurah travelled the world promoting Sierra Leonean art.  One of his last exhibitions at the old London Commonwealth Art Gallery from December 1978 to January 1979 was a highlight of his trailblazing career.

Bangurah'a signature artwork include sketches, drawings, oil paintings, murals, and watercolors. Along with Miranda Olayinka Burney-Nicol, another famed Sierra Leone government artist, they belonged to what an American anthropologist called the first generation of African artists who drew on European media to portray images from Africa.


Like Burney-Nicol, who studied murals and oil panting at art school in London, Bangurah graduated from the University of London’s Goldsmith College of Art. On his return from England, he worked for the Sierra Leone Broadcasting Services to develop programs tailored to an emerging post-colonial nation. He also worked as a design artist for the Mano River Union, an international association established in 1973 between Liberia and Sierra Leone.

Perhaps the most iconic is the mural for the Bank of Sierra Leone (1971). There are also memorable works such as Sierra Leone’s Right-hand Traffic Calendar (1971), a poster for the African Development Bank (1969) and the Presidential Mace (1975).


He was particularly known for depicting the famous Cotton Tree, scenery from Hill Cot road, Fourah Bay College, as well as folksy scenes and streetscapes with market traders, fishermen, and palm wine sellers.

Below are some of his work held in a private collection. The photos were taken by his daughter, Mrs. Ramzi Bangurah Bendu.

Mohammed Hassan was born in Freetown on January 18, 1933 to Pa Sorie and Yabome Bangurah. Young Hassan attended the Tabernacle Weest African Methodist Primary School and the St Edward's Secondary School in Freetown. After high school, he took up employment as an accounts clerk with the United African Company, a British company which traded in West Africa until 1987. Also a keen sportsman, he rose to captain Sierra Leone’s cricket and soccer teams in 1959 and was affectionately known as "Skipper Bangurah"

Alhaji Hassan’s service and achievement was rewarded by Sierra Leone’s honors system. He earned the national Order of the Republic and Order of the Rokel. He was also awarded medals from groups in Sierra Leone and United States. They include the Bai Bureh Star, Nyagua Medal, Matturi Medal, Milton Margai Medal, Wallace Johnson Medal, Presidential Medal, Mosquito Medal, and the Sanusi Mustapha Award. 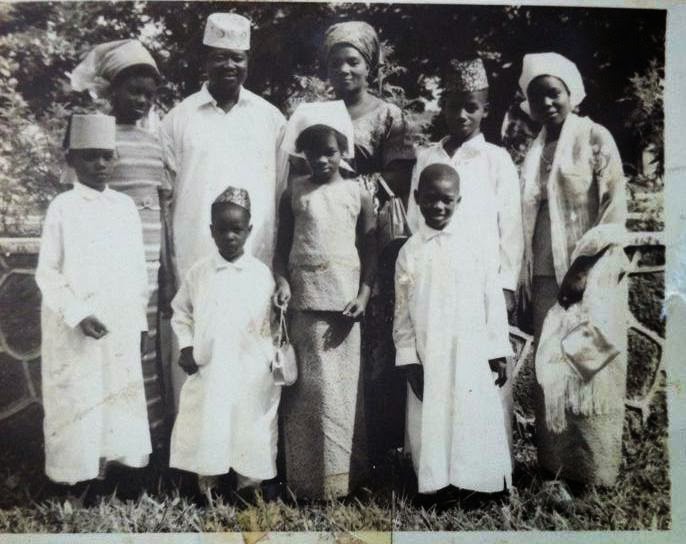 A devout Muslim, Alhaji Hasan travelled to the United States in 1988 to be with his children. He was a mentor to many and encouraged young men and women to practice the Islamic faith. He died May 27, 2005.