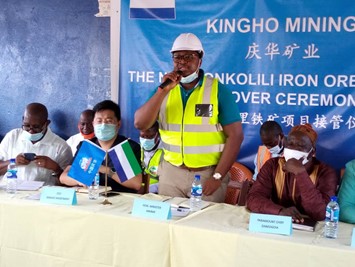 Few weeks after President Julius Maada Bio was forced to deny the rumors that the Chinese were about to build a fish factory around the pristine Whale Bay and Black Johnson beach, the West African nation is making headlines again.

On Tuesday,  a Sierra Leonean man employed by the China Kingho Mining Company, based in a northern district of Sierra Leone, had become a meme.

The video of a fight between him and a Chinese ex-pat employed by the China Railway Seventh Group had been shared thousands of times on WhatsApp, Twitter, and Facebook.

On Wednesday morning, a flurry of press releases began doing the rounds.


First was a three-page statement from the China Railway Seventh Group (SL) Co., Ltd. or CRSG. 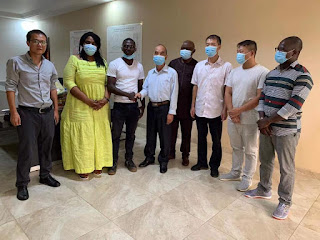 "The conflict between a Chinese staff and local staff in the repair shop was an unexpected and isolated case which did not represent the behavior or attitude of the management of CRSG and Kingho. After the incident, the person in charge of CRSG has taken necessary measures against the Chinese employee involved by criticizing his inappropriate behavior and has educated and required all the Chinese employees to abide by the laws and regulations of the country so that similar conflicts will no longer occur," the statement read in part.

The Kingho Mining Company also issued a press release on what it called the "Fighting Incident at Tonkolili Mine Site" and the video making its rounds on social media.

"The attention of management has also been drawn to a press release “A Preliminary Statement on June 8th, 2021 physical conflict incident between Chinese personnel and Sierra Leonean personnel at the CRSG repair workshop” by CRSG.

Management wishes to inform the general public that:

1 KMC condemns all acts of violence and/or physical assault on any personnel within our mine site. Yesterday’s unfortunate incident at the mine site contravened our Company policy, the Mines and Minerals Act of 2009, and other related laws of Sierra Leone.

2 KMC as a Chinese company totally condemns the behavior of the CRSG employee as portrayed in the video. As a result, the said employee of CRSG was immediately withdrawn from the mine site and the KMC employee was taken to the hospital for professional medical attention;

3 In collaboration with the Ministry of Mines and Mineral Resources and the National Minerals Agency and other relevant stakeholders, investigations are ongoing and appropriate actions will be taken immediately to avoid the reoccurrence of such unfortunate incident. We wish to assure the general public of our strong commitment to continue operating in compliance with the laws of Sierra Leone."

Sierra Leone's Ministry of Mines and Mineral Resources has yet to issue its own press release but the China Railway Seventh Group (CRSG) went on to "express regret" and remind Sierra Leoneans of the economic ties between the two countries. 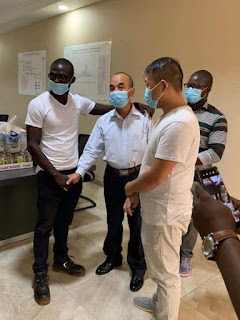 "CRSG expresses its regret for the occurrence of this incident," the statement continued. "Under the current friendly environment between China and Sierra Leone, such incidents should always be avoided. CRSG has been in Sierra Leone for many years and has undertaken a large number of high-quality engineering projects in Sierra Leone such as the LUN-POTO LOKO road and the JUBA Bridge. CRSG's outstanding performance in helping fight the Ebola (2014), assisting in the landslide incident (2017) and emergency repair process of Savage Bridge (2020) demonstrate that it is a company which shoulders responsibilities and enjoys recognition by the Sierra Leonean government and people. Over the years, it has maintained the scale of more than 1,000 local employees per year, providing a large number of employment opportunities for the people of Sierra Leone."


In September 2020, the government of Sierra Leone through the Ministry of Mines and Mineral Resources handed over the Tonkolili Iron Ore mining operations to Chinese-owned – Kingho Mining Company Limited.