Alice's Story | Once a Teacher, Always a Teacher 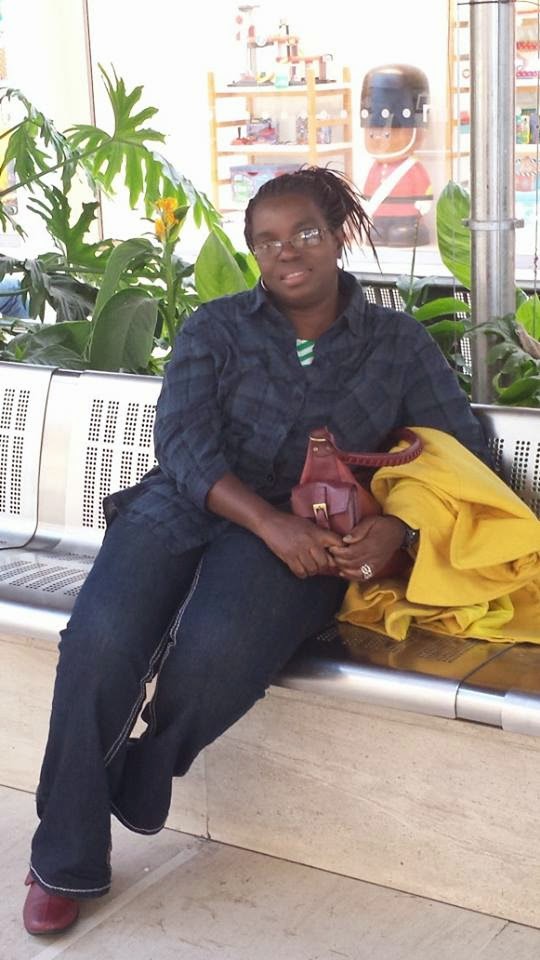 Alice Allen Macauley educates and cares for children, usually ages 3 to 5. She teaches reading, writing, math and other subjects in a way that young children can understand. Over her long career, she has worked in public and private schools, childcare centers, and charitable organizations in her native Sierra Leone, The Gambia in West Africa and in the United States of America.

In Freetown, Sierra Leone, Alice started teaching at the Roosevelt Primary School, then Ronsab, and, Murraydeen, preparatory schools. When she moved to The Gambia, she taught at the SOS School in Banjul, St Joseph's, and Amazing Grace primary schools.  Now based in Baltimore, Maryland, Alice has taught pre-school at the Milford Mill Child Development Center and Excellent Start Learning Center.

“I can say I have got the opportunity to contribute to the lives of hundreds of children across the world and for that am so grateful to God," Alice e-mailed from somewhere in the U.K., where she is currently on her summer vacation.

This is Alice's story:


Growing up as a child, I was faced with some learning challenges in my early years of elementary school. By the time I was ready to take the Selective Entrance Examination (national primary school exam taken at the end of elementary school) I started thinking of the best secondary school that will be suitable for me. By that time, I had found that I loved doing creative handiwork, Art, and sewing doll dresses rather than reading books.

My Mum gave me the opportunity to make my own choice of secondary school when I brought the entrance examination form home to be filled. Although my three older sisters attended Methodist Girls High School and my twin sister was attending Annie Walsh Memorial School, which happened to be my mum's former school, I decided to choose The Young Women's Christian Association (YWCA) Vocational Institute. I was positive that the YWCA Voc. Inst. had some special academic options for me.

I was admitted into the YWCA Vocational Institute just after it celebrated its first decade. The school was well equipped with both human and material resources. The teachers I went through during my first three years helped me a lot with learning challenges I faced in elementary school. By the time I got to my 4th and 5th years I had built lots of self-esteem. My family were so proud of me.

The YWCA Vocational Institute offered wide areas of study and each pupil learned something about sewing, cooking, home management, and typewriting.  This was a school grounded in its religious belief, as the name implied—Young Women's Christian Association.  We were taught to begin and end the day with worship and prayer. Each morning, we would sing hymns, read a Bible passage and say prayers during assembly. The teachers were like parents to us as most of them were old enough to be our mums and dads. These teachers didn’t only teach but also groomed us with good discipline, mannerisms, hard work and endurance. All that was done in the school was really centered round its motto "Competence, Devotion, Service."

Although I cannot single out a particular event during my school days at YWCA Voc. Inst., I have special memories of my math teacher, Mrs. Alice Fitzjohn—we both have the same first name; my form three class teacher, Mrs. Merinda Sesay (may her soul rest in peace)—we both had the same birthday, and my Needlework teacher in forms 1, 2, and 3, Mrs. Hutting—I was a flower-girl for her wedding when I was just 8 yrs. old.

I was a member of the Girl Guides and I had such a memorable time I continued my involvement in guiding with the Girl Guide Association of Sierra Leone after leaving school. In 1995, I led a group of Girl Guide Rangers to a two-week summer camp in Lancaster in the United Kingdom.


I thought I was going to be an accountant as I was very good at bookkeeping while in school. But I chose to be a teacher and did my Teachers Certificate, specializing in home economics, at Port Loko Teachers College. I got married to Mr. Felix Macaulay and we had a daughter, Felice, and son, Felix. We have a son-in-law Tony Lawrence and two sweet granddaughters, Omoma and Itohan.

During the war in Sierra Leone, my family was forced to take refuge in Banjul, Gambia. I continued with teaching throughout the 10 years I lived in Banjul.

Six years ago, I came to the United States of America and as the saying goes "Once a teacher, always a teacher." But this time I decided to work with pre-school children. I did certificate courses in both Pre-School, Infant and Toddlers. Presently, I am a Level Four Holder of the Maryland Child Care Credential Program and I aspire to continue to improve in this area of professionalism.