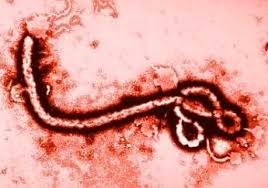 The Development Partnership Committee or DEPAC provides a forum for dialogue between the government of Sierra Leone and its development partners. DEPAC started meeting in 2003 with a focus on ensuring that the national recovery strategy was on track.

Today, President Koroma summoned DEPAC in a situation room to ensure the nation’s fight against Ebola is being waged on all fronts. Embattled Sierra Leone plans to end the spread of Ebola over the next 60 to 90 days.  A new Presidential Taskforce headed by Koroma will serve as an oversight of all Ebola implemented activities.

The taskforce will comprise cabinet ministers and stakeholders directly dealing with activities geared towards stopping the spread of the disease, the statement said.

Also presented at the emergency DEPAC meeting was the revised Ebola Response plan, developed as a result of the July 2nd and 3rd Accra Communique, which required all countries to develop Ebola response plans that will fit into the sub-regional plan of the Mano River Union countries --Guinea, Liberia and Sierra Leone--and the regional plan of ECOWAS countries.

Sierra Leone’s Ministry of Health also announced earlier this week that a new Ebola Emergency Operations Center had been set up in partnership with the World Health Organization (WHO) at the WHO Country Office in Freetown, the nation's capital.

According to the statement, the Ebola Emergency Operations Center (EOC) is co-directed by Minister of Health Miatta Kargbo and the WHO Representative for Sierra Leone, Dr. Jacob Mufunda.  The EOC will serve as the Sierra Leone National Central Command and Control Center for Outbreak Response activities.

The EOC members decided at a July 22nd meeting that the following actions be effected immediately:


Reaction to the EOC statement was swift and varied.

"The sensational announcement — posted on the health ministry’s facebook page — strongly suggests the notion that the diagnosis of Ebola using Tulane University kits at Kenema have been found to be  false or faked."

"Was Glenn Thomas aware of hard evidence showing that the lab was faking  positive diagnoses for Ebola — Tulane University? – in order to justify forcing people to undergo treatment which would give them Ebola? Did he refuse to go along with the cover up?"

"This is a most uninformed and alarmist message," observed a local leader who rules one of the 14 chiefdoms in Kailahun District affected by Ebola.


"The lab at Kenema was established after the war to test for Lassa fever and other viral hemorrhagic fever diseases The lab really should have been taken back to Nixon Memorial Hospital in Segbwema, where the Lassa Fever program was centered prior to the war and no one ever doubted its usefulness," the chief said.

"The current crisis at Kenema has nothing to do with the lab. It is with the rate at which senior medical personnel working in the Ebola patient care facilities (quite separate from the lab facilities) are dying. This is quite unlike what is happening at a similar facility in Kailahun, which unlike Kenema, is run by MSF," the chief wrote.


A US-based engineer, who leads a defense project at a California-based firm charged with developing an early detection and warning system against  biological agents, had this to say:

"Any virus that could kill humans in a short span could be used as a bioweapon. Ebola and Lassa are in the same class of viruses that cause hemorrhagic fevers​.

"Imagine a warhead fitted with a means for wide-scale dispersal of the Ebola virus into enemy territory. That's the basis for the US interest. They want to come and learn the most about the virus in its most active form...during an ongoing outbreak, so that they could start to develop vaccines against the threat. Vaccines to protect their people and their military in case an enemy decides to unleash such a virus on them. Vaccines that would benefit us in Sierra Leone and elsewhere in the world. That is why their work is important. That is why they need to be in Kenema, and couching their working under the bioweapons program is a sure way to get it funded by Congress. No they are not developing bio-weapons in Kenema!"

According to a July 14 press release from the US Army Medical Research Institute of Infectious Diseases,  laboratory testing site in Kenema is supported by the Armed Forces Health Surveillance Center-Global Emerging Infections Surveillance and Response System.

In collaboration with the host country, the site enables collection of samples that can be used in research toward new medical countermeasures, and allows U.S. Army Medical Research Institute of Infectious Diseases (USAMRIID) to evaluate the performance of previously developed laboratory tests using samples collected on-site, the statement said. The Institute hopes to eventually obtain viral isolates for medical countermeasure development and receive data on the performance of the diagnostic assays.

In addition to providing laboratory testing and training support for the current outbreak, USAMRIID has provided more than 10,000 Ebola assays to support laboratory capabilities in Sierra Leone and Liberia. The Institute also supplied personal protective equipment to Metabiota Inc., a non-government organization (NGO) involved in the testing.

"This collaboration allows USAMRIID to bring our expertise to bear in responding to an international health crisis," he said. "In addition, it enables us to test the medical diagnostics that we develop in a real-world setting where these diseases naturally occur."


"Medical diplomacy" has a complex history with a range from diabolical outcomes to highly plausible successes for partners," commented a US based  international and development affairs intercultural communication expert of Sierra Leonean descent.

"As for the project, as long as capacity is created to train Sierra Leoneans to master research,  management, and delivery, should the need arise on the subject at hand, it is sound medical diplomacy.

"If on the other hand it is only Americans who are involved in the nitty gritty, hands-on aspects of the research in its  entirety,  then it is a very sad case of bad diplomacy to have that facility in Sierra Leone.

"If properly negotiated, Sierra Leone could be THE country, with Sierra Leoneans at the helm to carry out such work for the entire African continent. This could also be a bonanza for nurturing a much needed R&D culture and attitude within the wider context of security and diplomacy. I am thinking big here unreservedly."