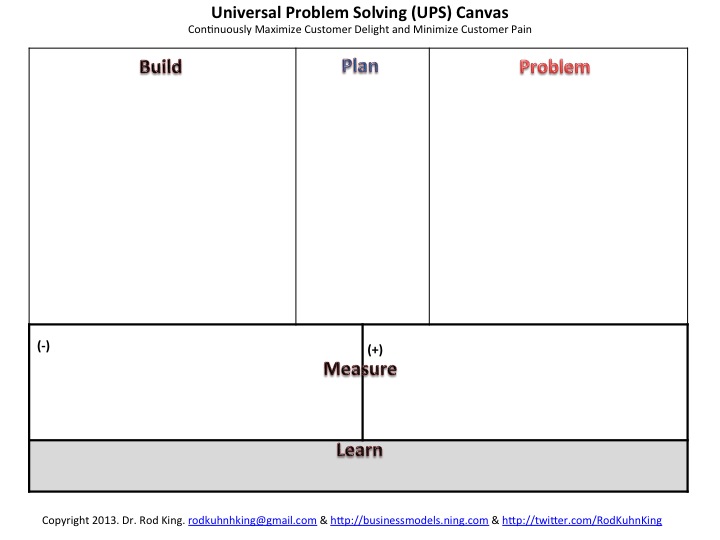 Founded on Monday, 6th April 1925 as the first Science institution in West Africa, the school named for the Prince of Wales has produced some of the best and brightest over generations. Sadly, funding from the government of Sierra Leone hasn't kept up.  Plans are reportedly underway for local architectural and engineering firms to do a study on the rescue and rehabilitation of the school's seafront on the city's “injured coast” and a study on the renovation of the storied school.

Rod King, who hails from Freetown, attended the all-boys public secondary school where he was a head boy (valedictorian) in 1976. After completing high school, he attended Fourah Bay College, the University of Sierra Leone, where he graduated in 1980 with a bachelor's degree in civil engineering. He worked for five years as a civil engineer at Techsult & Co. Ltd, a civil engineering consultancy in the capital, before leaving the country to complete his master’s and doctorate degrees at the University of Stuttgart in Germany. Later, he lectured in Scotland for a decade before moving to America in 2003. In the United States, Rod currently practices as a problem-solving consultant, an inventor, and author.

News: What does a problem-solving consultant do?

Rod King: I help individuals, teams, and organizations to develop innovative ideas, products, services, and business models that efficiently solve their problems. My mission is to help collaboratively solve the world’s greatest problems.

As an inventor, I’ve invented a visual search engine that was the basis of a US venture-financed technology company, where I was a chief executive officer (CEO) and Innovation Architect. I invented the visual search engine’s fractal technology, which has both U.S. International Patent Pending. The fractal technology system has also been applied to a software application that can be used to visually organize and manage ideas in any project. The fractal technology, which is designed to solve the problem of information overload, can be used to visually organize and manage on a single page an almost infinite amount of information such as on the Internet.

Recently, I’ve developed a simple visual tool called the “Universal Problem Solving (UPS) Canvas,” which can be used to collaboratively solve problems in any domain. Another invention of mine is a problem solving, social network (PSSN) which is an online platform for solving problems as well as collaboratively managing time, tasks, and projects. The PSSN can be considered as a seamless integration of the functionality of social networks such as Facebook, Twitter, and LinkedIn. Unlike, those social networks, the PSSN can be used for systematically solving problems and managing projects. The PSSN is being beta-tested by university students, professionals, and non-profit organizations here in the U.S.

Also, worthy of note is my invention of a “Business Theory of Everything,” which synthesizes on a single page all known methodologies for business strategies. A business theory of everything has so far been the holy grail in strategic planning, which has seemingly conflicting frameworks for developing competitive business strategies.  The Business Theory of Everything, through use of its key tool of the Disruptor's Arrow of Time (which I developed), visually resolves this conflict. My seminal article on the Disruptor’s Arrow of Time was published last year in an international peer-reviewed journal on Mobile Computing.

On a different note, I invented the world’s first software that invents magic (conjuring) tricks. This magic trick software was mentioned in a Wall Street Journal article by Jeremy Wagstaff.

Last year I was the main author of the book, “Underdog to Top Dog: How Leaders Like Steve Jobs and Apple Create Disruptive Business Models.” The book's content was developed with the help of fifty-six collaborators from twenty countries around the world. The book reveals how disruptive innovators such as Steve Jobs and Apple systematically create products like the iPod and iPhone.

News: How does all of this impact Sierra Leoneans?

Rod King: Like many countries, Sierra Leone has lots of problems. Unlike many progressive countries, Sierra Leone has not effectively solved her problems. The consequence is that problems in Sierra Leone seem to be increasing rather than decreasing in terms of number, scale, and scope. The future of Sierra Leone lies in the ability of Sierra Leoneans to rapidly solve her problems, especially with the help of disruptively innovative products, services, business models, and institutions. However, to date, it has been difficult to teach people how to effectively solve problems and disruptively innovate in any domain, especially under conditions of uncertainty as we have in Sierra Leone.

Helping Sierra Leone to rapidly solve her problems was my key motivation in developing the visual tool of the Universal Problem Solving (UPS) Canvas. The UPS Canvas can be used by everyone: from pre-schoolers through elementary and high school students to professionals. With the UPS Canvas, people in all walks of life in Sierra Leone can independently as well as collaboratively solve problems and share solutions using a standard template.

Using the UPS Canvas, communities in Sierra Leone and especially high school and college students can systematically identify and solve problems in their communities by creating innovative products, services, and business models. By “canvassing” Sierra Leone in this manner, we could rapidly unleash the potential of Sierra Leone as well as her people while increasing the national quality of living. We intend to collaborate with programs such as Prof. Dr. Jimmy Kandeh’s “Teach For Sierra Leone” and David Sengeh’s “Innovate Salone” to make this dream a reality.

News: What's the next big thing in your field?

Rod King: In the field of problem-solving and innovation, I believe that the next big thing is a simple “convergent” or “all-in-one” tool. In the field of consumer electronics, the iPhone was a simple convergent tool that seamlessly integrated a smartphone, music player, and Internet browser. Simple convergent tools are inevitable in all domains because of their high efficiency and value. I often ask myself, “Wouldn't it be great, if we could have one tool with which we could solve all our problems while achieving our goals?”

In the field of problem solving and innovation, too many disparate tools have emerged to deal with ever-increasing problems. Different tools are used by different specialists to solve different classes of problems. The result is what I refer to as the “Tower of Babel (TB)” syndrome: too many professionals are speaking in many different languages or dialects when solving multidisciplinary problems and creating business models. The result is that professionals cannot share knowledge of what may be common problems and solutions in diverse domains. Many professionals, therefore, waste time, money, and other resources when communicating and solving problems in multidisciplinary projects. Many complex problems appear intractable because of TB syndrome.

With an all-in-one tool for problem solving and innovation such as the Universal Problem Solving (UPS) Canvas, professionals could use a common language to solve problems and innovate on products and services. This could result in significant savings of time, money, and other resources all over the world. Also, the quality of the solutions would be higher as knowledge sharing is facilitated within and across domains. I believe that the world’s greatest problems can be solved faster using the UPS Canvas.