“Teenage Pregnancy Balloons in Sierra Leone” blared a newspaper headline this week, reporting concerns raised at a summit organized by the African Youth Conference against Hunger in Freetown. In one village in eastern Sierra Leone, a 14-year-old mother who has three children spoke about the organization she'd set up to empower other teenage moms in her region. But the social entrepreneur is not alone in her drive to help.

"The organization will offer free tuition throughout secondary school," Peagie told Sewa News from their home in Sweden. "I will also fight to put in place all teenage mothers need to succeed."

"It's not easy for a girl child but if they happen to fall pregnant," Peagie said, it's not the end of the world.

Below are excerpts from our conversation 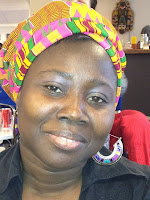 Sewa News: How do you plan to address all the factors leading to an increase in teenage pregnancy and teenage motherhood?

Peagie Foday: At 15, on the eve of my O' Levels, I got pregnant. Of course the boy, a former neighbor, a child himself, was nowhere to be seen till my son became five years old. This tells me that as a teenager, I should have had protected sex.

As someone who has walked the walk of these girls years ago, I plan to share my story through discussions in communities and schools in Sierra Leone -- of how the teenage body is never mature and ready enough to carry a baby thus facing high risk during pregnancy and  delivery. I was very lucky, at 15, to be placed in the care of my aunt who was a [medical] doctor in Kenema, east of Sierra Leone. She assured that I had good healthy food and the necessary healthcare. Even at that I had a Cesarean as the pelvic was too small. I know for a fact that 99 percent of these girls are not as lucky as I was.

My story will show them how difficult teenage motherhood is especially in a country where traditional beliefs play a very important role -- frowning on pregnant teenage mothers instead of supporting them. Of course as most often in such cases, the boy walks away with no responsibility. I will also focus my discussion on parents in order for them to support the girls to go back to school. I will talk about sexual behaviors and encourage them to have protected sex.

In collaboration with organizations like Noak’s Ark in Sweden we will provide free condoms and prevention discussion to teenagers -- both boys and girls. This will also help them stay STD [sexually transmitted disease] free. It is also my aim to incorporate parents in these discussions because for a long time our Sierra Leonean tradition has made it taboo to talk about sex. I will help change attitudes and show the advantages of healthy sex conversations with their kids and engage the government in my discussions.

Sewa News: A recent study said teenage pregnancy contributes to the low levels of girls attending secondary school. Between 2000-2007, just 17 percent of girls and 21 percent of boys attended secondary school, according to the UNICEF’s 2009 State of the World’s Children report.

Peagie Foday: My mantra is: no girl should drop out because of pregnancy. So though its unfortunate that Sierra Leone does not have in place facilities where teenage mothers, who drop out can leave their kids, my priority plan through the Peagie Woobay Scholarship Award Fund is to pay tuition for as many teenage mothers to go back to school and have daycare in their communities to help them accomplish their goals. I also plan to empower others to engage in vocational activities like tie-dye, traditional jewelry using local products, sewing and marketing their own craftwork. I will help them think outside the box and upgrade whatever they produce so they are also scaled up in quality.

I also plan in collaboration with local banks to help set up micro credit enabling them to set up small businesses of their own and also offer numeracy classes to help them manage their accounts, the basics to be able to manage their businesses

Through my programs I will also help them to be determined and stronger as women and to think positively as mothers.. This will motivate them to continue to fight for survival. I am going to be their mentor, their role model.

With the support of my parents,  I gave birth to my child by Caesarean section (as my pelvic was too small) under the watch of Dr. Theresa Ganda in 1987. Determined, I went back to school, then university.  I strengthened myself through education, grew into a young nice lady, but was not brave enough to face life in my country so I fled  to Paris, France, studied administration and I lived and worked for twelve years as a project manager.

I moved to Stockholm, Sweden, in 2008 where I work as an administrative and finance officer at the Embassy of Malaysia. David, my son aged 26, a graduate himself, lives and works in London. 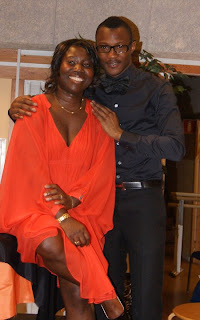