Carol Sallymatu Bangura got a shout out from the  GWB (Green, White and Blue) Commission on International Women's Day. But GWB, a leading event planner for the District of Columbia's metropolitan west African community, wasn't just celebrating Bangura's past accomplishments that won her the 2012 "Humanitarian Award." This year's recognition was more about the great strides Bangura has made since.

Schools Without Borders, Inc., the non-profit educational support organization she founded for African and Caribbean children in Philadelphia, has helped diverse students in the program improve their scores in state proficiency standards and assessments. SWB has also helped adults in GED preparation and in raising their literacy levels. Early in 2013, the Philadelphia-based SWB center started a new academic language program; just in time for International Mother Language Day. To mark the occasion, Bangura  also went to the nation's capital to discuss culturally and linguistically appropriate bi-literacy programs for immigrant children of African and Caribbean descent. Recently returned to America from Sierra Leone where she has relocated with her family, she paused long enough to give Sewa News an e-mail interview.

Sewa News: Why are you so passionate about language and culture?

Carol Sallymatu Bangura: Other immigrant communities maintain their language and culture for generations in America. The Hispanic and Asian communities are key examples. Their languages are supported in the community, city, state, and federal agencies; schools, K-12, and at the college level. After the initial transition from our respective countries, first generation Africans assimilate into the African-American culture and we lose our language and culture. I have many friends and family members that do not speak their native tongue to their children. In my opinion, it is due to the challenges and stigma often attached to being an African. We are teased and bullied, often times by the very people whose language and culture we are blending into. I believe it is important for us, especially for the sake of our children and unborn generations, that we maintain our language and culture. In the case of children, it is unfair for them to attend schools where other children, either born outside of the U.S. or first-generation (sometimes third and fourth) receive bilingual education. It promotes an atmosphere of un importance and disregard for us as Africans.

Sewa News:  Over in Sierra Leone, you've joined forces with United Way to head and develop United Way Sierra Leone. What does it mean for the west African nation?

Carol Sallymatu Bangura: I approached United Way Worldwide to discuss the possibility of United Way Sierra Leone (UWSL). After a series of conversations, a Skype interview, and "no's," I was eventually granted permission to establish UWSL. It definitely has not been easy. I've had to reorganize the founding board members a few times in order to find the right fit. UWSL will begin from scratch and will depend on us doing our own fundraising, which can be challenging. We have to raise funds, create awareness, and sustain the organization. It will take a certain level of commitment financially as well as in terms of advocacy.

The ability to obtain permission for UWSL speaks volumes to my work as an educator and my track record in advocacy. United Way, as you may know, is a household name in America and a force to be reckoned with. UWSL will prayerfully follow the path that has been laid out for us. Our initial focus will be on girls education with the possibility of expansion. The current U.S. Ambassador [Michael S. Owen] has agreed to be an ex-officio board member so I'm definitely pleased with the progress.

Sewa News: You recently announced that in honor of Women's History Month, Schools Without Borders (SWS) is launching the pilot of the "SWS Girls Read Across Sierra Leone" program on March 30.

Carol Sallymatu Bangura: Man proposes, God disposes. The launch of Read Across Sierra Leone, a program for girls, was moved from Lungi to Freetown because of accessibility. It was rescheduled to April 6, 2013 in conjunction with the kickoff of the Girls Spelling Challenge. While it is easy to plan a launch on paper, dealing with logistics and schedules on the ground in Sierra Leone is another matter. The current U.S. Ambassador, Michael Owen, attended and gave remarks which demonstrates the credibility of my work as founder and chief executive officer of Schools Without Borders.

Sewa News: Tell us about "Sallymatu" the face of the program; and the design competition for female participants.

Carol Sallymatu Bangura: The face of Read Across Sierra Leone was created from my childhood picture. Sallymatu is a character and name young African girls can identify with as far name and features. The plan for the design competition has been eliminated as I made the decision to use the word "READ" to convey the message." 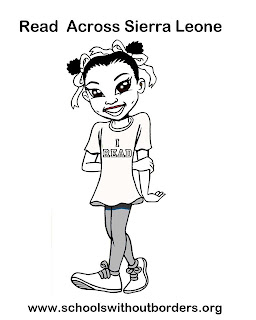 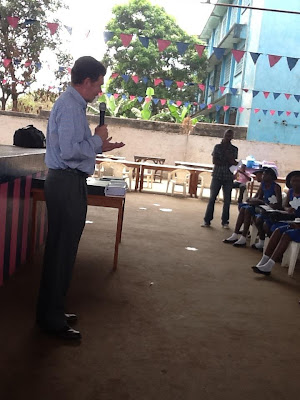 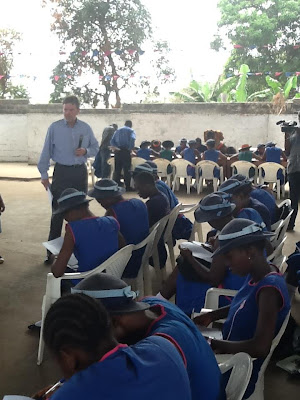 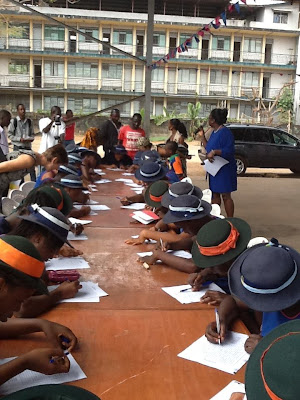 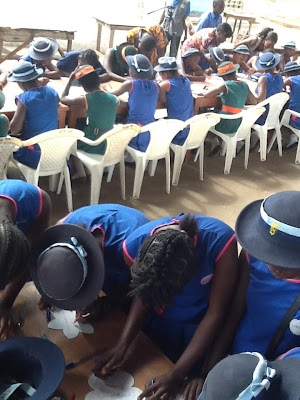 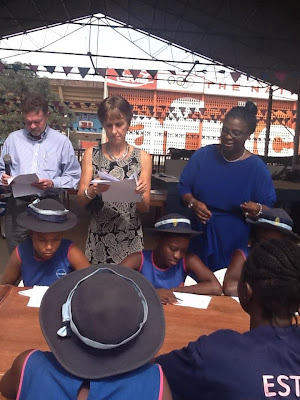 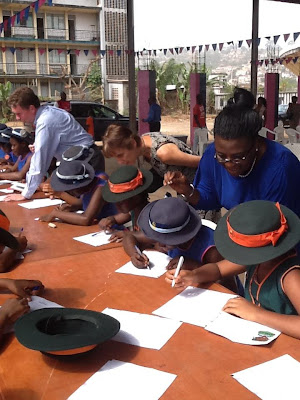 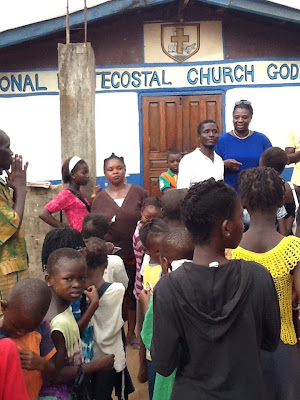 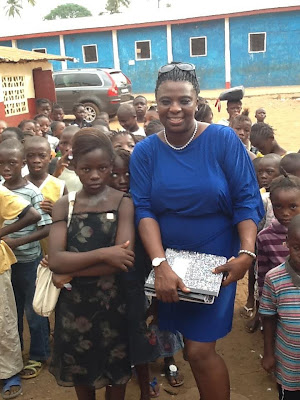 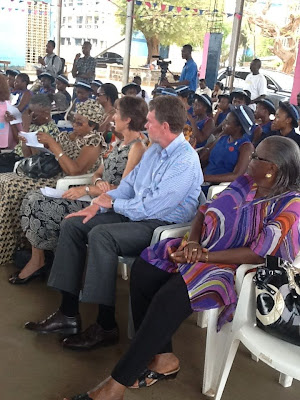 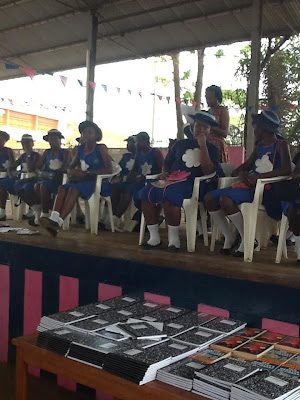 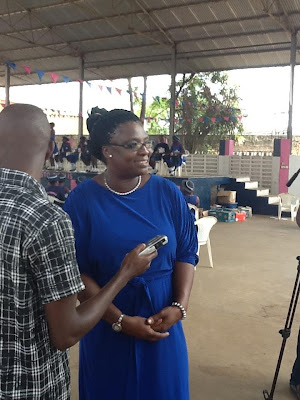 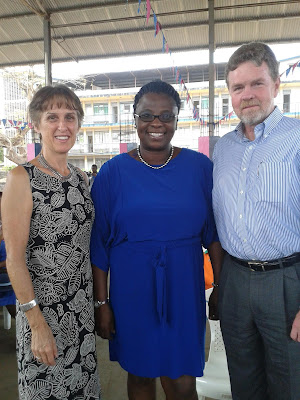 Sewa News: Lastly, your book "Sallymatu's Soup," has been selected to be exhibited at the "New Title Showcase" of BookExpo America 2013 in New York. Tell us about it.

Carol Sallymatu Bangura: I received an e-mail about the showcase from the publisher. I was shocked as I never heard of it and was surprised my book was relevant in the grand scheme of things. I look forward to seeing how this develops and what it means for my book.