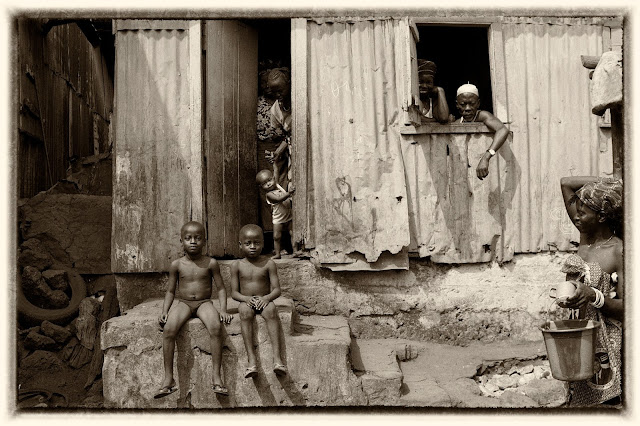 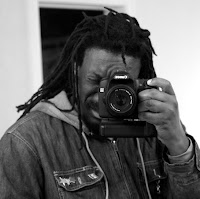 In an exclusive interview with Sewa News Stream, the multi-talented Les Rickford of Sierra Leone describes his approach as a writer, how he got into music, and the beautiful photography we've come to know and love.


Sewa News: You're a writer, music impresario, activist, and photographer. You're good at a lot of things but what do you like doing best?

Les Rickford: I tend to follow my passion so it is different things at different times, and sometimes everything together.  It’s amusing to me and baffling to my younger children because here in Dallas I’m known as Les the photo guy or photographer, but then someone will pop up who hasn’t seen me since my years in England and start talking about Les the music promoter or Les the dj and the kids just stare in disbelief or roll out a thousand questions.

As a writer I am currently working on an episodic memoir.  I believe everyone has a unique story to tell and mine encompasses being born to a young African student mother in London who married a white Englishman 26 years her senior, that became my adopted father.  I was born in rural Sussex, UK, have lived, studied and worked in Sierra Leone, England and the United States, and worked myriad diverse jobs and careers.  I believe that sharing our stories and experiences breaks down barriers, defeats stereotypes and enables mutual understanding and tolerance.

I love music, theater, poetry and many other art forms but never considered an artistic career growing up.  I dabbled in my spare time until I moved to Manchester not long before my first daughter was born.  At the time I was feeling the weight of what I perceived my family’s expectations were of me, and how they seemed at odds with what I wanted to do, though I was by no means clear in my own self what that was.  I knew (and had done for about 10 years) that I wanted to knot my hair and grow dreads but had always balked at starting as I knew there would be a strong negative reaction.  I felt that if I could not find the courage to express myself at that point (age 25), I probably never would.

In Manchester I locked my hair and immersed myself in the artistic and activist community.  I worked as a trainee sound engineer, got involved in event promotions and started to write.  After a couple of years I had the opportunity to train as a music agent and festival promoter with WOMAD (World of Music Arts and Dance) and moved to Bristol.  That got me well and truly involved with what was (and still is?) called world music.  I loved the eclecticism of it all, but particularly the opportunity to hobnob with a variety of African artists, some of my reggae heroes, and the chance to bring in some Sierra Leonean musicians as well.

After WOMAD and Bristol, I moved to London where iconic Sierra Leonean dramatist Dele Charley persuaded me to apply for the job of artistic director at Yaa Asantewaa, an African and Caribbean Arts Center.

Sewa News: What inspired you to take up photography?

Les: Rickford: My adopted father was an enthusiastic amateur photographer.  He would take pictures EVERYTIME family got together, or when we went out, any occasion really.  From a very early age he would encourage us to take pictures as well.  At age 14 while at boarding school in England, he bought me my own SLR camera and I have been a photographer since then.

Les Rickford: Thank you for putting it so kindly.

I view myself as a documentary photographer rather than a fine art photographer most of the time.  Wherever I find myself in the Diaspora I like to photograph Sierra Leoneans doing what we do.  How we live.  I love photographs the older they get.  One gets to remember bygone fashions, people that are no longer amongst us, our youth.  I remember once sifting through some photographs I’d taken at a Sierra Leone Chamber of Commerce (London) event about a decade earlier.  There were a couple of shots of this vaguely familiar looking gentleman and one of his adult children. A friend had asked me at the time to take a photo of his uncle who had worked for years at the UN and was returning to Sierra Leone.  A few moments of staring at the photo and I realized it was former President Ahmed Tejan Kabbah.  I wondered whether at the time I took the photo, the subject knew that the presidency was in his destiny and all the drama that his tenure would encompass.  I get a kick from that sort of thing.

When in Sierra Leone I like to  photograph the good, the bad and the ugly.  There are lots of beautiful scenic pictures to be made in Sierra Leone, but I also like to photograph what I see as the day to day conditions of the majority of people.  People waiting for transport for hours on end, the living conditions in pan-bodi’s, fetching water and the like.

On a trip to Sierra Leone last year I was challenged by a police officer whilst taking photographs from a vantage point in Racecourse Cemetery.  He was offended because he thought I was taking photographs of a huge rubbish tip in the middle of the cemetery.  He felt that I was one of those who, “come and take ugly pictures, take them abroad, and malign the reputation of President Koroma.”  I assured him that was not my intention and pointed out that I was standing on the rubbish tip as a vantage point from which to photograph the shanty town that had sprung up underneath a nearby bridge.  This seemed to satisfy the officer and he let me be and left. It was left to me to wonder why the unplanned waterside community where young children and pigs waded in the same stream would be less detrimental to the government’s reputation than the rubbish dump. 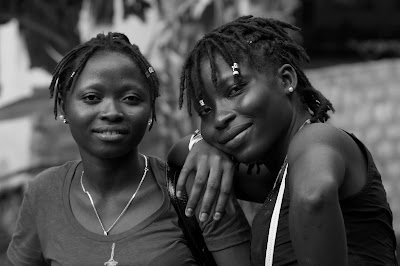 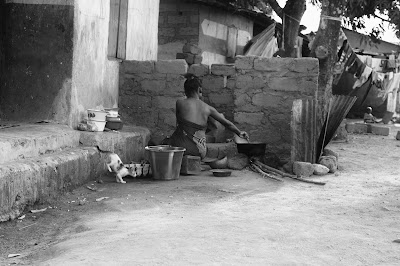 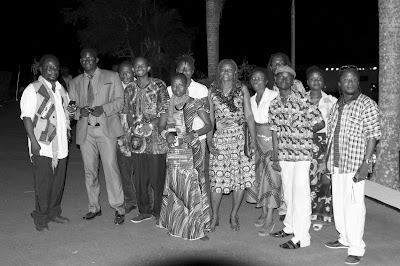 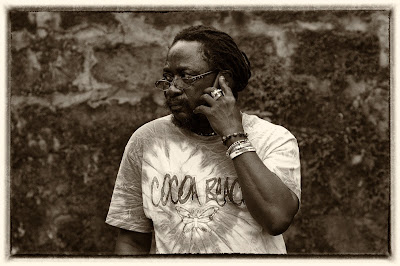 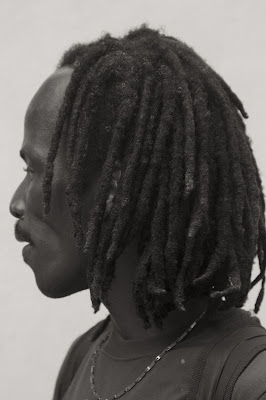 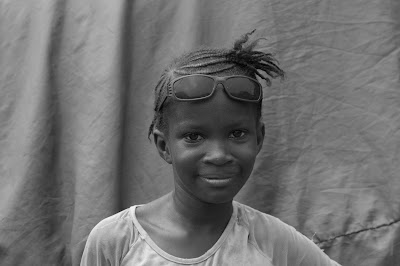 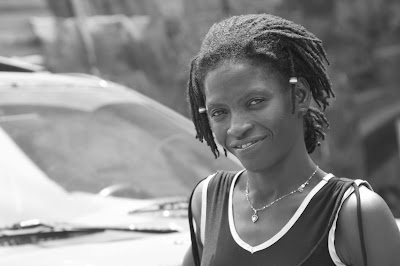 Another constant theme in my photography is informal portraiture, especially black and white. I get a thrill when those images make an impact on viewers.  I believe that if the photographer is able to connect with the people being photographed, the images gain an intangible benefit.