Sierra Leone | Our Iron Ore, Gold and Diamonds for the Greater Good 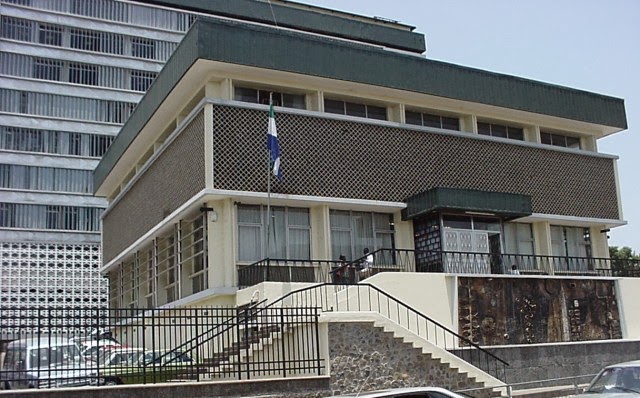 Everyone in Sierra Leone is a paper millionaire. Just like the Norwegians, who we're told are sitting on the world's biggest sovereign wealth fund.

Norway's Government Pension Fund Global, or sovereign wealth fund, reportedly ballooned due to high oil and gas prices. Money in the fund is equivalent to about $165,000 per person as of today.

In 2012, Presdent Koroma's campaign manifesto said he aimed to impose "optimal taxation on mineral assets" to boost state revenues, and set up a sovereign wealth fund to manage a portion of the proceeds.

A state-owned investment fund would invest in real and financial assets such as stocks, bonds, real estate, precious metals, or invest globally funded by revenues from commodity exports or from foreign-exchange reserves held by the central bank.

In June 2013, Bloomberg reported Africa's growth in sovereign funds. Six months later, the FT  remarked on the expansion of sovereign funds in Africa and the increasing number of African countries creating funds to save commodities revenues.

Over the past two years, FT said, oil producers Nigeria, Ghana and Angola established sovereign funds, managing $1bn, $100m and $5bn respectively, opening a new chapter for Africa. Other countries are likely to follow over the next decade, a chief economist at the African Development Bank told the FT.

The continent's biggest sovereign wealth fund is Algeria’s $77.2 billion Revenue Regulation Fund, according to the Sovereign Wealth Fund Institute. It is followed by the $65 billion Libyan Investment Authority and Botswana’s $6.9 billion Pula Fund.

With top growing Sierra Leone expected to have fast growth in 2014 and overtake South Africa in the next five to 10 years in terms of growth, it's high time we ask whether Sierra Leone is putting her surpluses into government-owned funds designed to manage the country’s wealth for future generations.